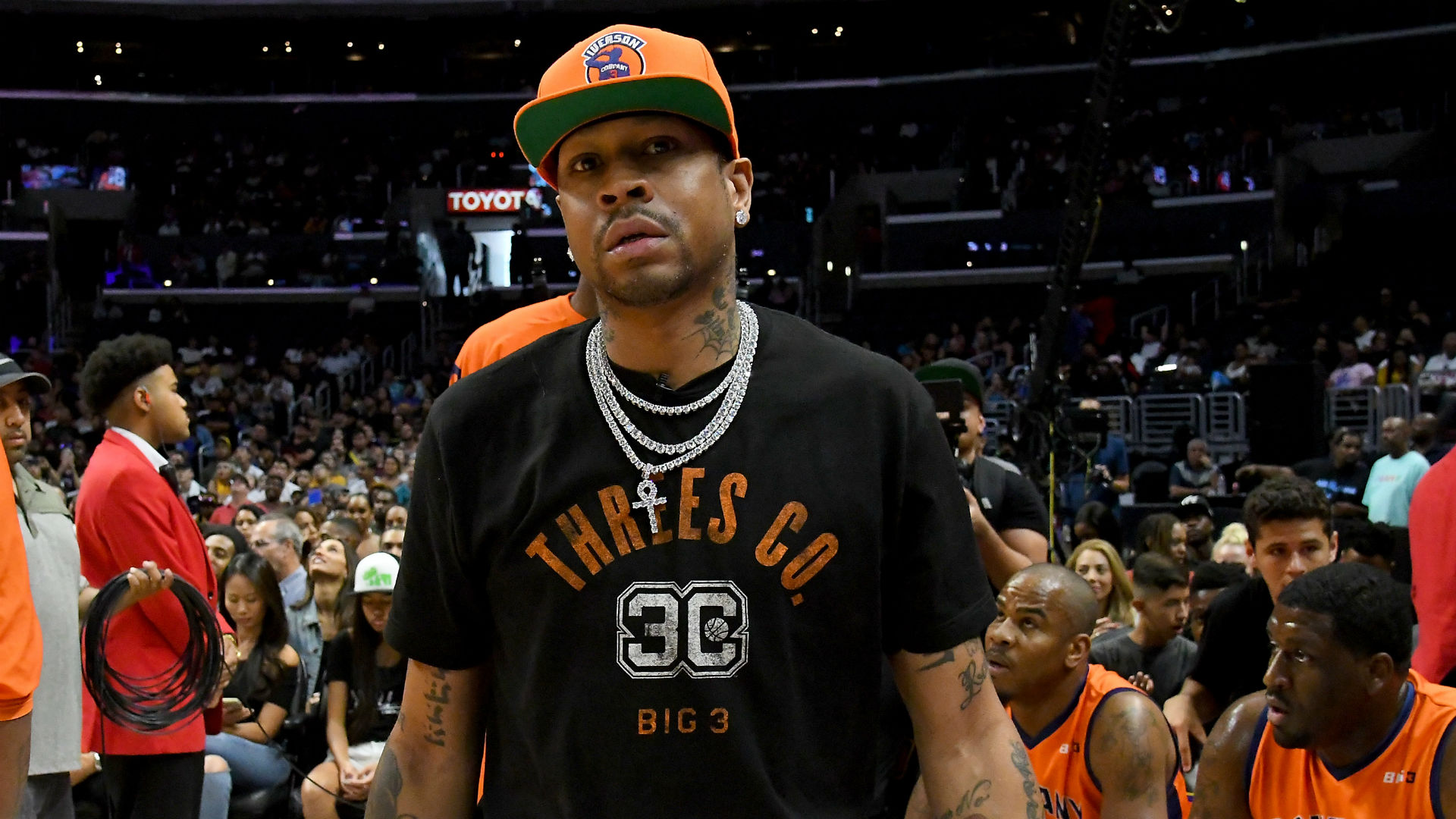 Allen Iverson isn’t over the things a particular TV sports personality has said about him over the years. Iverson said so during an apperance on the “All the Smoke” podcast with Stephen Jackson and Matt Barnes that dropped Thursday.

AI didn’t want to drop a name, although he did specify it wasn’t Skip Bayless. But Jackson and Barnes said they knew who it was.

(Language warning for the clip below.)

Allen Iverson has a message for a certain TV personality

“The way you hate me, motherf*cker I hate you too…you and your daddy.” 😳

“I know you know who I’m talking to. I know you hate me, and trust me, trust me, I don’t hate nobody … yes, I do. I hate you,” Iverson said while looking directly into a camera.

MORE: How Stephen A. Smith supposedly ruined an AI-McGrady pairing

That sparked a midday Twitter mystery. The “and your daddy” had people thinking perhaps Howard and Spike Eskin of Philadelphia sports talk infamy (Spike tweeted that Iverson barely knows him), but all roads soon led to one primary suspect: Outkick the Coverage pundit Jason Whitlock.

I think it’s Whitlock, AI said it isn’t Skip and he’s been on Colin’s show, and we know AI and Stephen A are close

Jason Whitlock: “Allen Iverson, to me, confused a lof of these young NBA players into thinking they were selling hip hop records instead of selling basketball.”

AI is 100% talking about Whitlock here. Whitlock is a sellout and quite possibly the worst “sports analyst” ever. https://t.co/j99kJLxiC8

The “daddy” part created a second fishing expedition that pulled out Clay Travis, the Outkick honcho whom Whitlock has joined from FS1, but that’s circumstantial at best.

September 2016, on FS1’s “Speak for Yourself,” just before Iverson was to be inducted into the Basketball Hall of Fame. Whitlock reiterated his long-held opinion that Iverson’s hip-hop persona damaged the NBA.

December 2009, in a column for FoxSports.com, back when it was still doing the printed-word thing. Whitlock flamed Iverson, essentially calling him an overrated, uncaring diva.

It was off to the races from there.

May 2008, again for Fox, trying to make a connection between Iverson and Carmelo Anthony’s tattoos to TV ratings for the NBA (the original version goes to a 404 page).

“Allen Iverson and Carmelo Anthony have more tats on their hands than the entire Spurs roster.

“I know many of you probably think the number of tattoos doesn’t influence viewing habits. You’re wrong. Like everything else televised, appearances matter. There’s a reason you don’t see nude scenes in movies with fat people. Trust me, fat people have sex. It’s just no one wants to see it. Not even fat people.”

August 2004, in a column for ESPN.com, when Iverson and Team USA were crashing out of the Summer Olympics. This time he offered a backhanded compliment (“Hey, don’t diss AI and the boys when playing for the Red, White and Blue”), but then a shot:

“We owe Iverson support when he’s representing us abroad. Save the hatred for when he’s back home skipping Sixers practices and boring us to death playing a two-man game with Glenn Robinson.”

Whitlock, who testified Thursday before the U.S. House Judiciary Committee on diversity in America, has yet to respond on Twitter.

List of Big Ten players who opted out of (and back in to) the 2020 college football season
Holiday Bowl 2020 canceled: Organizers cite COVID-19
Here’s Everything Adele Did as SNL’s Host
Why did this dude throw his glove on the field in World Series Game 2? An investigation
How Khalil Mack went from 46 overall video game rating in college to NFL star