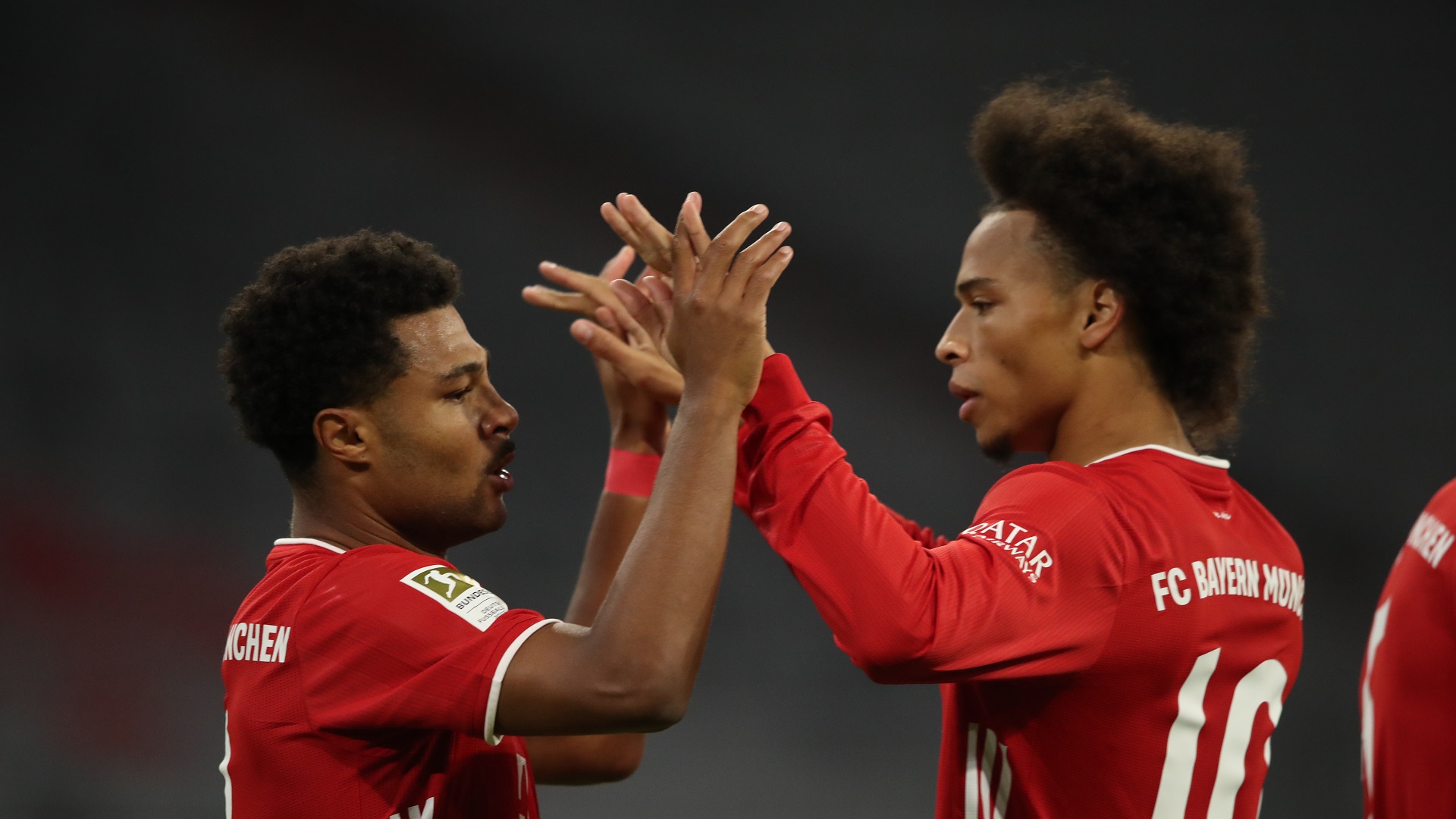 Bayern Munich ended last season by winning a treble, while Schalke ended on a run of 16 straight Bundesliga games without a win. Both teams picked up where they left off in Friday’s league opener, which finished in a resounding 8-0 win for Bayern.

The goals flew in early and often at the Allianz Arena, as Serge Gnabry opened the scoring in the fourth minute on his way to a hat-trick.

MORE: Sign up for ESPN+ to stream Bundesliga live all season

Sane and Musiala both scored their first Bayern goals, with the former having joined in the off-season on an initial €49m (£44.7m/$55m) move from Manchester City.

Musiala, meanwhile, showed his potential as the 17-year-old scored a late goal on only his second senior appearance for Bayern.

On a day in which Thiago Alcantara officially left Bayern to join Liverpool, there was little evidence that the eight-time defending Bundesliga champions missed the Spanish star.

There was plenty of reaction to the opening-day mauling, as Sane made an impressive start to life at Bayern.

We were getting hammered by Bayern before it was cool, just saying… 😬#FCBS04

Bayern might have assembled the best front three in the world. 🤯 pic.twitter.com/T1DIomXHZH

Bayern Munich scoring 8 goals in a Bundesliga game? Thankfully they could never do that in a Champions League knockout stage game.