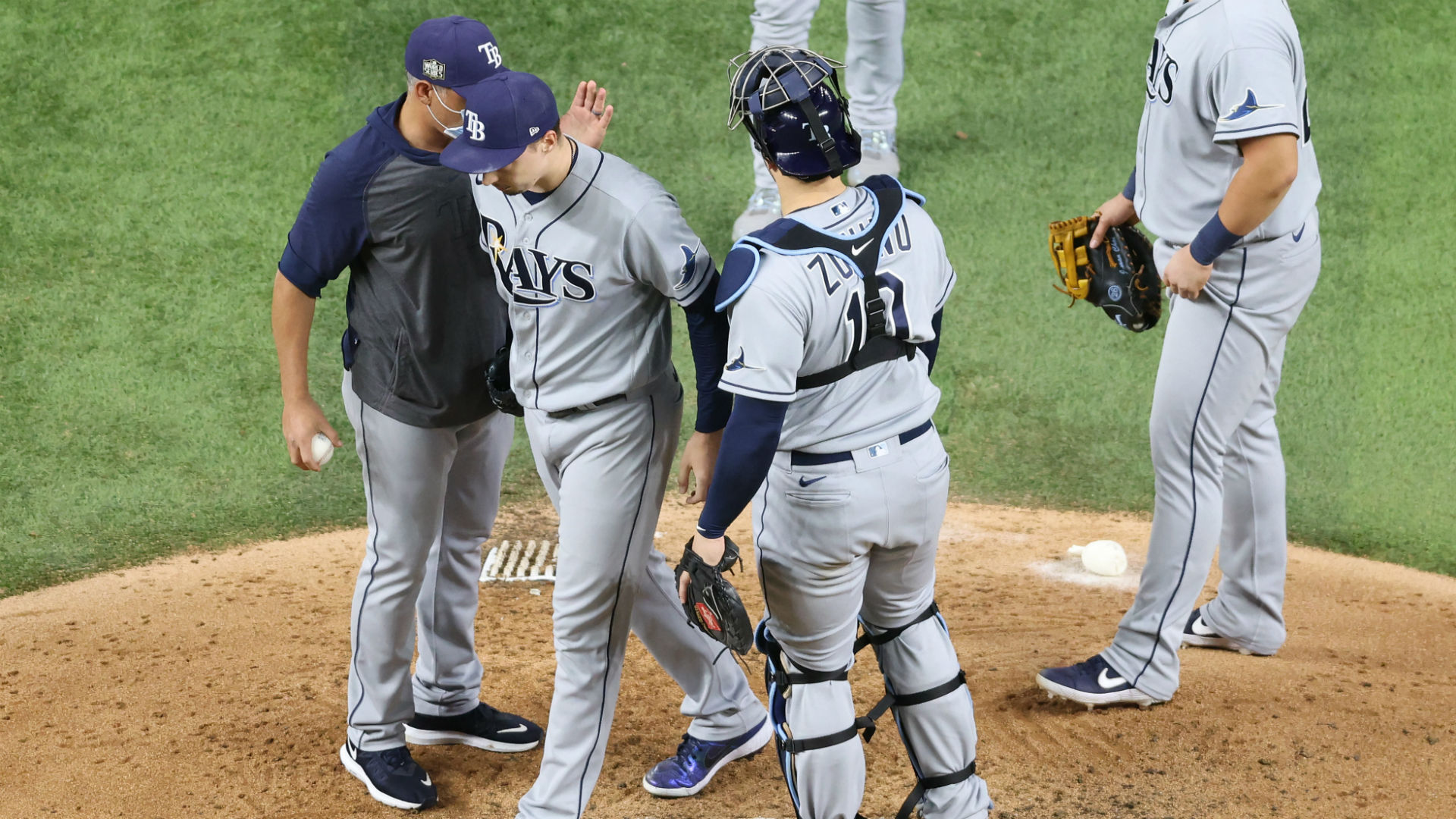 It’s a decision Rays manager Kevin Cash will be replaying in his head for quite some time.

In the sixth inning of Tuesday night’s Game 6 with the Rays holding a 1-0 lead over the Dodgers, Cash walked onto the field and took the ball from starting pitcher Blake Snell following a single by Austin Barnes. It was only Los Angeles’ second hit off Snell, who departed after 5 1/3 shutout innings, nine strikeouts and 73 pitches.

Snell didn’t hide his displeasure as Cash emerged from the dugout.

Then things went south for Tampa Bay. Rays reliever Nick Anderson gave up a double to Mookie Betts, which moved Barnes to third. Anderson threw a wild pitch, allowing Barnes to head home and Betts to run over to third. Corey Seager hit a grounder to first, and Betts beat the throw home. Just like that, the Dodgers jumped ahead, ultimately ending the World Series with a 3-1 victory.

When asked about the quick hook, Cash said he didn’t want Betts or Seager to see Snell a third time. He regretted that his substitution didn’t work out, but he thought the process was correct. Snell clearly viewed the situation differently, even if he didn’t want to directly call out his manager.

“Definitely disappointed, upset,” Snell said. “I don’t know. I just want the ball. I felt good. I felt I did everything I could to prove my case to stay out there. … I get it. It’s the third time through the lineup, but I think I’m gonna make the adjustments I need to make as I see them a third time. I don’t know, man. I just believe in me. I believe in my stuff. I believe in what I was doing.”

Blake Snell talked postgame about getting pulled in the 6th inning. pic.twitter.com/DHkunjV9GQ

Perhaps the best indication that Cash made the wrong decision was how happy the Dodgers were to see Snell go.

“Yeah, I was shocked,” Dodgers outfielder Cody Bellinger said. “We were kind of joking around. We were like, ‘All right, way to get him out of there in the sixth like we planned.’ Not like that, but we just kind of, we rallied from there. Snell had his stuff today. He was gross.”

“I think at that point, I was like, ‘I got a chance,'” Betts said when asked what he thought after seeing Snell leave Game 6. ”Snell was rolling. Snell was rolling that day. You guys know how it is. It’s just like, you’re not really seeing it that well. He was mixing it up. He was tough. … He was nasty tonight, so I gotta tip my cap to him. I wasn’t asking any questions, though.”

Unfortunately for Cash, Snell and the Rays, all they have left are questions about what could have been.

Texans’ Will Fuller explains NFL suspension for PED violation: ‘I want to sincerely apologize’
The Best Laurence Fishburne Performances In Movies And TV, Ranked
Here Are All the TV Shows that Ended in 2020
What channel is Patriots vs. Cardinals on today? Time, TV schedule for Week 12 NFL game
BTS 방탄소년단 LIVE We Are BTS! [Full Concert Video]