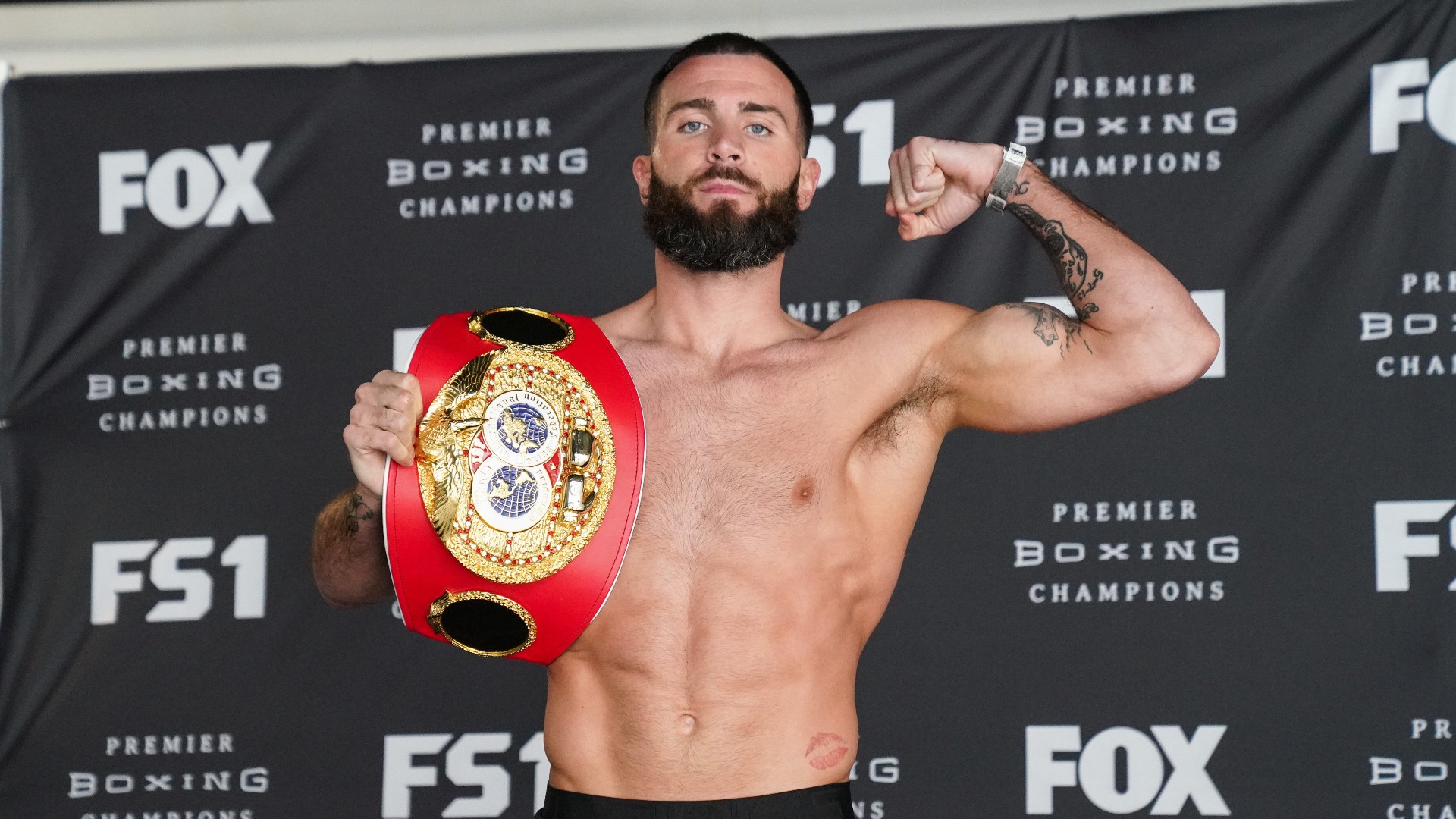 Caleb Plant took care of business in defense of his IBF super middleweight title by dominating Caleb Truax. He now has his sights set on bigger and better things.

Such as becoming the undisputed super middleweight champion of the world.

“That’s my goal,” said Plant (21-0, 12 KOs). “I want to be the first undisputed super middleweight champion. It doesn’t matter who it is against. Line them up and I’ll knock them down.”

The fight headlined a “PBC on Fox” card from the Shrine Exposition Center in Los Angeles on Saturday night. This was Plant’s first bout since a 10th-round stoppage of Vincent Feigenbutz last February.

Plant started quickly, popping the jab and landing to the body. A short hook midway through the first round stunned Truax. It was evident that the speed of “Sweethands” would present a huge problem for the challenger. With Plant setting the pace, it didn’t take Truax long to realize that surviving would be his only victory on this night, and just a moral victory at that.

Truax attempted to work his way inside but was unable to disrupt Plant’s rhythm.

A short left lead uppercut by Plant in the fourth round led to a sequence in which the champion was seemingly unable to miss with any punch. Plant continued to pile on the punishment but wasn’t able to put away his opponent.

By the sixth round, Truax’s face was a bloody mess, but his durability allowed him to hang around and continue to absorb punishment. Truax landed a hard overhand right in the eighth but lacked any semblance of consistency that could have turned this fight from the glorified sparring match that it was.

In the end, Plant won in a clean sweep; the judges all scored it 120-108. But it wasn’t the stoppage he wanted.

Much of the blame for that went to an injury he believes he suffered in the middle rounds.

“I wanted the stoppage,” Plant said before revealing a possible broken hand. ”I’m disappointed I didn’t get it but my hand was hurt in the middle rounds.”

With WBA (Super), WBC and Ring 168-pound champion Saul “Canelo” Alvarez already having his next two fights lined up, it may be some time before Plant gets his opportunity to unify. Until then, he’ll look to stay busy and wait for his opportunity.

“I’m ready for whoever they put in front of me,” he said.