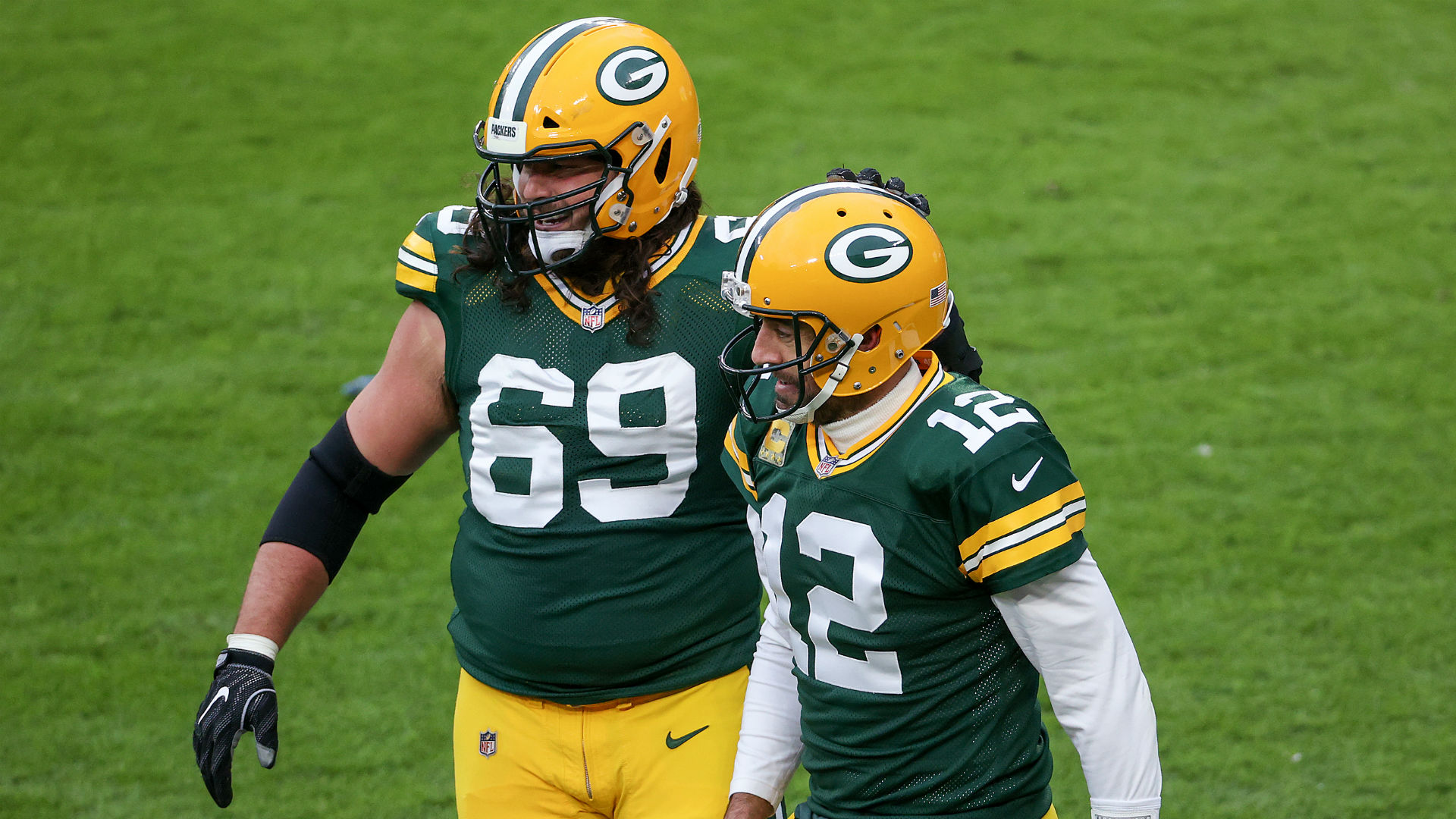 The Packers looked every inch a Super Bowl favorite in Week 16 as they blew out the Titans 40-14 at Lambeau Field.

This week, they hit a significant bump in their road to Super Bowl 55 in Tampa with the news that All-Pro left tackle David Bakhtiari had suffered a torn ACL.

The silver lining for Bakhtiari is that the injury occurred after he signed a four-year, $105.5 million extension to make him the highest-paid offensive lineman in NFL history.

But it still stands as a devastating blow to head coach Matt LaFleur’s offense, which has this season served as a weaponized version of the schemes run by Kyle Shanahan and Sean McVay, thanks to incredible seasons by Aaron Rodgers and Davante Adams.

The mind-meld Rodgers and Adams have demonstrated in the 2020 campaign risks being shattered if the Packers cannot protect their two-time MVP quarterback properly.

Widely viewed as the best left tackle in football, Bakhtiari is pivotal to them doing that and his absence could prove key in the regular-season finale and the postseason.

The Packers still need to win in Week 17 to make sure of the top seed in the NFC and home-field advantage throughout the playoffs. Not having Bakhtiari could make success against a talented Bears defense significantly more difficult.

How much will the Packers miss Bakhtiari in that game and when the stakes are raised even higher in the playoffs? Here, we examine whether his injury could be a potential death knell to their Lombardi Trophy ambitions.

Bakhtiari has missed snaps in two previous seasons for the Packers: 2015 and 2017.

The caveat for the 2017 campaign is it was one in which Rodgers was unavailable for all but nine games, making it tough to use that season as a gauge for how the Packers will perform with their starting quarterback but without his top pass protector.

Green Bay’s performance minus Bakhtiari in 2015, however, suggests the Packers will find life substantially tougher without his services. He missed two games that season and his absence was keenly felt.

The issues Green Bay had throwing the ball minus Bakhtiari were clearly a product of increased pressure.

Without him protecting Rodgers’ blind side, the percentage of sacks given up by the Packers more than doubled. Rodgers was sacked on 6.3 percent of passing plays in the 14 games with Bakhtiari, but that figure ballooned to 12.9 in the games in which he was unavailable.

The Packers’ quarterback hit percentage also increased from 15.5 to 20.7, with Rodgers pressured on 43.1 percent of dropbacks compared to 32.3 when Bakhtiari was on the field.

It is no surprise, therefore, that the Packers’ efficiency on third down declined without Bakhtiari, moving the sticks on just 25.6 percent of third downs, falling from 35.5 percent when he was on the field.

The numbers on plays without Bakhtiari since 2013 reflect the 2015 struggles, though the picture from the Packers’ three games without him this season is less clear.

There is no doubt the Packers are worse offensively without Bakhtiari.

Where things are a bit murkier is in the metrics that measure pressure.

The Packers have given up a higher percentage of sacks when Bakhtiari has been out, that figure climbing from 3.7 to 4.1. However, their quarterback hit percentage dropped from 8.7 to 6.6.

It is a similar story in quarterback pressure percentage, though the improvement without Bakhtiari has been marginal; Rodgers has been pressured on 29.2 percent of dropbacks when he has played and 28.9 percent when he hasn’t.

And the difference may be explained by Rodgers becoming ever more comfortable in a scheme that relies heavily on an aspect of offensive football that is key to neutralizing aggressive pass-rushing defenses.

Can play-action threat be sustained?

The play-action pass is a staple of the LaFleur offense, and the Packers have upped their usage of it during his second season in charge.

Last season, the Packers ran 131 play-action passes, resulting in 978 yards, an average of 7.46 yards per play.

With one regular-season game remaining this year, that number has jumped to 140 plays. Only seven teams have used it more regularly in 2020.

And they have enjoyed increased success on those throws, which have netted 1,108 yards — an average of 7.91 yards per play.

Play-action is an excellent tool for putting defenses that look to attack downhill on their heels, and the numbers suggest that, as long as Packers succeed in effectively running such plays, they can mitigate the impact of Bakhtiari’s absence.

To subscribe to that theory is to oversimplify things.

Where Aaron Rodgers excelled as a passer in tonight’s win over the Titans:

The threat of a productive ground attack is a significant aid to the play-action pass and the Packers certainly had that against the Titans, racking up 234 rushing yards in their emphatic triumph.

Yet the numbers indicate they may struggle to maintain that kind of running game production without Bakhtiari, potentially influencing the respect more talented defenses will give to the rushing attack in the postseason.

History says Bakhtiari’s absence will indeed be a significant problem, though what the Packers have done in 2020 hints that they may be able to successfully protect Rodgers without him.

But it is clear the Green Bay running game is a different beast with Bakhtiari on the field. If their production in that regard tails off and negatively influences the play-action game, then the Packers’ offense might not be the potent threat it has been all season.

The loss of Bakhtiari is not necessarily a fatal one for the Packers, but it is a blow that could critically limit their upside as they bid to emerge as the cream of the crop in the postseason.