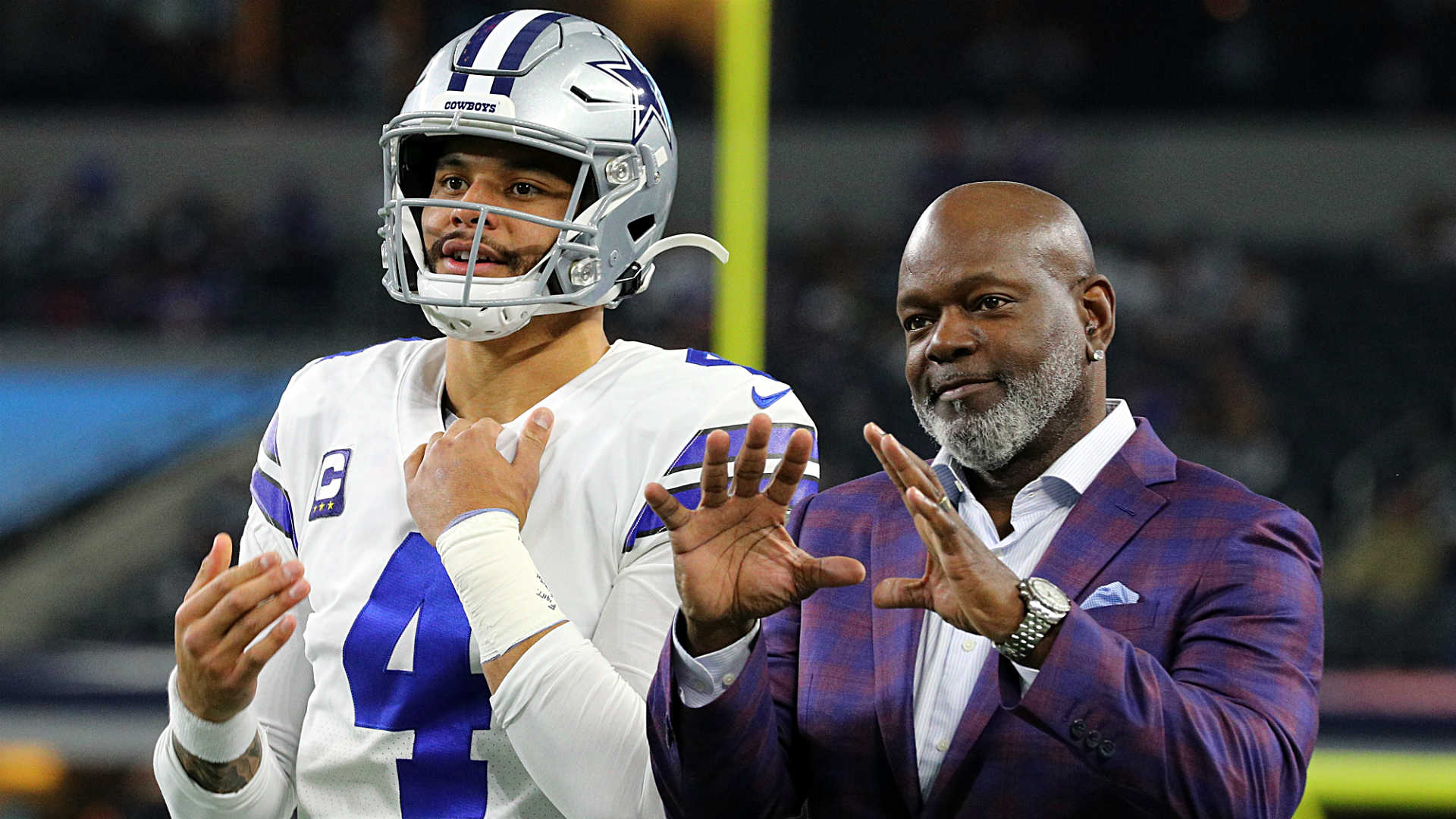 Emmitt Smith could not believe the game that was unfolding last Sunday between the Dallas Cowboys and Atlanta Falcons.

The three-time Super Bowl champion and all-time leading rusher was frustrated with his former team. He watched the Cowboys lose three fumbles in the first half alone.

“I don’t know if I recall ever seeing that many fumbles from a Dallas Cowboys team in the years that I’ve been associated with the Dallas Cowboys,” Smith told Sporting New. ”With all that said, the Cowboys overcame, and they ended up winning the game.”

Smith also was entertained like the rest of us. Dallas rallied for a 40-39 victory behind quarterback Dak Prescott, who finished 34 of 47 for 450 yards and a touchdown while adding three rushing TDs. Prescott’s efforts helped even the Cowboys’ record heading at 1-1, but that good feeling is short lived.

Prescott is up against another test in Week 3 vs. Seattle and star quarterback Russell Wilson. Prescott is coming off a career year, is 41-25 as Dallas’ starter and has the second-highest career passer rating in NFL history.

Yet every game feels like a one-week referendum on whether the fifth-year quarterback belongs in Dallas. Look for that to continue this week and during a three-game homestretch. The Cowboys face the Browns, Giants and Cardinals in that stretch, and Prescott will go head-to-head against Texas natives and former No. 1 picks Baker Mayfield and Kyler Murray.

It’s always about the search for the next Cowboys quarterback, and Smith sees through that criticism.

“It is frustrating to see that Dak does not get his just due from Cowboys fans and some respective writers around the league,” Smith said. ”I heard what someone said about Dak and his mental health, which I thought was a crying shame because the whole country is going through a mental, emotional health fear right now because of COVID-19.”

Smith did not mention names, but there was one viral criticism of Prescott before the 2020 NFL season started. On the Sept. 10 episode of ”Skip and Shannon: Undisputed,” FOX analyst Skip Bayless said he had ”no sympathy” for Prescott after the quarterback went public about his struggle with depression.

Despite the criticism, Prescott has received support from around the league. Atlanta tight end Hayden Hurst, who has dealt with anxiety and has been open about attempting suicide, approached Prescott after last week’s game. Prescott’s brother Jace died from a self-inflicted gunshot wound on April 24.

Those are factors that contributed to Prescott opening up about this depression, and some of the results since have been positive.

“In every situation, there might be a silver lining,” Smith said. ”There might be something that we have to learn personally about ourselves, and if we don’t take the time to experience truly what is that we are going through and learn from that, then we will repeat the same cycle.

“People find themselves in a different place, and mature in a totally different place because of things like this,” he said. ”For Dak, to deal with the loss of his brother this offseason, and a contract issue and people expecting him to be different and he’s only (27) years old.”

On the field, Prescott is still trying to prove that he’s worth a long-term contract. The Cowboys were unable to agree to a deal with Prescott this offseason, and he will be an unrestricted free agent if no deal is reached after the season. Smith said Prescott continues to play through that situation.

“He’s not placing blame on any place,” Smith said. ”He’s doing what he needs to do to prepare himself and lead his team hopefully to victories. He’s doing it in a way that I believe is respectable. Winning cures a lot of things, and you are always going to have a critic.”

Prescott will have his critics in what is a pivotal season for the franchise under first-year coach Mike McCarthy. Dallas has been both frustrating and entertaining through two weeks, but Prescott is tasked with leading the franchise back to the playoffs for the third time in five years. That’s the minimum expectation in Big D, however. Dallas hasn’t won a Super Bowl since 1996 — the third NFL championship team of which Smith was a part.

Prescott is trying to lead the Cowboys back there, and Smith believes he’s handled that better than most, no matter what the critics say.