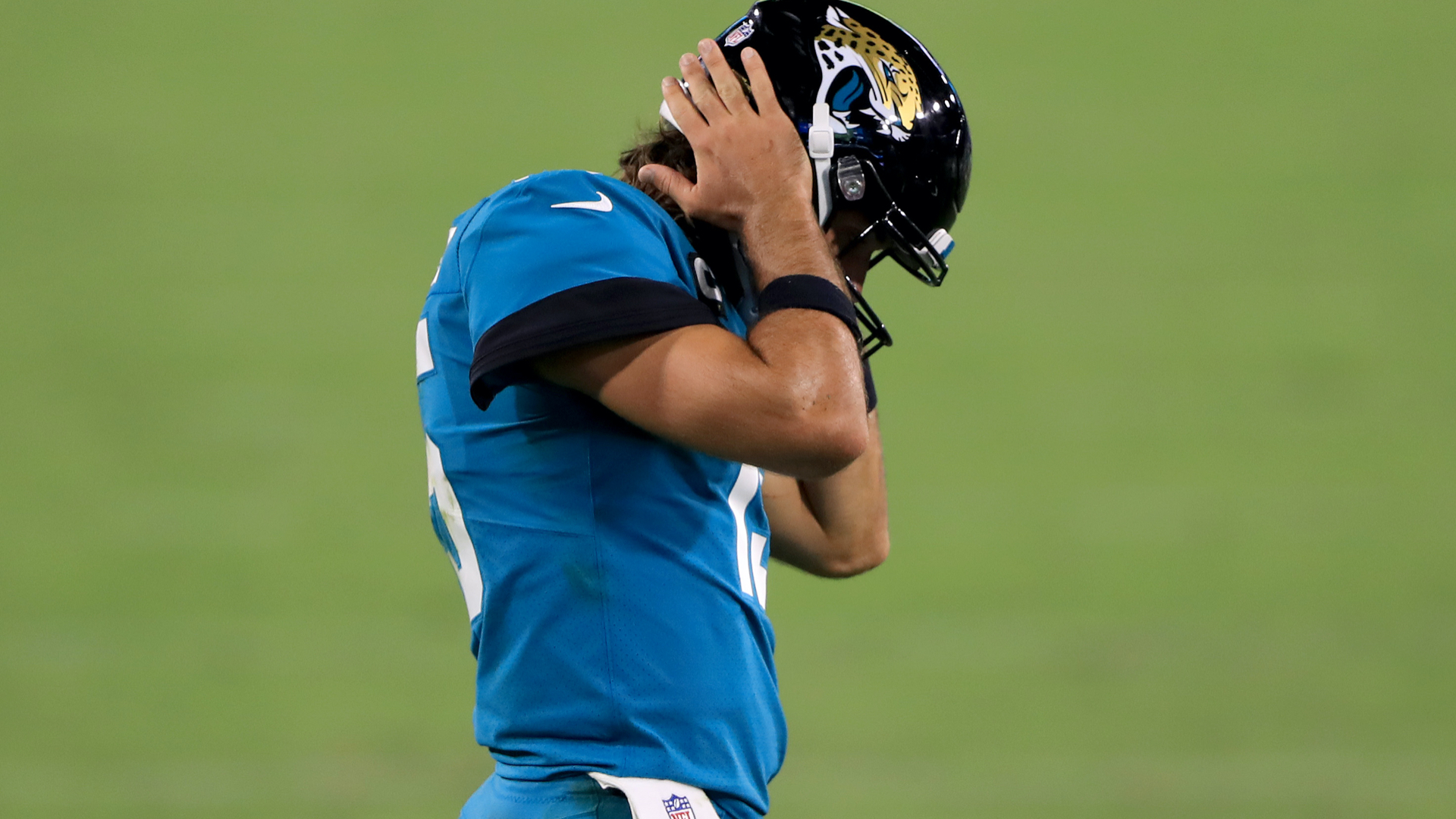 No one should have expected a Dolphins-Jaguars game on a short turnaround to be any different than it was Thursday night.

In a duel of bad, irrelevant Florida teams, Jacksonville made a convincing claim for “worst squad in the state” with its 31-13 loss. That dubious honor over the past couple of decades has been hotly contested between the Jaguars, Dolphins and Buccaneers. This year, Florida looks like it will carry at least two bottom-dwelling sides.

Miami quarterback Ryan Fitzpatrick tore through the Jaguars on Thursday night, throwing for 160 yards and two touchdowns on 18-of-20 passing. His success, though, might have been as much about his opponent’s shortcomings than his own abilities. That’s what often happens in a matchup of underwhelming teams.

MORE: Where did James Robinson come from?

In any case, those who stuck with the game through the full four quarters came away with a better idea of where the Dolphins (1-2) and Jaguars (1-2) might find bright spots this season, as well as the areas that could be particularly painful.

Here are three takeaways from the contest:

The Jaguars won’t stop anyone in 2020

Through three games, Jacksonville is averaging 28 points and 364 yards allowed. Not great for a defense recently considered elite that is now suffering from an exodus of talented players.

Particularly discouraging for the Jaguars on Thursday night was their inability to disrupt Fitzpatrick in any manner. They sacked the 37-year-old just once and forced only two incompletions. He was sacked four times and threw 26 incompletions across his first two games this year.

It didn’t help that the Jaguars’ offense turned the ball over inside their own 25 twice (once via fumble, once via fourth-down failure), or that they punted three times.

Ryan Fitzpatrick will let Tua Tagovailoa mature behind the scenes

While Dolphins fans would love to see the team’s 2020 first-round pick burst onto the scene as a rookie, they might be better served sitting back and trusting that Tagovailoa being under little pressure as a backup while learning the NFL game will pay off in the long run. Tagovailoa’s injury history means that minimized contact this year could have physical benefits as well.

With Fitzpatrick performing at a respectable level, there will be less pressure for Miami to insert Tagovailoa before the team needs to. Fitzpatrick is a capable mentor who can perhaps offer the type of friendly guidance Alex Smith provided to Patrick Mahomes in Kansas City.

There are far worse (and less entertaining) stopgap options than the Harvard grad, who is usually at least watchable.

James Robinson is an undrafted steal

Two games could have been a fluke, but after three straight standout showings to begin his NFL career, the undrafted Jaguars running back has made clear he is going to be in the league for a while.

The Illinois State product had his best game yet on Thursday night, finishing with 129 all-purpose yards and two touchdowns. He’s a bright spot for a team in desperate need of positivity.

Here’s a look at Robinson’s mix of rushing and receiving ability on display against Miami: