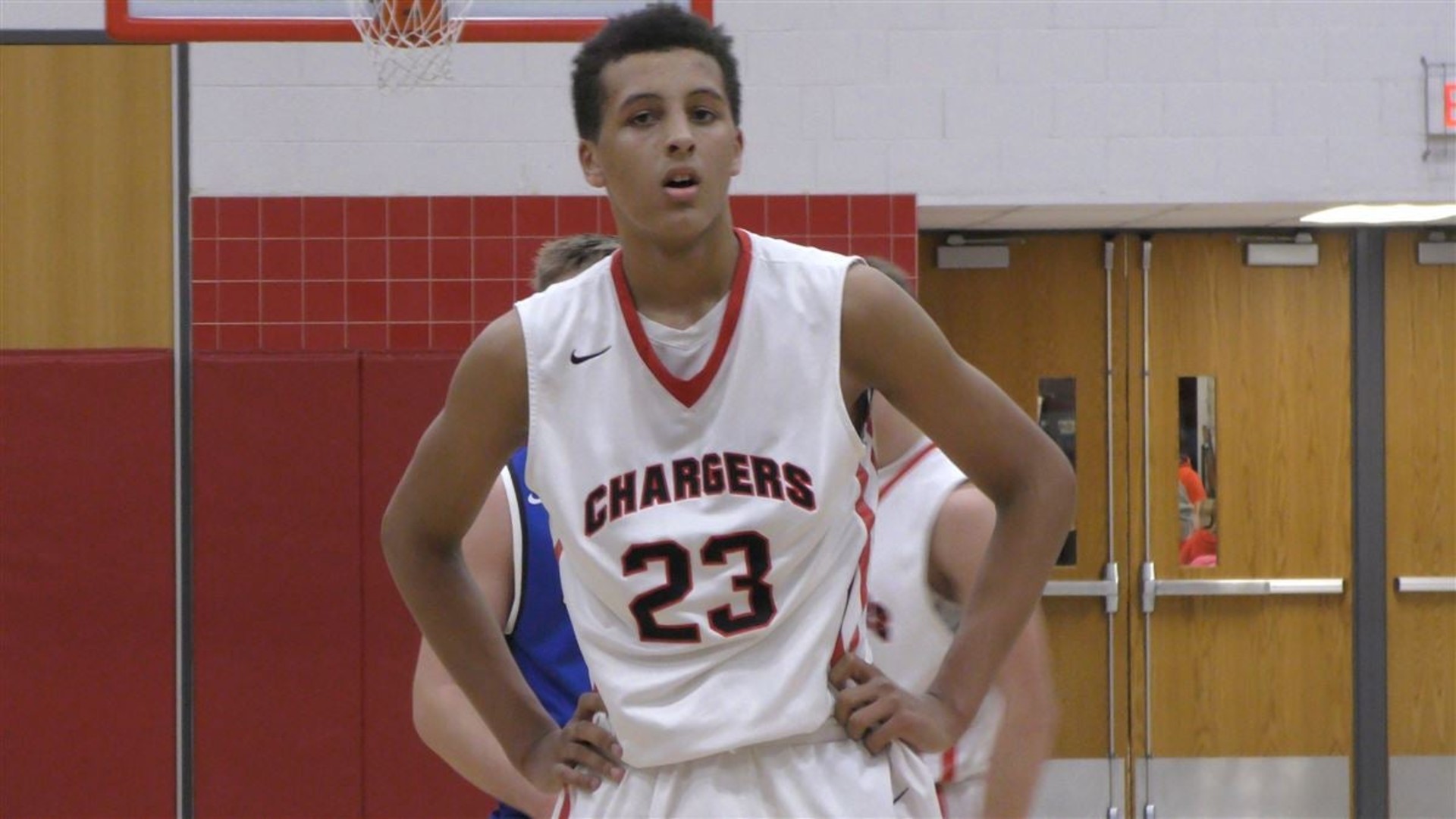 Because the accumulation of basketball talent at the Division I level has become fungible, and because the Milwaukee Panthers tend not to draw the sort of attention in the recruiting game as Kentucky or North Carolina, the college basketball history made Wednesday was mostly filed under Duke losing out on a top prospect.

Patrick Baldwin’s decision to attend Milwaukee and compete in the Horizon League was more than this. It was something we haven’t seen in the modern era of recruiting.

A 6-9 forward from Hamilton High in Sussex, Wis., Baldwin is ranked No. 5 in the 2021 recruiting class by 247 Sports and No. 4 by ESPN and Rivals. He certainly will carry a top-five ranking when the final Recruiting Services Consensus Index (RSCI) is calculated for 2021.

Baldwin chose to play at Milwaukee primarily because his father, Patrick Baldwin Sr., is the team’s head coach. The Panthers have not been successful in Pat Sr.’s tenure. They have not had a winning season overall. In the past three seasons, they did not finish higher than seventh in the Horizon League.

“It means the world to me,” Baldwin told the Milwaukee Journal-Sentinel. “My dad has been my trainer, he’s been my coach, he’s been my father. Getting a chance to play for him, helping his team win next year, it means a whole lot to me, for sure.”

NBA Draft analyst Matthew Maurer of TheDraftReview.com has followed Baldwin’s game for the past couple years and has two views on Baldwin’s choice.

“The father in me loves it. The scout in me, I do have that view where it’s like: I don’t know, man,” Maurer told The Sporting News. “I get the wanting to spend time, and you don’t need to go to a blueblood to get recognized. I get all that, but the thing about guys that people forget is, it’s still an evaluation. We still need to judge them against who we project to be their peers. When you’re a blue-chip player, you’re always projecting them against NBA-type talent. This is not a league that produces a lot of NBA-type talent, and NBA-type size.

Maurer mentioned that Milwaukee has not produced an NBA Draft pick since 1992 and has only two in its history. Baldwin Jr. also missed the chance to compete against elite competition on the summer circuit in 2020 because of the pandemic and lost much of his senior season in high school to an ankle injury.

“Honestly, as a kid, there aren’t many kids where they grow up and their dream school is Milwaukee,” Baldwin told the J-S. ”But you’ve got to make every place your ‘big-time.’ That’s something my dad has always said. So when I put on that Panther jersey, I rep that school with pride, and I’m going to put on for the city.”

If you think such a prospect is almost certain to dominate in a league such as the Horizon or Ohio Valley or Conference USA, you might be surprised at how the experiences of these players developed.

Here’s a look at those who followed a similar course:

2020: Makur Maker, 6-11 center, RSCI No. 15 prospect, Howard. Maker’s decision to attend Howard drew a lot of attention from those pushing more prospects to play for HBCU programs. He played in only two games of the 2020-21 season, though, scoring 11 and getting eight rebounds in a 17-point loss to Belmont and scoring 12 points in a 14-point loss to Quinnipiac.

Maker injured his groin and was ruled out indefinitely. Howard chose to end its season after playing five games and was not one of the eight teams to compete in the MEAC regular season.

2018: Charles Bassey, 6-11 center, RSCI No. 9, Western Kentucky. It’s important to remember the recruiting services are ranking players on college potential, and Bassey has excelled for the Hilltoppers. He has career averages of 15.9 points and 7.5 rebounds to go with 2.6 blocks per game. WKU has finished second and first with Bassey in the lineup (he was injured in 2019-20) and twice lost the Conference USA title game.

With his size and skillset, Bassey could be considered one of those players who was born too late. A player with his size and knack for interior defense would have been highly valued two decades ago. He is not a significant perimeter shooter, though — only 29 3-pointers over three seasons — although he has continued to work to improve that part of his game.

2009: Tony Mitchell, 6-8 forward, RSCI No. 20, North Texas. Mitchell’s plan upon leaving high school was not to become a pioneer, of sorts. His intention was to play at Missouri, but there were issues with his NCAA eligibility because of his decision to transfer to an unaccredited prep school. He eventually decided to play closer to home at North Texas.

After sitting out his freshman season, Mitchell averaged 13.7 points and 9.3 rebounds in two seasons with the Mean Green. In 2011-12, UNT finished 18-14 and lost in the Sun Belt championship game, with Mitchell scoring 18 points. The following season, after coach Johnny Jones left for LSU, UNT fell to 12-20, with Mitchell averaging 13 points and 8.5 rebounds.

He entered the 2013 NBA Draft and was chosen by the Pistons in the second round, with the 37th overall selection. He played for them in 21 games in the 2013-14 season but failed to stick with the Suns or the Warriors and has continued to play professionally overseas.

2000: Abdou Diame, 6-9 forward, RSCI No. 17, Jacksonville State. Diame signed with Auburn out of Oak Hill Academy and played two seasons for the Tigers, but he never was able to fulfill the expectations placed on him by high school scouts. After a solid freshman season, Diame played limited minutes as a sophomore and chose to transfer to Jacksonville State.

There, he played one full season, as a junior, and averaged 5.1 points and 1.5 rebounds. His senior year consisted of only nine games.

He was not drafted by the NBA.

1999: Cedrick Banks, 6-2 guard, RSCI No. 19, Illinois-Chicago. Banks committed to UIC after leading Chicago’s Westinghouse High to a state runner-up finish. He was ineligible to compete in his first year on campus but averaged 13.9 points as a freshman, then better than 18 points in each of his final three years, making first-team All-Horizon League each time.

He played twice in the NCAA Tournament. The Flames were a No. 15 seed in his first season and lost to Final Four-bound Oklahoma. In his junior year, 2003-04, UIC went 24-8 and reached the NCAA Tournament as a No. 13 seed before losing to Kansas.

He completed his career as the Flames’ all-time scoring leader with 2,097 points. Banks was not drafted by the NBA but had a successful career in European basketball; he played for teams in Israel, Belgium, Turkey and, primarily, France.