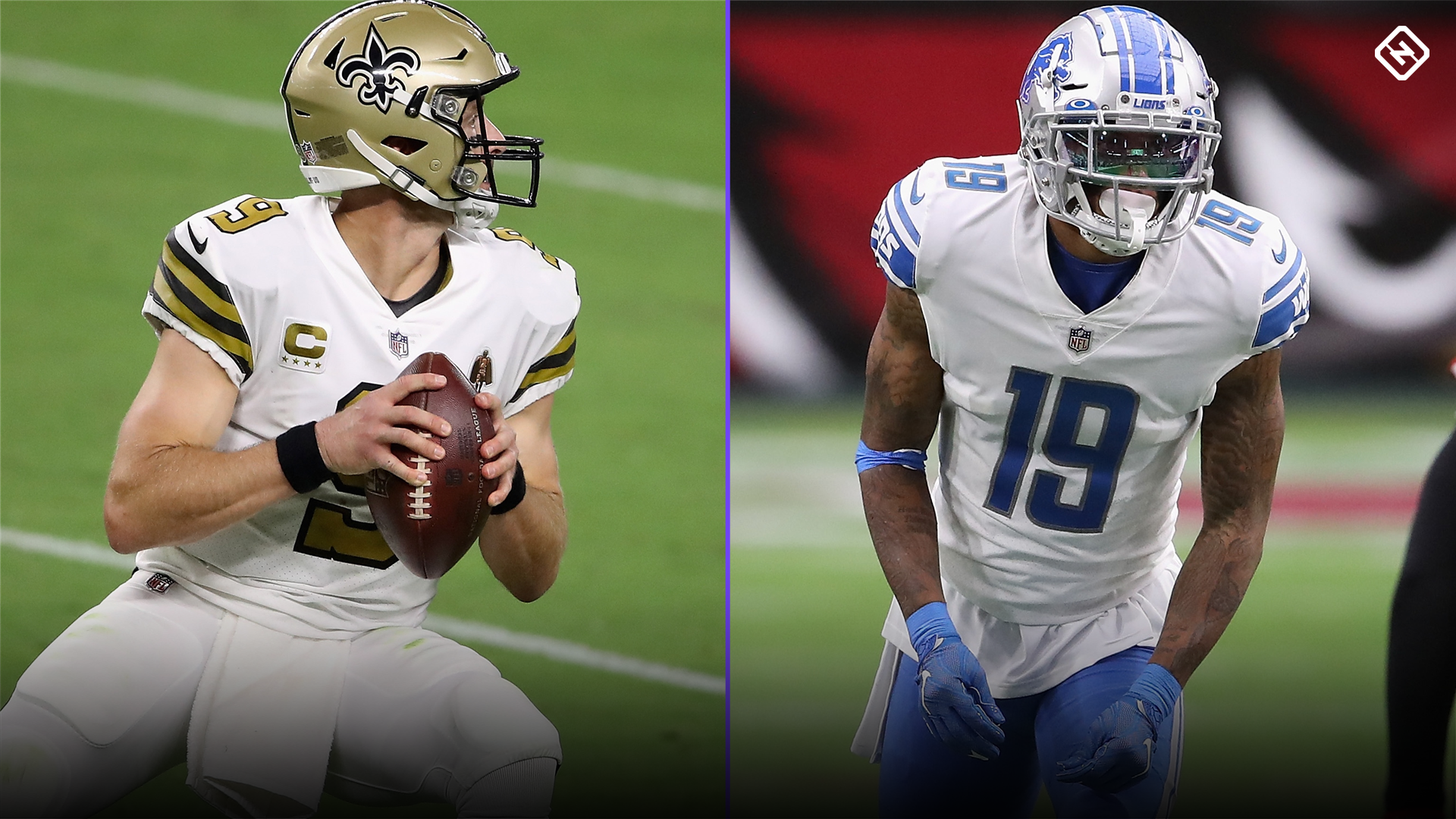 Late Saturday night, ProFootballTalk.com reported that Saints FB Mike Burton tested positive for COVID-19 after the Saints flew to Detroit for their Week 4 game. Burton was reportedly sitting near Alvin Kamara on the flight, and Kamara was one of several players getting tested again for coronavirus after landing. This news puts New Orleans’ upcoming Sunday matchup against the Lions in serious jeopardy, and it’s likely this game will be postponed until Monday or Tuesday like the NFL is hoping to do with the Patriots and Chiefs. It’s also possible this game is postponed indefinitely. This undoubtedly leaves fantasy football owners with many questions, including whether points scored in that matchup count toward their Week 4 totals and whether they should leave Saints and Lions players in their lineups (and who they should target on the waiver wire if they want to replace them).

We’ll explain what happens below and continue to update this post with further information. Check back here for the latest, or follow us on Twitter @SN_Fantasy .

Do points scored in the Saints-Lions Week 4 game on Monday or Tuesday count in fantasy matchups?

If the Saints and Lions play on Monday or Tuesday, the points scored will count toward your Week 4 fantasy matchups on sites like Yahoo and ESPN. This has happened in the past with games moved because of weather-related issues (Vikings-Eagles played on a Tuesday night because of a snowstorm in 2010, Giants-Vikings played on a Monday night in Detroit because of a snowstorm in 2010), so all fantasy sites should be prepared to handle it. If this game is played at a later date, then obviously points scored will count toward that week and Week 4 will effectively serve as the Lions and Saints bye weeks.

However, if FanDuel and DraftKings follow suit with what they’ve done with players from the Patriots-Chiefs game, then Saints and Lions players will be removed from the player pool. If you already had those players in your lineup, you will need to replace them or get a zero in that spot.

How would a Saints-Lions postponement affect fantasy football leagues?

As stated above, an indefinite postponement would effectively make Week 4 the Lions and Saints bye week, though it’s unclear when they would make up the game. It’s possible the game doesn’t get rescheduled at all, but the NFL will certainly do everything in its power to ensure that doesn’t happen.

Unfortunately, fantasy owners likely won’t know for sure what will happen by Sunday afternoon (unless they play the game as scheduled, of course). Because of that, the “safe” move is to remove all Saints and Lions from your lineup. The NFL might plan to play on Tuesday night, but given the short turnaround and the uniqueness of the situation (Burton being on the team plane with the virus), that might not be feasible.

Should you start or sit Saints and Lions?

Most players from this game are replaceable, with the possible exceptions of Alvin Kamara and Kenny Golladay. If there’s one player worth holding out for, it’s Kamara, as he’s our top-ranked running back this week, but given his proximity to Burton on the flight, he’s in danger of landing on the COVID-19 list himself and missing at least one game. Taking a zero in an RB spot is never a good thing, so if you have a decent backup, it’s probably smart to slot them in, as hard as that might be. If you have mediocre backups, then roll the dice if you feel lucky. The same goes for Golladay, but given how deep WR is, you should be able to find a decent replacement (see below).

Drew Brees and Matthew Stafford both figured to do well in this game, but given how deep the QB position is, you should be able to find capable replacements (Gardner Minshew and Ryan Fitzpatrick are two possibilities from the waiver wire). T.J. Hockenson is a solid TE, but you could replace him with Logan Thomas, Dalton Schultz, or Mo Alie-Cox off the waiver wire and be fine. Marvin Jones, Emmanuel Sanders, and Tre’Quan Smith were also likely going to be in a lot of lineups, but there are plenty of WR fliers with just as much upside. Waiver wire possibilities include Brandon Aiyuk, Greg Ward, Tee Higgins, Hunter Renfrow, and Christian Kirk.