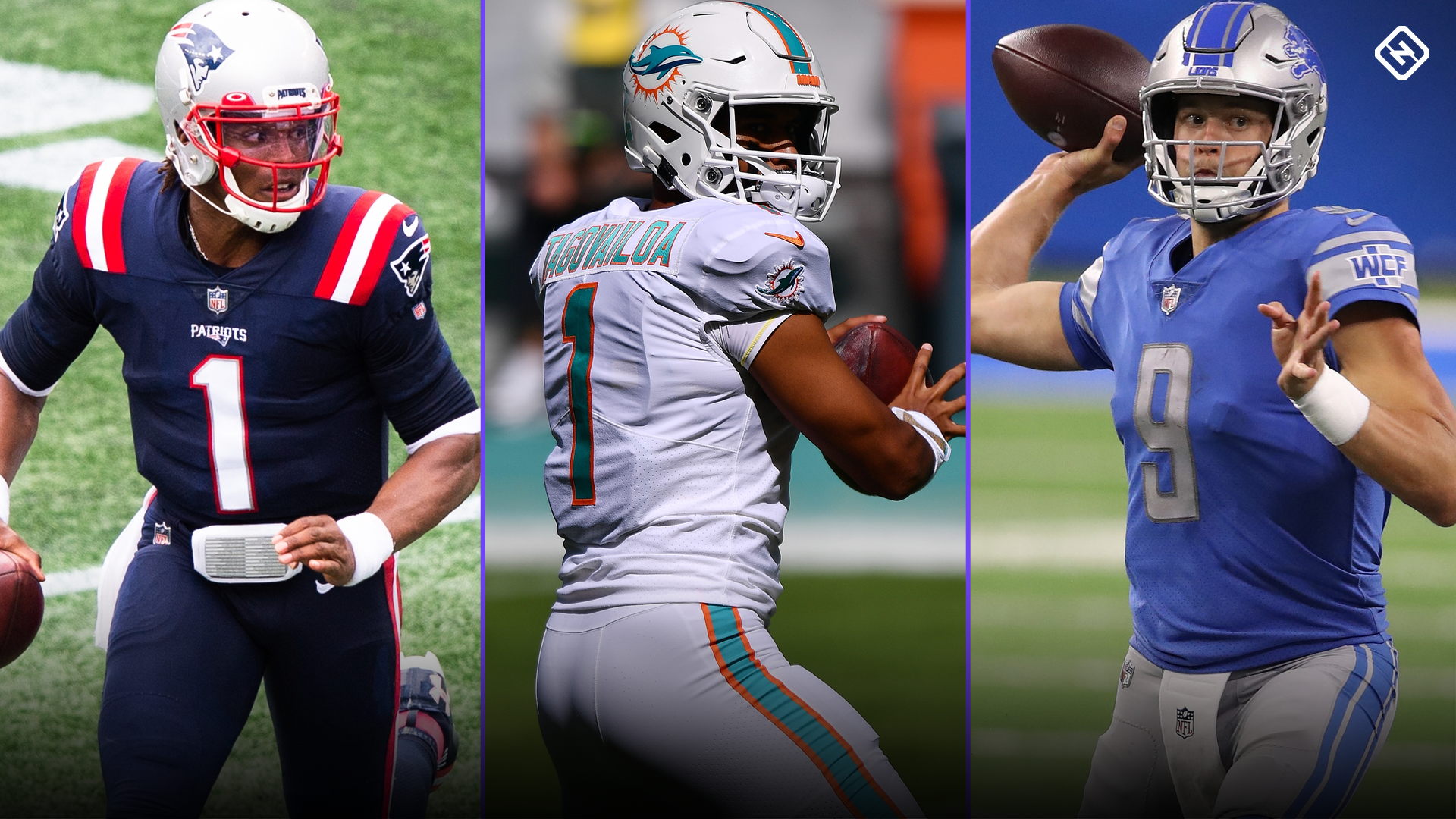 Quarterback is fantasy football’s deepest position, but when three borderline starters like Cam Newton, Tua Tagovailoa, and Matthew Stafford are “questionable,” there are still worries about how their potential absences could affect other skill players on their teams. As such, plenty of Week 13 start ’em, sit ’em decisions will hinge on updates about the health of these QBs.

Is Cam Newton playing this week?

After getting in a week of limited practices, Newton (abdomen) is listed as “questionable” for Sunday’s late-afternoon game against the Chargers.

There don’t seem to be any real worries about Newton missing the game, especially with how liberal the Patriots tend to be with the injury report, but chances are there aren’t many fantasy owners planning on starting him anyway. It’s a favorable matchup on paper, but Newton simply hasn’t been good enough to warrant single-QB consideration this week unless you’re really in a bind. If you need him, he should be there, and if you’re planning on starting Jakobi Meyers or any other Patriots’ skill position player, then Newton is a better alternative than Jarrett Stidham or Brian Hoyer.

Is Tua Tagovailoa playing this week?

Dolphins’ head coach Brian Flores said earlier in the week that he won’t name a starting QB until Sunday morning, but Tagovailoa’s agent said in a Facebook message on Saturday that he was flying to Miami to “see Tua play.” He’s since deleted that message, but it’s possible he let slip that Tagovailoa (thumb) will start over Ryan Fitzpatrick against the Bengals.

Tagovailoa got in limited practices all week, and if he’s active, he’s in a pretty good spot given the opponent. However, there are worries about how effective he’ll be and whether he’ll have a long leash, so fantasy owners are better off looking elsewhere for a starter in single-QB leagues. Fortunately, WR DeVante Parker and TE Mike Gesicki don’t figure to be affected too much by who starts unless Tua is particularly rusty.

Is Matthew Stafford playing this week?

Stafford (thumb) was limited in practice all week, and despite his “questionable” tag, it doesn’t appear as if he’s in any danger of missing Sunday’s game against the Bears.

With Kenny Golladay (hip) and D’Andre Swift (illness) once again expected to be out, there’s no reason to trust Stafford against a fairly tough pass defense. He always has the ability to put up decent numbers, but his production has been down lately and the Lions lack playmakers in the receiving game. Interim coach Darrell Bevell stressed that he wants to see Detroit play with more pace this week, which would theoretically help Stafford, but there are still plenty of better fantasy options in single-QB leagues. Of course, owners of WR Marvin Jones and TE T.J. Hockenson would much rather see Stafford under center than Chase Daniel, so they shouldn’t have anything to worry about this week.