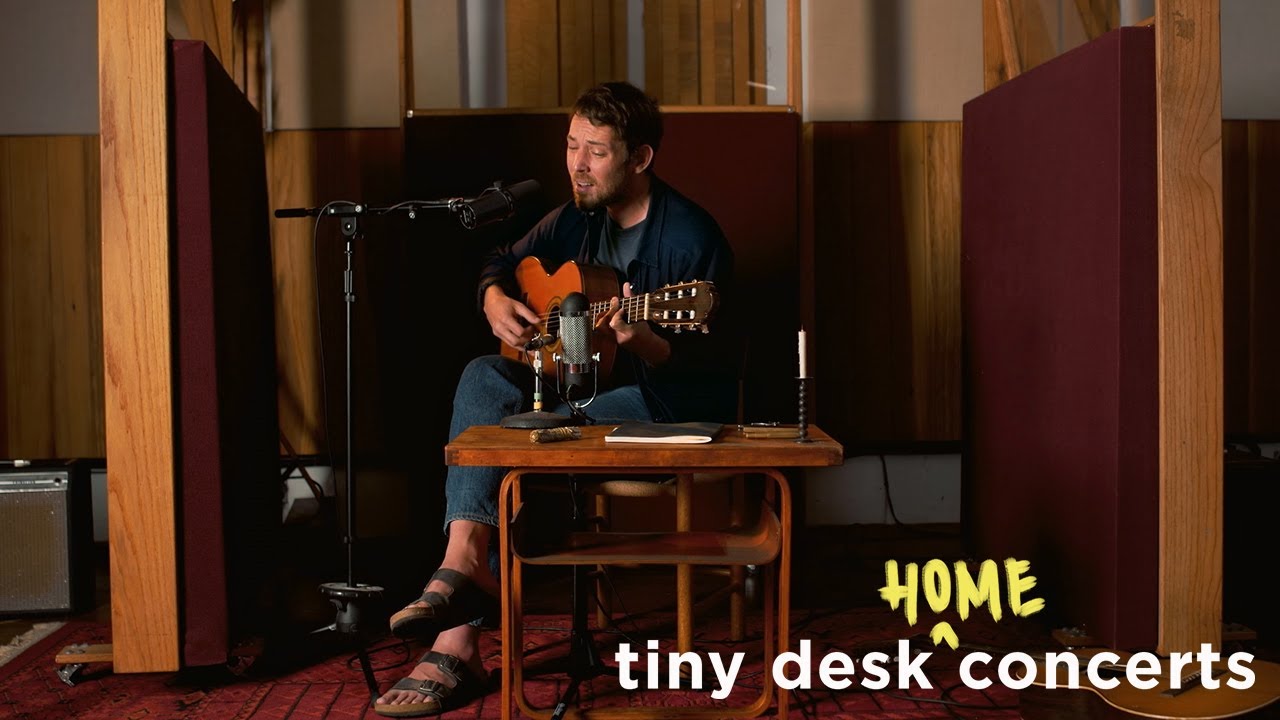 Bob Boilen | March 9, 2021
“I’m Robin Pecknold from Fleet Foxes. Thank you so much for asking me to find the tiniest desk I could, and sing unadorned for the first time in too long.”

With his guitar and that unadorned voice, Robin Pecknold performs four songs from Fleet Foxes’ 2020 album, Shore. It’s an album that pays homage to some of the greats that we’ve lost — some more recently, including David Berman and Richard Swift, and some long gone but still influential, like Elliott Smith, Curtis Mayfield, Jimi Hendrix and Judee Sill. Robin wrote the songs while driving in the Catskills and (as you hear on “Going-to-the-Sun Road”) Montana, a place that feels like home.

It’s been a dozen years since Robin Pecknold’s first, self-titled Fleet Foxes album, a record filled with harmony that brightened the somewhat dark lyrics. Here, alone, his message comes through even more apparent, and the songs written both before and during the pandemic shine light on darkness.

Watch Headie One Perform at the 2021 BRIT Awards
Stephen King Just Watched Reservoir Dogs For The First Time, And Has A Weird Reason For Why He’s Never Seen It Before
The Protégé Trailer #1 (2021) | Movieclips Trailers
Timberwolves win vs. Pistons lower Minnesota’s chance of keeping first-round draft pick
Sony Pictures Classics Sets Summer Release Dates For ‘The Lost Leonardo’, ‘I Carry You With Me’ & ’12 Mighty Orphans’ – Update