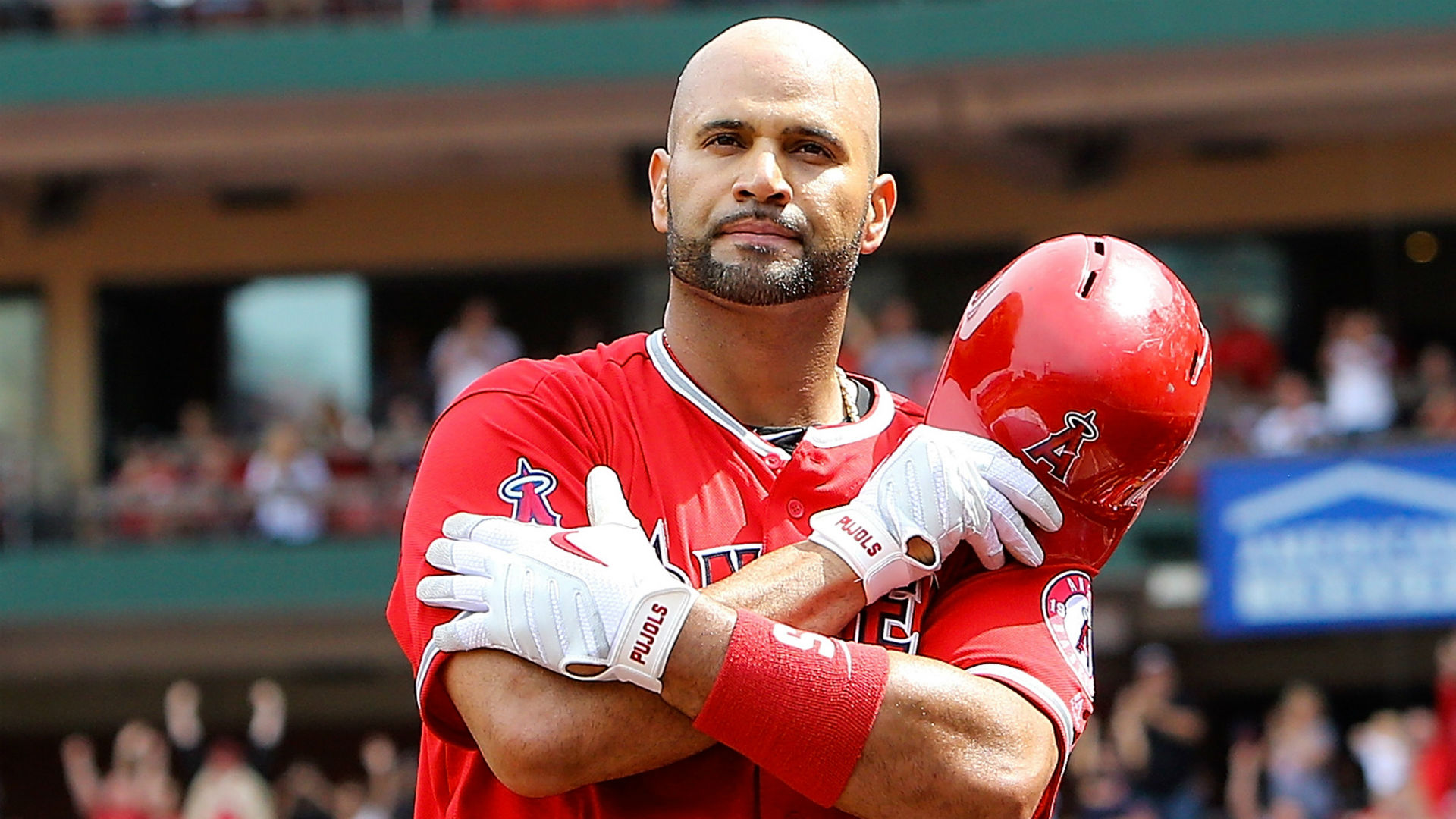 A former MLB executive claims Albert Pujols has been lying about his age his entire career.

David Samson, who was the Marlins’ president from 2002 to 2017, made the allegation during a recent appearance on “The Dan Le Batard Show.” Samson was reflecting on the 2012 offseason when Pujols was a free agent, and the Marlins were one of the teams trying to sign the baseball star.

Pujols eventually signed a massive 10-year, $240 million contract with the Angels. It’s the 14th-largest contract in MLB history (per Cot’s Baseball), and it ensured he’d be paid throughout. Despite poorer numbers in recent years, Pujols is still set to make $30 million this season — which many believe will be his last, though he says he hasn’t decided.

While recalling that contract, and offers the Marlins sent Pujols, Samson let it slip that the baseball player isn’t the age he claims to be.

“We knew when we did the calculations for that deal that we didn’t care about 2019, ’20 or ’21. It was so far in the future that it didn’t matter,” Samson said. “We knew he’d be unproductive, we knew that he was not the age that he said he was. We had all the information.”

Le Batard responded, “Did you just report flatly that Pujols is older than he’s always claimed to be?”

Samson said, “There is not one person in baseball, not one executive, who believes Albert Pujols is the age that he says he is. The amount of fraud that was going on in the Dominican back in the day, the changing of names, the changing of birthdays, it would blow your mind.”

This isn’t the first time Pujols, who is listed at 41 years old, has had his age called into question. As Samson notes, there is history with players from the Dominican Republic not being the age they claim. Former pitcher Wandy Rodriguez turned out to be two years older than previously thought, and the same went for Miguel Tejada.

As for Pujols, Samson didn’t give the age he thought the baseball star truly was, but there is some history using Pujols’ own words. Many people took notice in a 2018 interview with Yahoo Sports when Pujols may have revealed his true age.

Using Pujols’ math, 13 years old plus 28 years later would have made him 41 at the time of the interview. In the same interview, he said, “Well, Dotel, I believe he’s like three or four years older than me.” The same math led to Pujols being 41.

So using that context, Pujols would be three years older than the 41 years old he’s listed at currently (considering his birth date of Jan. 16 is accurate), which would theoretically make him 44.