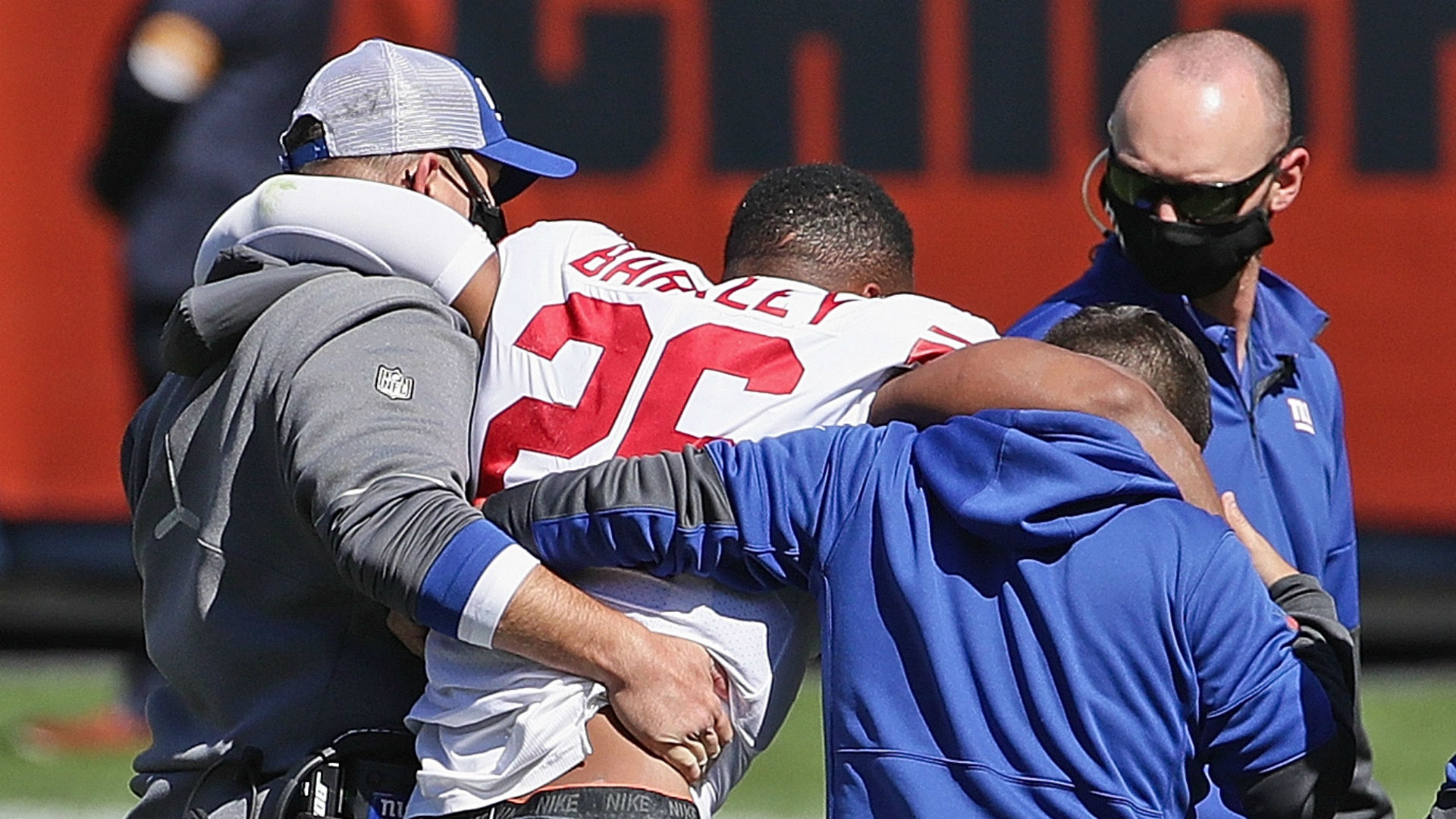 Saquon Barkley’s suspected torn ACL left the New York Giants deflated on Sunday as they dropped to 0-2 and potentially lost their star running back for the season.

Barkley injured his knee as he ran to the sideline and was tackled by Eddie Jackson during the first quarter of the Giants’ 17-13 loss to the Chicago Bears at Soldier Field.

The third-year back immediately grabbed his knee and punched the ground in disgust, before being carted to the locker room on a day when several NFL players suffered serious injuries.

Barkley will undergo tests on Monday to determine whether he has torn his anterior cruciate ligament. ESPN reported that was the injury the Giants feared he had suffered.

“Obviously we’re all praying for the best,” head coach Joe Judge said afterwards. “I would just say this, regardless of whatever the outcome is going to be and what the doctors say tomorrow, I wouldn’t fall asleep on [number] 26. It’s going to be a hell of a story either way.”

He issued a rallying cry, insisting that everyone on the Giants team needs to up their game if their best offensive player is missing for an extended period of time.

“It’s not going to be one person who steps up to make up for what he’s done, it’s going to take all of us.”

Veteran running back Adrian Peterson sent his best wishes to Barkley, writing on Twitter: “@saquon a born winner!! The comeback is going to be scary”

Barkley, the second overall pick in the 2018 NFL Draft, had over 2,000 yards from scrimmage in his first year and was voted the NFL’s Offensive Rookie of the Year.

He failed to hit those heights in his second year, though, as he was troubled by an ankle problem and his 2020 season could end with just 94 total yards.