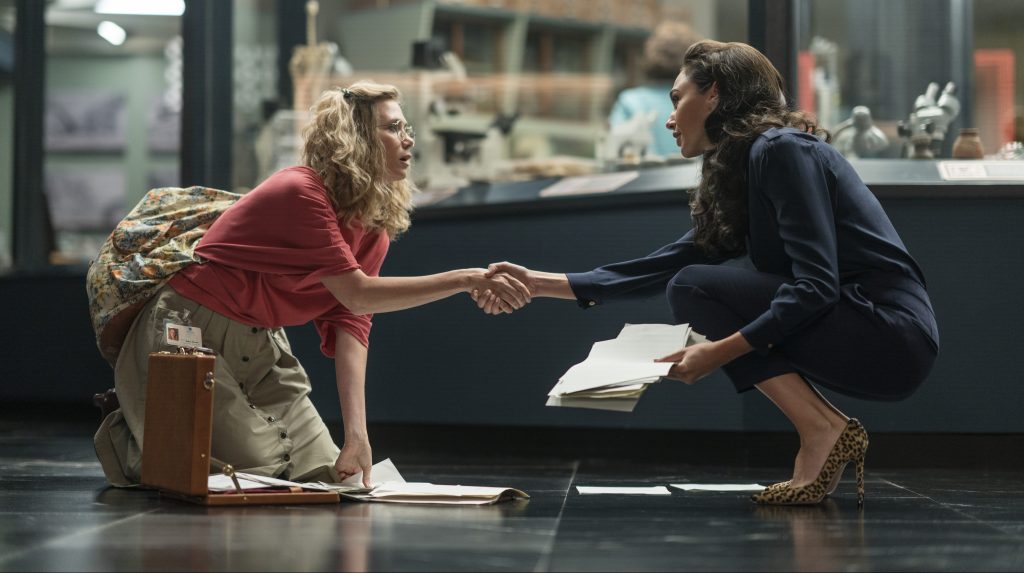 It’s historically been a week when we’re reporting on Star Wars movies doing a daily box office average of $20M, but in this distressed Covid environment where 60% of all U.S. and Canadian theaters are closed, we have only to highlight that Warner Bros.’ Wonder Woman 1984 did an estimated $22.5M in its first week. Eeesh. Now these numbers do not come from Warners as they’re not reporting until Sunday, rather box office sources with their ears to the ground.

Last night on New Year’s Eve, Warners trumpeted that the Patty Jenkins DC sequel had clicked past $100M WW. WW1984 is also available on frosh streaming service HBO Max for the next 24 days before theaters get a second month’s exclusive window of the film. It’s not clear yet which side of the coin for Warners is faring better here stateside in regards to WW1984 –HBO Max or box office– as the studio has not released any hardcore, numerical data indicating viewership, or subscriber count surges.

Interestingly enough, WW1984 is going to own the domestic box office for the next two weeks until Open Road’s Liam Neeson action title The Marksman and United Artists Releasing’s Wrath of Man open on MLK weekend Jan. 15.

News of the World finals its first week with $3.68M in 3rd after a $480K New Year’s Eve, +50% from Wednesday. Uni sold foreign to Netflix on the movie to make bank, and the pic has a truncated theatrical window with a PVOD drop later this month.

In 5th, with a first week of $1.2M is the 92% certified Rotten Tomatoes fresh Promising Young Woman which grossed $110K yesterday, -12% from Wednesday.

Fourth place is estimated to belong to Sony/Screen Gems genre feature Monster Hunter which earned an estimated $1.4M per B.O. sources in its second week for a running total of $3.3M.

Sixth place belongs to Lionsgate Deon Taylor thriller Fatale with $1.1M in its second week, $106K for Thursday, -4% and a running total of $2.39M though 14 days.

Roadside Attractions has reported that the first week of Italian feature Pinocchio staring Robert Benigni did $488,8K at 786 locations. Movie made $54,3K yesterday about even with Wednesday’s $54,6K.