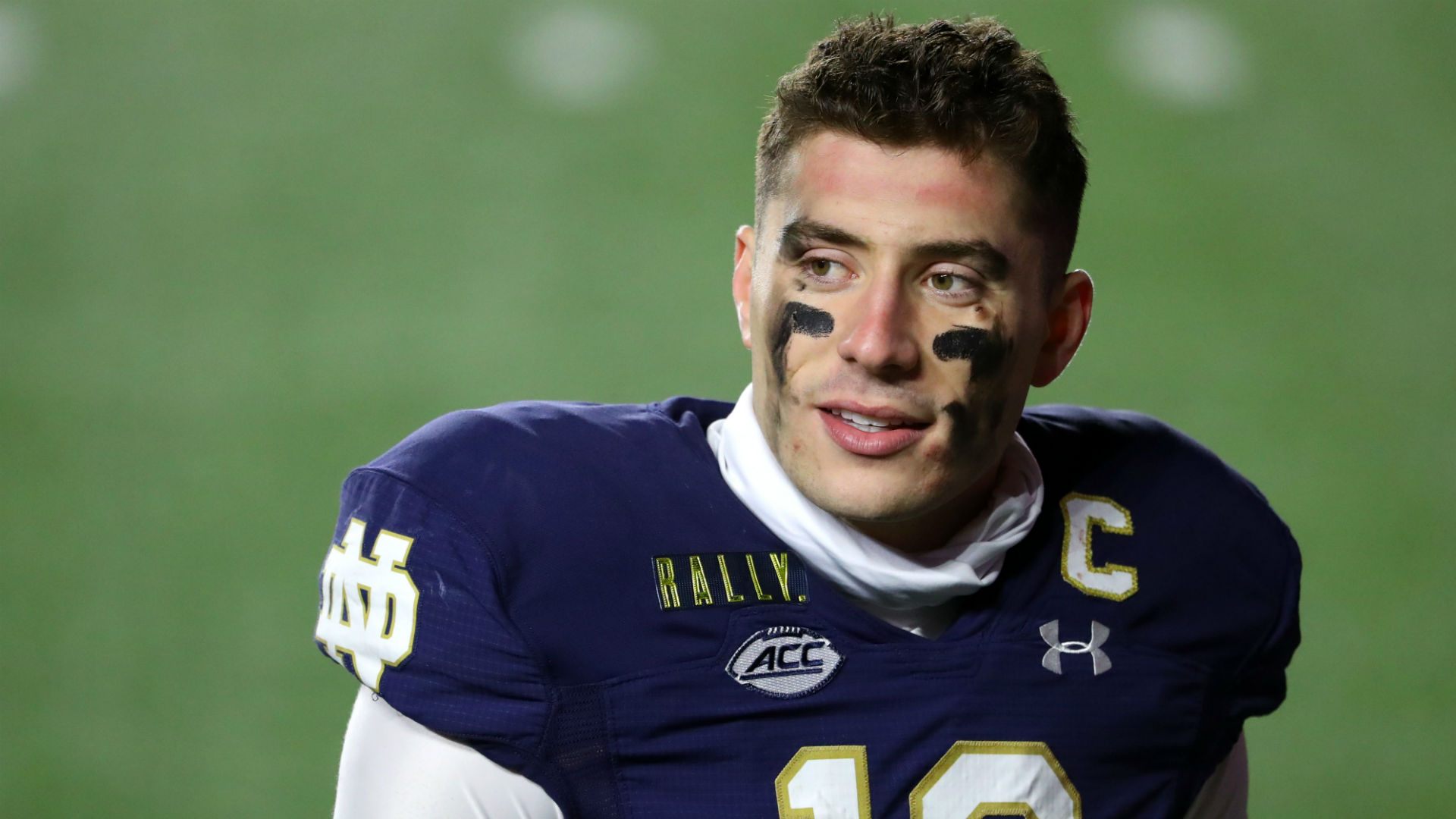 If Ian Book is taken in the 2021 NFL Draft, it will likely be in the late rounds. That’s what a couple of experts told the South Bend Tribune recently.

That’s a shame, not because it misgauges Book’s talent — NFL talent evaluators know what they’re doing more often than not. But it’s too bad because, when a player doesn’t make serious noise at the professional level, his college contributions can often be lost. Notre Dame has one of the most storied histories in a nation of historic college football teams, and Book’s play as a quarterback could be argued as just behind Brady Quinn on the program’s QB ranking list.

Book’s not 6-5 (he’s more like 6-feet nothing). He doesn’t have a howitzer of an arm. He hasn’t won a national championship or a Heisman Trophy or threw for 40 touchdowns in a season. What Book has done is win, more than anyone the Fighting Irish have ever had at the QB spot. Whether that matters to NFL scouts isn’t that relevant, because no matter what Book does professionally, he’ll have his Notre Dame legacy intact. For a three-star recruit who didn’t receive any other Power 5 scholarship offers, winningest quarterback in Notre Dame history doesn’t sound too bad.

Ian Book wasn’t supposed to turn into the winningest quarterback in Notre Dame history. Aside from the Fighting Irish, he had scholarship offers from the likes of Boise State, Washington State, UNLV and Idaho as a three-star QB out of El Dorado Hills, California.

When Book arrived on campus, Notre Dame was coming off a 4-8 season in 2016 and looked a long, long way from their glory days of old. Book mostly watched as a freshman as Brandon Wimbush led the Fighting Irish to a 10-3 record, but then it was Book’s job from there on out.

In 2018, Book led Notre Dame to a national semifinal matchup with Clemson, and he completed more than 68 percent of his passes with 19 touchdowns as the Fighting Irish went 12-1. It was an 11-2 record the following year as Book’s completion percentage dropped, but he went from a game manager to a playmaker, throwing for 34 TDs and running for four more.

As a senior, Book led Notre Dame back to the College Football Playoff. He helped upset Clemson early in the season in a masterful double-overtime performance in which he threw for 310 yards.

Book put it all together as a senior, throwing all two interceptions prior to the start of the College Football Playoff. He and his Fighting Irish teammates enter a matchup with No. 1 Alabama as huge underdogs.

But for Book, all that’s left in legacy building is gravy. He beat Syracuse in the final week of the regular season to nab his 30th win as Notre Dame’s starting quarterback, letting him stand alone in program history.