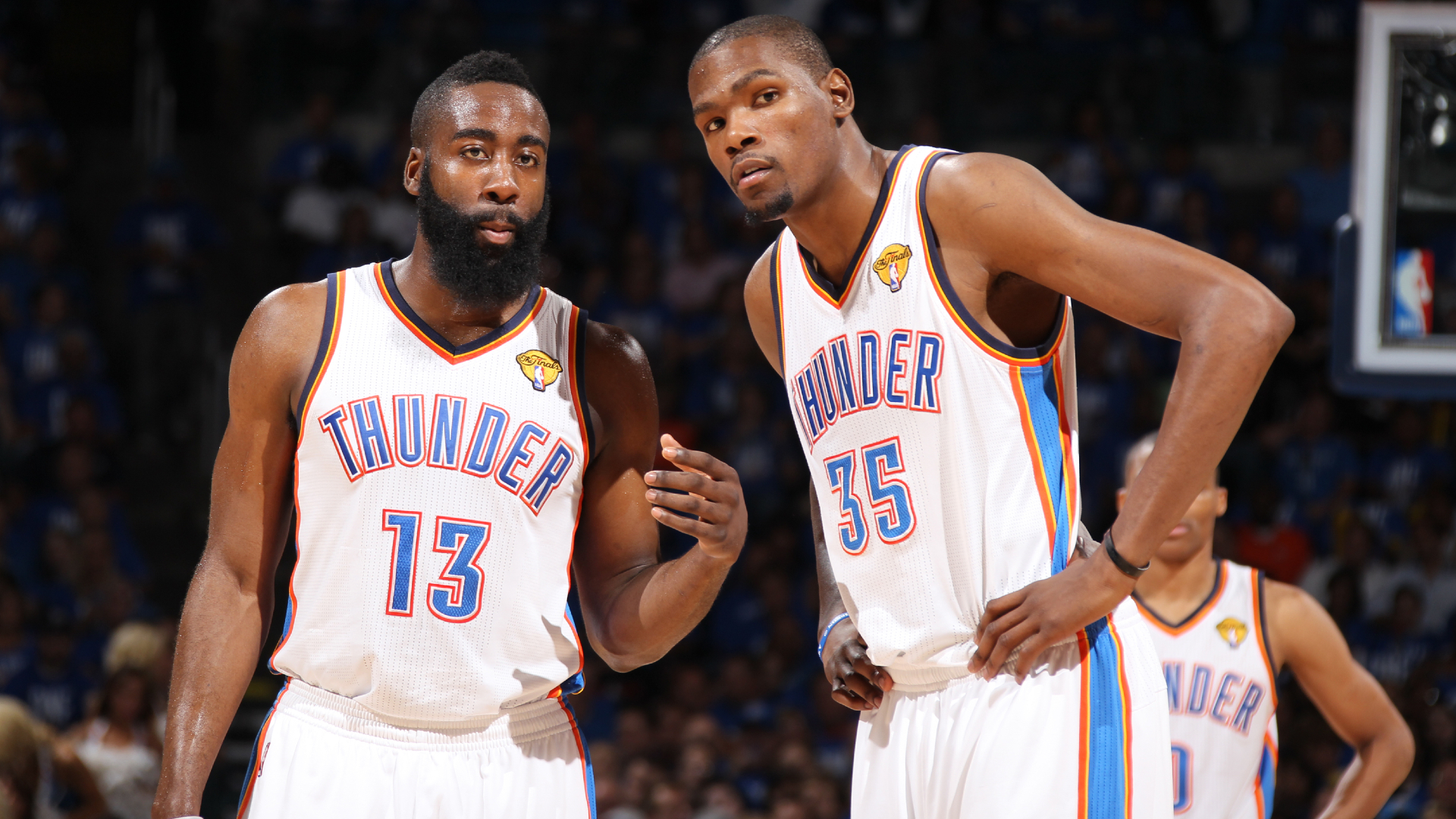 Kevin Durant said his previous experience playing alongside James Harden was “fun” ahead of the pair’s expected reunion with the Nets.

Harden was reportedly traded from the Rockets to the Nets on Wednesday in a four-team deal also involving the Cavaliers and Pacers. Durant and Harden spent three seasons together with the Oklahoma City Thunder between 2009 and 2012 before the latter headed to Houston.

Asked about his previous experience playing with Harden, Durant told a news conference: “It was fun.”

Durant was unwilling to discuss the trade, which is yet to be confirmed, further.

The star had 26 points, six assists and three rebounds in the Nets’ 116-109 win over the New York Knicks on Wednesday.

He played on back-to-back days for the first time since rupturing his Achilles during the 2019 NBA Finals with the Golden State Warriors.

“I wanted to see how my body felt this morning, how I felt after the game last night,” Durant said.

“I was just trying to monitor everything leading up until the game and obviously throughout the game and I felt good.

“Hopefully I keep building on it and as the season goes along I continue to keep getting stronger and get used to the game again, the schedule, the travel, everything, so this is a good step.”

The Nets improved to 7-6 with their win over the Knicks.