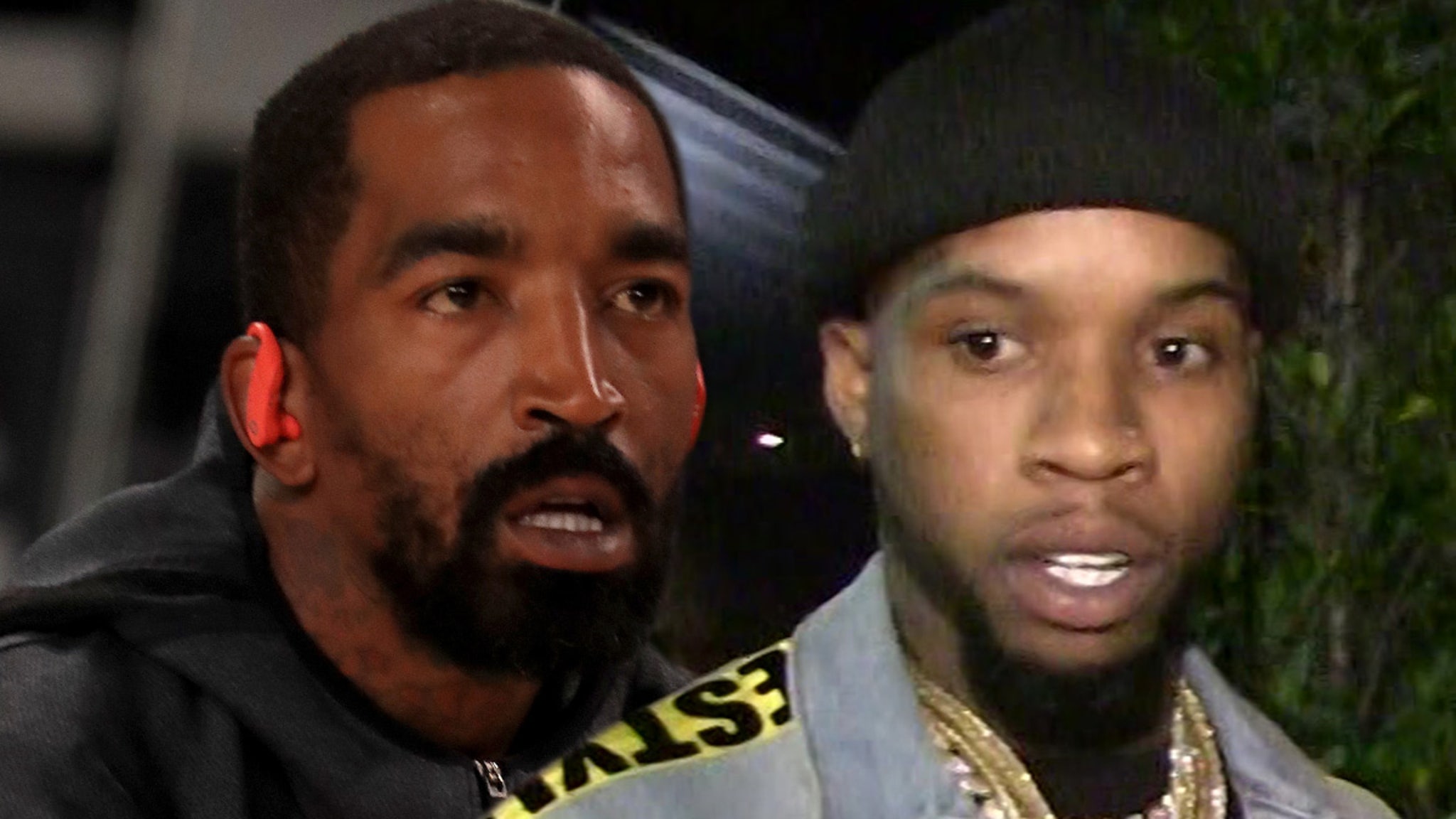 L.A. Lakers guard J.R. Smith is clapping back at Tory Lanez after getting DISSED on his latest album … calling the artist a “clown” and a “lil ass boy.”

A bit of a refresher — the NBA vet was outspoken after Megan Thee Stallion accused Tory of shooting her in July … saying, “This clown shoots a female and ya’ll listening to his music.”

“TF Tory Lanez,” J.R. added. “You a straight clown. Facts. And tell whoever to hit my line. It’s whatever.”

Fast forward to Thursday night … when Tory addressed ALL accusations and negative comments made against him since the alleged incident — including Smith’s jab — on his track, “Sorry, But I Had To…”

Here are the lyrics about Smith:

“J.R. Smith, it’s the pot that piss … And you the last cat that should talk about some shots that hit.”

“You the type to buy a chick a eighty and ya still won’t get a inch up in her.”

Smith — fresh off the Lakers’ 114-108 win over the Denver Nuggets — heard Tory’s bars loud and clear … and fired right back on his Instagram story.

“bust ya gun at a female you all types of 🤡”

FWIW — 5’3″ Tory also denies Meg’s shooting claims … but we know where Smith stands on that issue.

So far, Tory hasn’t responded to Smith’s diss of his diss … but we take it he’ll have something to say.

AT&T CEO John Stankey “Not Optimistic” On Theatrical; “I Can’t Tell You We Walked Away From The ‘Tenet’ Experiment Saying It Was A Home Run”
Warzone Halloween 2020: How to get cleaver, Pumpkin Punisher, trick or treat supplies
The Vow Season 2: What Happened to Keith Raniere, Allison Mack, and More NXIVM Key Players
Radio failure forces Chase Elliott to get creative, prompts complaints of NASCAR favoritism
Week 7 Fantasy WR Rankings: Must-starts, sleepers, potential busts at wide receiver