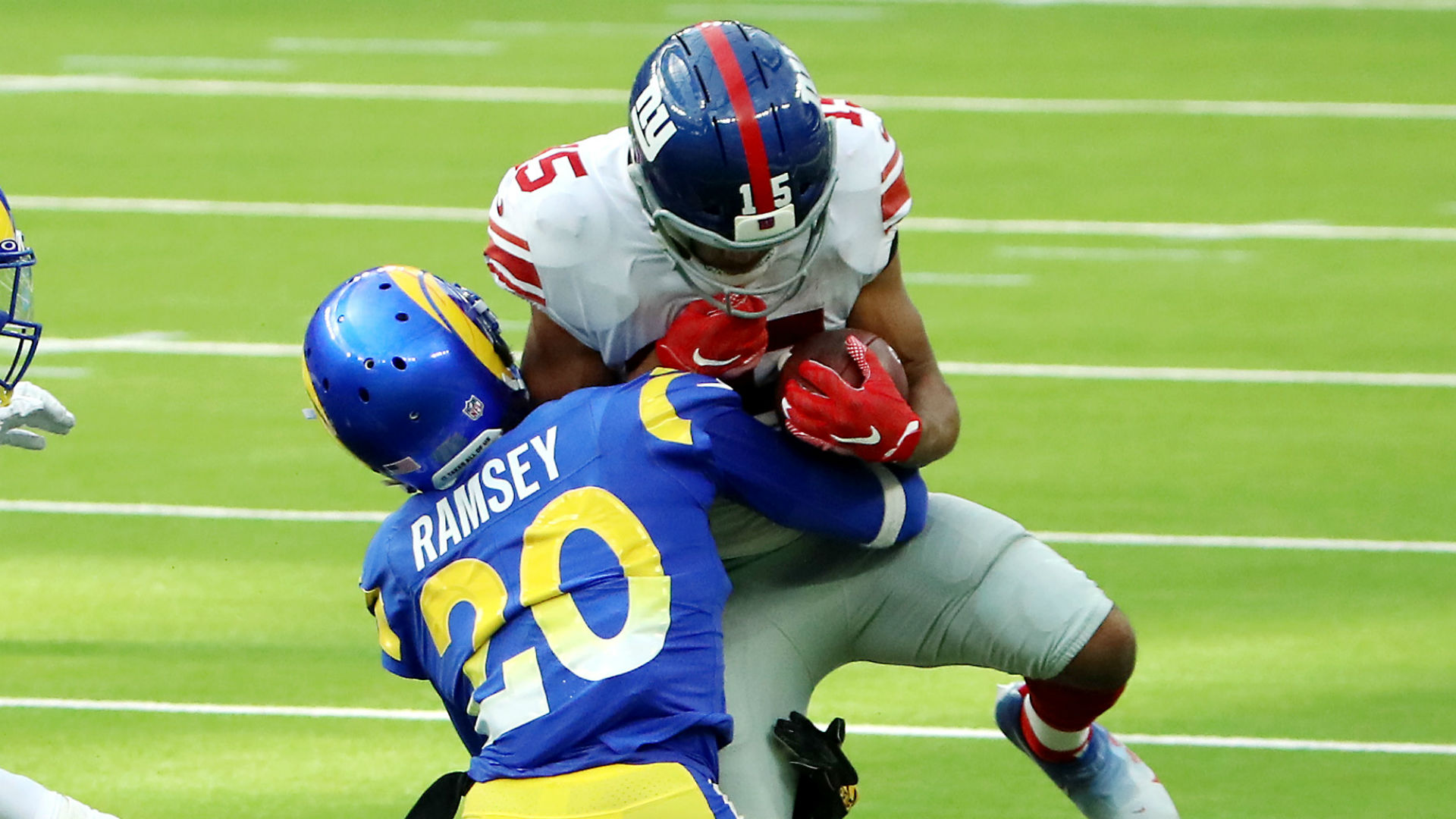 Jalen Ramsey and Golden Tate presented a master class in how not to social distance on Sunday.

It wasn’t long after the Rams’ 17-9 home win over the Giants that the teams met at midfield but also set off fireworks when the Rams cornerback and the Giants wideout exchanged blows.

While Fox’s broadcast didn’t catch much of the hubbub, Greg Beacham of The Associated Press detailed the dust-up:

Jalen Ramsey and Golden Tate are fighting at midfield

Ramsey and Tate walked toward each other after the final whistle. They both took swings almost simultaneously and then went down in a heap. Their teammates pulled them apart.

Ramsey has 2 children with Tate’s sister, Breanna. They had a public breakup last year.

Ramsey’s history with Tate’s sister Breanna Tate hit the back pages last year. Golden Tate took issue with Ramsey breaking up with his sister while she was pregnant and then dating a Las Vegas dancer.

“I’m not happy at all with the disrespect that he’s shown towards my sister, and the things he’s done in the past, but I don’t really want to go too much into it,” Golden Tate told the New York Post last October.

Earlier in the game, Ramsey planted Tate with a hard, clean tackle:

This is one of those ugly feuds that goes beyond the field. Hopefully, Sunday’s brawl was the last of it.

(UPDATE: A source told ESPN Giants reporter Jordan Ranaan that Ramsey waited outside the Giants’ locker room to fight Tate again, so this beef doesn’t appear to be over.)