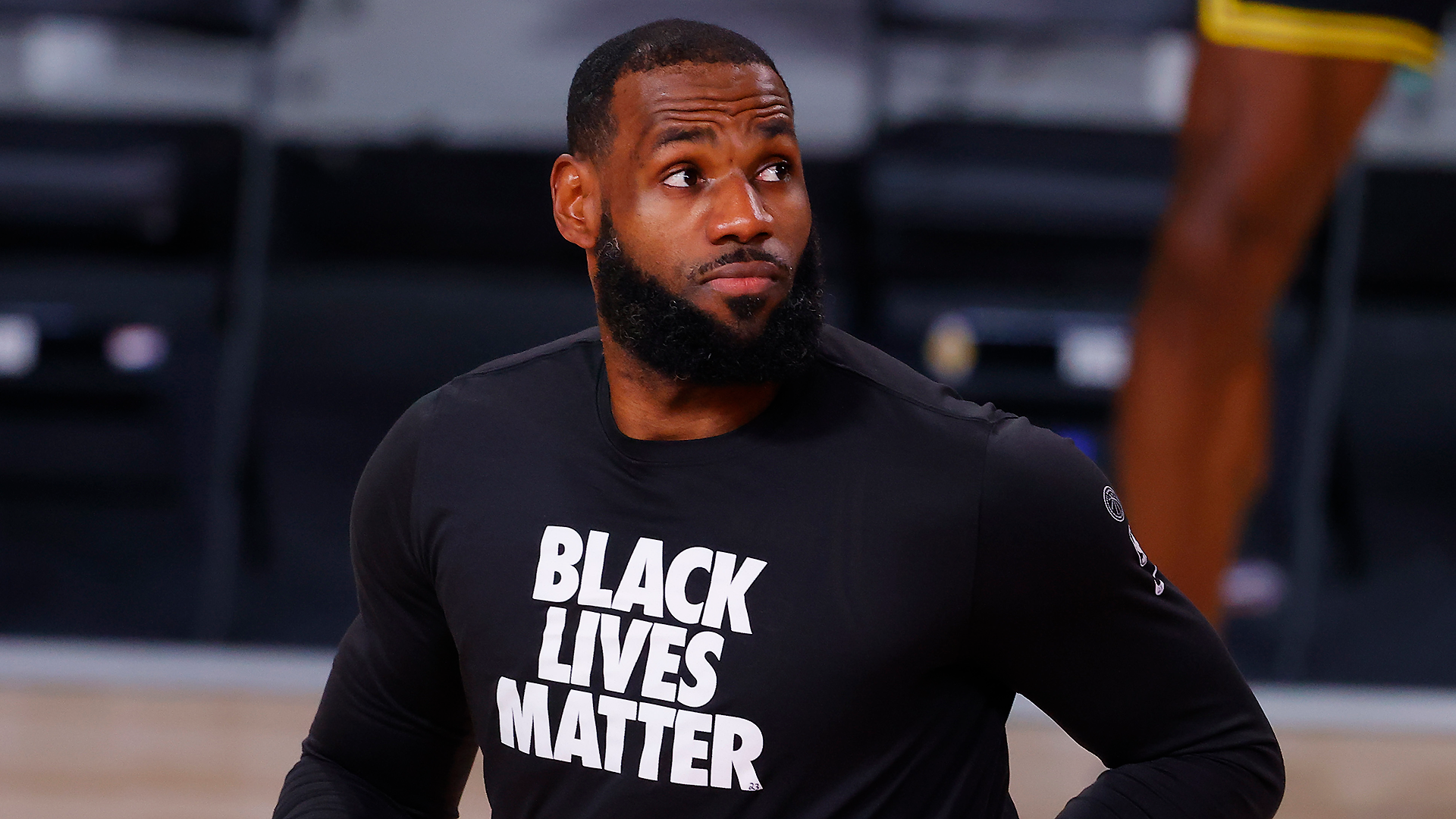 Lakers star LeBron James declared he is ”devastated, hurt, sad and mad” after a grand jury decision came down Wednesday in the case of Breonna Taylor, a 26-year-old Black woman who was killed in her apartment by Louisville police officers executing a warrant as part of a drug investigation on March 13.

The grand jury indicted former detective Brett Hankison on first-degree wanton endangerment charges, which pertains to endangering to the lives of Taylor’s neighbors because shots fired by Hankison allegedly entered a nearby apartment. However, Hankison, Sgt. John Mattingly and Det. Myles Cosgrove were not charged in relation to Taylor’s death.

Kentucky Attorney General Daniel Cameron said officers were “justified in their use of force,” but Taylor family attorney Ben Crump called the decision “outrageous and offensive.”

Several NBA players had strong reactions once the decision was announced, including James, who sent out several tweets about the case.

“I’ve been lost for words today! I’m devastated, hurt, sad, mad!” James said. “We want justice for Breonna yet justice was met for her neighbors [sic] apartment walls and not her beautiful life.”

I’ve been lost for words today! I’m devastated, hurt, sad, mad! We want Justice for Breonna yet justice was met for her neighbors apartment walls and not her beautiful life. Was I surprised at the verdict. Absolutely not but damnit I was & still am hurt and heavy hearted! I send

The most DISRESPECTED person on earth is THE BLACK WOMAN! I promise you I’ll do my best to change this as much as I can and even more!! LOVE to you QUEENS all over this country and beyond! 👸🏽👸🏾👸🏿❤️❤️❤️❤️❤️❤️❤️❤️❤️

James has been one of the most outspoken players on social justice issues and continued to share his thoughts on social media throughout the 2020 playoffs despite traditionally shutting down his feeds for the postseason. After Game 3 of the Western Conference finals on Tuesday night, James addressed the questions about his voice possibly contributing to violence against police officers.

“I’ve never in my 35 years ever condoned violence. Never have,” James said. “But I also know what’s right is right and what’s wrong is wrong, and I grew up in the inner city in a Black community in what we call the hood or the ghetto, however you want to picture it. And I’ve seen a lot of counts first-hand of a lot of Black people being racially profiled because of our color. I’ve seen it throughout my whole life.”

“I’ve never in my 35 years ever condoned violence. Never have. But I also know what’s right is right and what’s wrong is wrong.”

LeBron explained why he continues speaking out about police brutality: pic.twitter.com/MTz6oGpQXw

“And I’m not saying that all cops are bad. … I’m around them all the time, and they’re not all bad,” James continued. ”But when you see the videos that’s going on — not only my hometown but all over America, you continue to see the acts of violence towards my kind — I can’t do nothing but to speak about it, and see the common denominator. But not one time have I ever said, ‘Let’s act violent toward cops.’ I just said that, ‘What’s going on in our community is not OK.'”