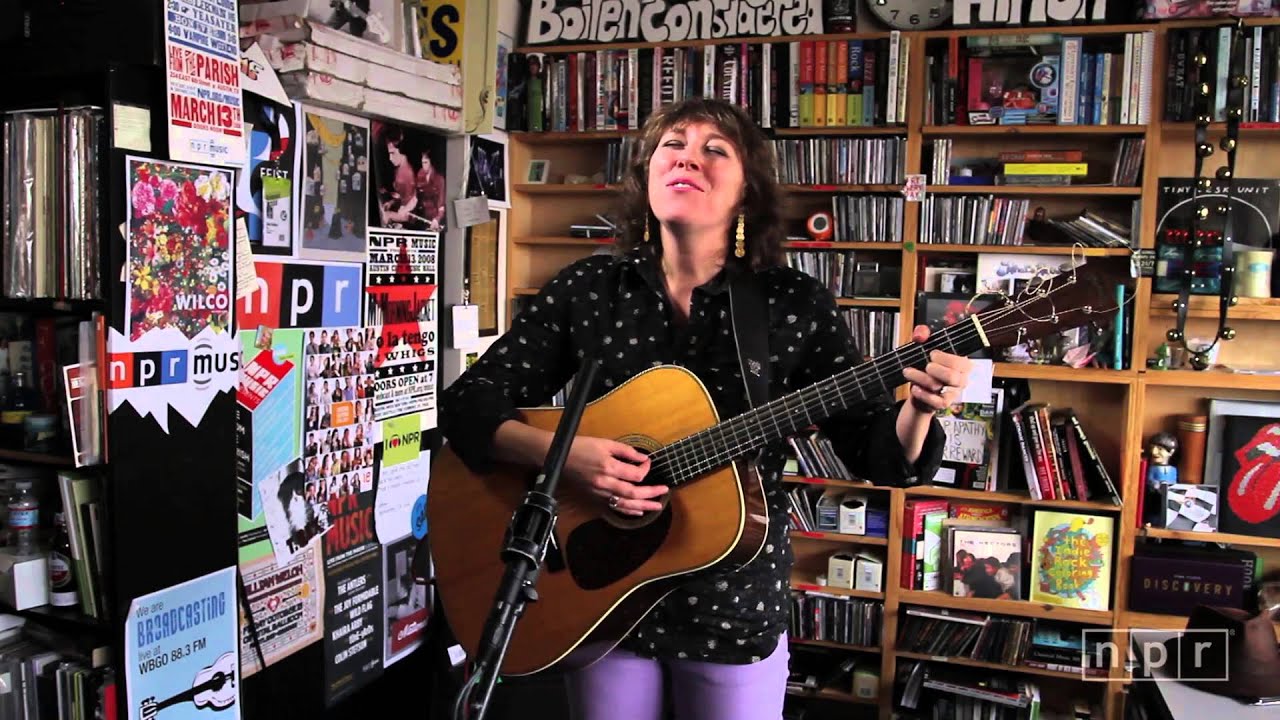 Martha Wainwright’s songs examine uncomfortable moments and life experiences gone wrong, but as she acknowledges in between songs at this Tiny Desk Concert, she often has to fudge her own life story to make the details more unsettling. (“Take everything with a grain of salt,” she says, “except the good stuff.”) What she does is the opposite of sugarcoating: She roughs up life’s smooth spots, then digs her fingertips into the cracks that form.

Wainwright’s new album, Come Home to Mama, addresses her place on the continuum between her late mother (singer Kate McGarrigle) and her young son — particularly in the wrenching and insightful “Everything Wrong,” a ballad Wainwright calls “my first song about motherhood.” That song closes both Come Home to Mama and this concert in the NPR Music offices, and it’s tremendous: raw and almost painfully intimate, wonderfully humane and ultimately hopeful.

Martha Wainwright is the second member of her family to play the Tiny Desk in the last few months, following in the footsteps of her brother Rufus. Their father, Loudon Wainwright III, released a marvelous record near the beginning of this year, so is completing the family trifecta too much to ask? Consider this an invitation.

Set List
“Some People”
“Can You Believe It?”
“Everything Wrong”