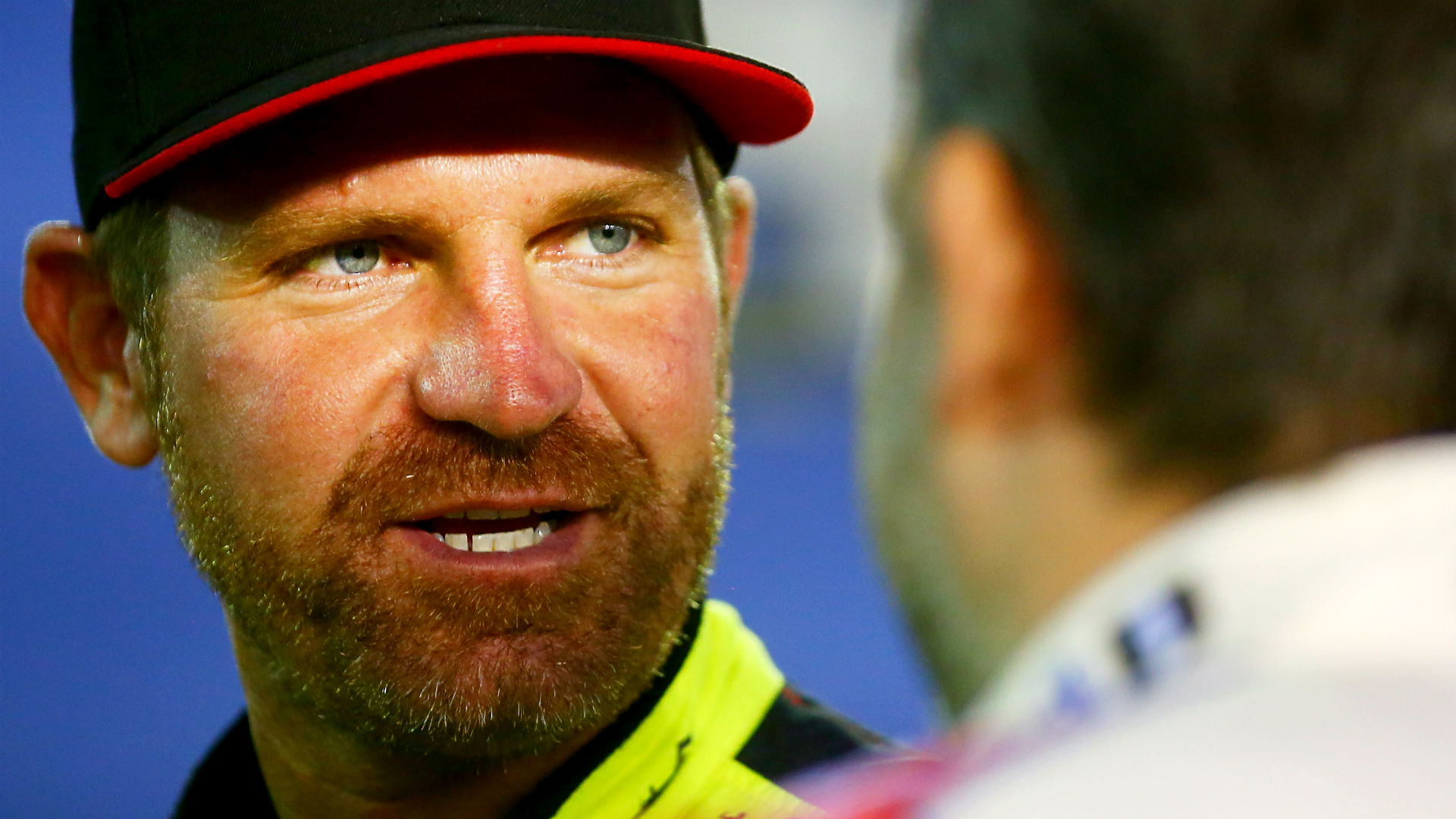 Clint Bowyer will leave his No. 14 NASCAR car after the 2020 season as one of the most popular drivers in the Cup Series circuit.

His retirement, announced last week, continues a changing of the guard in stock car racing. Jimmie Johnson is also stepping away from NASCAR following the campaign, and Kurt Busch is mulling a departure after next year.

Bowyer does not have the accolades of Johnson or Busch, but his rambunctious personality has endeared him to a generation of viewers. His blunt expressions and general energy should also make him a natural fit for his 2021 role in Fox’s TV broadcast booth.

“I don’t regret anything,” Bowyer said. “I can promise you this. I’ve probably had more fun than about anybody out there in these last 16 years — probably too much fun sometimes. But would I take anything back or would I change anything? Absolutely not.”

MORE: Playoff standings for Round of 8

Bowyer was eliminated from the playoffs last weekend, but his exit provided a memorable image.

After his power steering went out in the middle of the ROVAL course race, he managed to not only finish the race, but also drag himself forward in the field up to 10th place. He crumpled alongside his car soon after crossing the finish line.

Here’s what some of NASCAR’s biggest names during Bowyer’s career had to say about him since his retirement announcement:

“I knew when it came time to find someone to take the seat of the (Stewart-Haas Racing) 14 car, I didn’t have to look far. I knew in my head and my heart wanted that transition to go. Clint was definitely that guy. . . . Clint has always had that magnetic personality. I think he can walk into a funeral and in five minutes, turn it into a comedy show.”

“We came in as rookies together in ’06, us and Martin Truex, and it’s been fun competing with him. We’ve had some on-track battles and things like that. But our families kind of grew up somewhat around the same time since we had kids around the same time. So there’s always been a bond there. And I think that certainly he has been a great ambassador for our sport. He’s very outgoing, very outspoken, and I certainly think that he’s going to carry on that in the TV world now, and be a contributor for our sport and be an asset in the future.”

“He’s obviously a very loud individual. He’s a very competitive guy at the same time, but he’s certainly the life of the party. Always has been. I think his his attitude and just the way he is made made things a lot of fun for a lot of people over the years.”

“Clint’s entertaining, that’s for sure. I’ve now had two (teamamtes) retire on me now in the 14 car with Tony (Stewart) and Clint. He’s a person who has been a lot of fun to be around, I’ve had a good time racing around him. I think he’s going to be put into a position where he’ll allow us to all be entertained by the Clint Bowyer that we all know.”