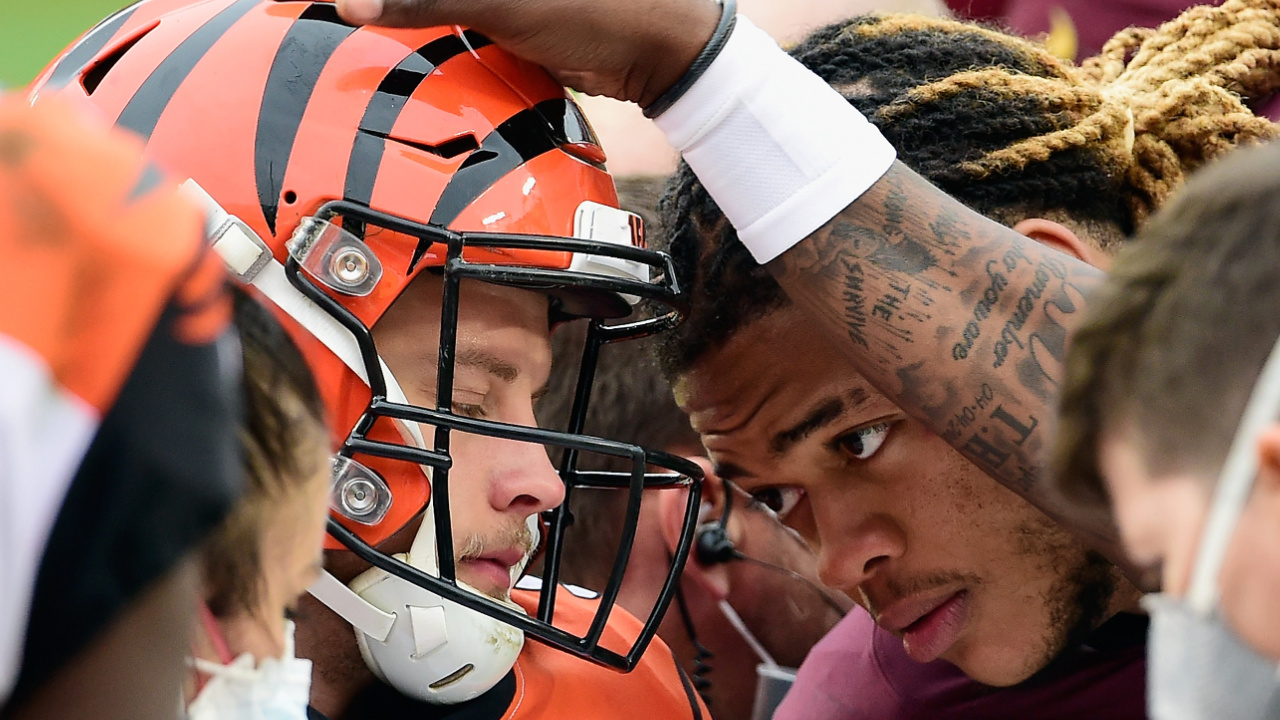 Bengals quarterback Joe Burrow’s rookie season is likely over after he was carted off the field with a gruesome left knee injury in Sunday’s game at Washington.

The NFL’s No. 1 overall pick in 2020 was injured when he took a crushing hit to his leg while planting to throw in the third quarter. He was immediately ruled out for the game.

Warning: The video below contains graphic footage of the injury.

It didn’t take long for NFL players — and stars around the sports world to show their support on social media for the 2019 Heisman Trophy winner and former LSU star.

Here are some of the reactions to his devastating injury.

Hate to see Joe Burrow carted off with a knee injury. Hope it’s not as bad as it appears. But the kid plays with such guts under fire yet has taken so much punishment playing for a bad team.