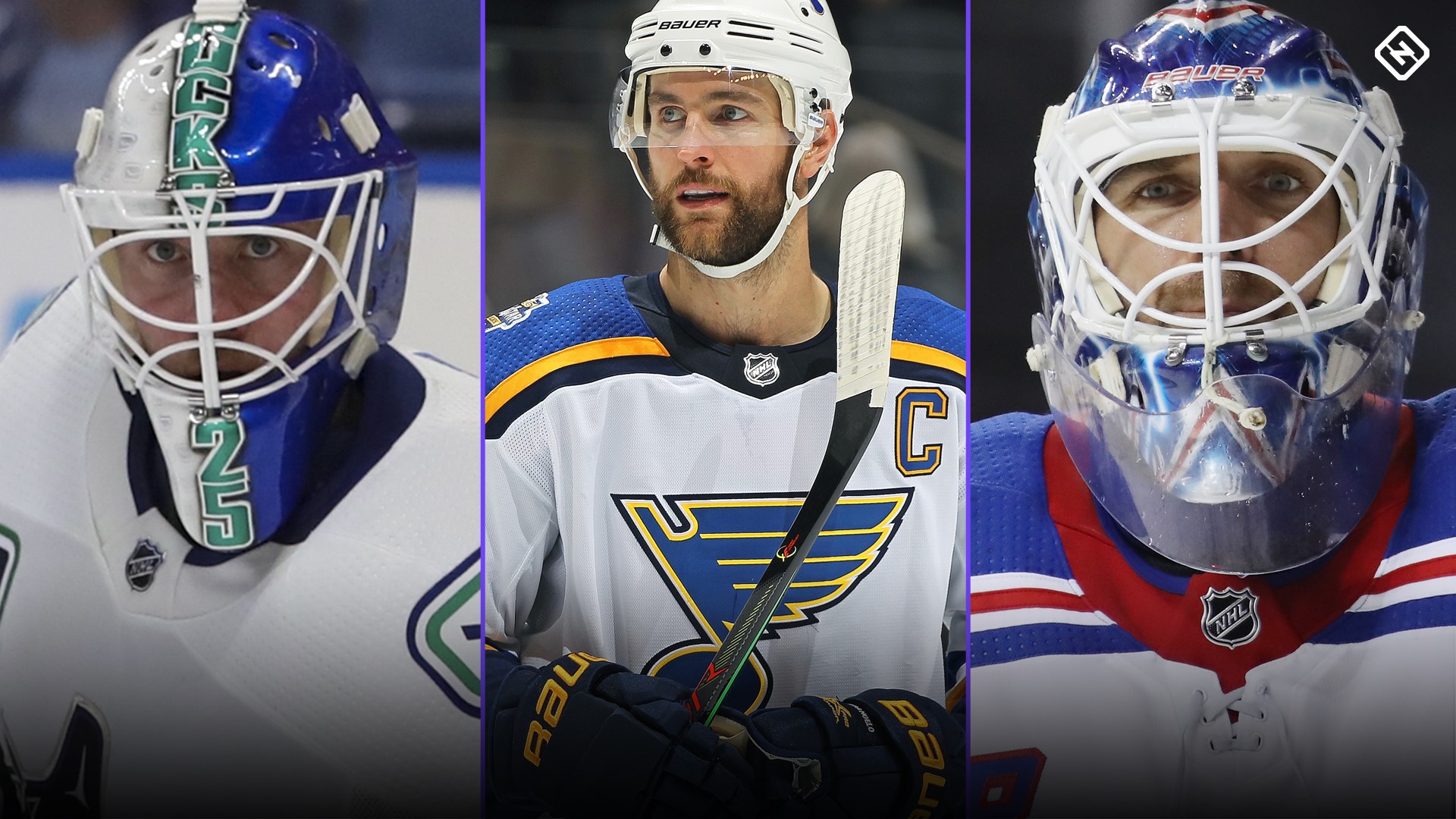 It’s Christmas in October! The NHL free agent frenzy is now in full swing, as the biggest names are off the board after more than 100 hours of wheelin’ and dealin’.

While in previous years said wheelin’ and dealin’ was fast and furious, 2020 has been, shall we say, a tad different. In a world of COVID-19 uncertainty, there have been about 150 deals that have been inked between unrestricted and restricted free agents, according to CapFriendly.

But here’s the kicker: When you add up the number of deals and divide them by the total contract years, it averages out to be about 1.66 years per contract — and that includes the long-term contracts to the likes of Alex Pietrangelo, Torey Krug, Tyler Toffoli and Jacob Markstrom. So basically, with so much unknown, no one really wants to commit beyond the next season.

Regardless of the current free agency climate — including a flat cap that has made for some interesting moves — a bunch of savvy GMs bolstered their lineup, while others had to watch as key components packed their bags and bid adieu.

Let’s take a look at the winners and losers through the first four days of free agency:

Are the Canadiens going to win the Stanley Cup? Probably not. Are they a much-improved team? Definitely.

Marc Bergevin told reporters on Tuesday he had four boxes to check during the offseason:

With youngsters such as Nick Suzuki and Jesperi Kotkaniemi and the new additions, the two elder statesmen have to be pleased with the retooling of the roster. Montreal, which sneaked into the bubble before surprisingly booting the Penguins, should see themselves heavily in the postseason mix come the new season.

Winner: The friends we made along the way

Oh, to be a fly on the wall when Torey Krug first walks into the Blues locker room. Although, it seems as if Krug and new teammate Robert Thomas have made amends.

Not sure if it’s because of the current climate, but a lot of players signed deals to be close to family.

Taylor Hall also mentioned on a call with reporters that he’s “very interested” in staying in Buffalo long-term after signing a one-year, $8 million deal with the Sabres, as “it’s close to home, close to my parents.”

Nate Thompson signed a one-year deal with the Jets, which is not too far from where his son lives in Minnesota. He noted on a call with reporters it was “another great reason to play in Winnipeg now.”

When everyone signs a one-year deal — and there’s a lot at the league minimum of $700,000 — the team’s accountants are happy. Salary cap guys, though, maybe not so much. A few teams are sitting close to the $81.5 million upper limit, or are even hanging out above it. That’s allowed for now as long as the team doesn’t go above 10 percent, but they will need to figure out how to get below the limit by the time the puck drops.

As Golden Knights GM Kelly McCrimmon, whose team is within that 10 percent allowance, said: “We’ll be cap-compliant on Opening Day as we were one year ago and as you have to be to play in the National Hockey League.”

The defenseman was acquired from the Golden Knights on Monday night as the team made room for Alex Pietrangelo. Well, just a few minutes into his call with reporters on Tuesday — after he kicked things off with raising his hand when the Canucks PR told reporters to use the raise hand function to ask questions — it quickly became apparent Schmidt, who coined himself as “goofy” will be a go-to-guy for quotes.

Here’s just a couple of one-timers from the new fan favorite.

“I didn’t have any blue sweatshirts, so you guys get my junior blue, my junior team,” he said when showing off his USHL Fargo Force sweatshirt.

“Just don’t tell anybody, but they pay me to have fun every day.”

“I mean, I’m pretty sure I can remember Mr. Pettersson spinning me into a top last year.”

On playing in Vegas: “Forever a misfit.”

On what he can bring to the Canucks: “Be rock-solid, keep my feet moving, defend hard, eat a couple of pucks for dinner.”

It has been a long-time — like, way back to Miikka Kiprusoff’s time — since the Flames had a goalie who can dominate games consistently between the pipes. On the first day of free agency, the team went out and got that guy when they signed Jacob Markstrom to a six-year, $36 million deal.

“Anybody that has followed us knows we’ve tried different things in goal,” said GM Brad Treliving. “The signing of Jacob isn’t a criticism of anybody who was here or is here. We just feel that not very often do top No. 1 goaltenders get to the market. If he did, we wanted to see if there was a way to strike a deal — and we did that.”

The Swede is coming off a year where he finished fourth in Vezina Trophy voting with 23 wins in 43 games and a .918 save percentage. He’s expecting nothing but continued success as he joins the “C of Red.”

“I’m so excited because I feel like I have plenty of more levels to reach and evolve,” he said, adding that it took him a little while to figure out his game and what it takes to be a top goalie in the league. “I can’t wait to do that in a Flames jersey. I think we have something big going.”

They got No. 1 free agent Alex Pietrangelo: winner.

But now they have to shed salary with character guys such Schmidt, with more dominoes to still fall: loser.

Let’s just say the Stanley Cup champion and Hockey Hall of Famer has taken his clutch game from the ice to the GM chair and has made the current iteration of the Avalanche a must-see Cup contender.

The Oilers GM had a few holes to fill. Yes, he added Tyson Barrie on the blue line, but he had a huge hole to fill in between the pipes. Despite a flush goalie market, he went with Mike Smith.

MORE: Oilers re-sign Mike Smith and no one gets it

Nothing against “Mr. Hockey,” but his record for most games played is about to fall to Patrick Marleau. The 41-year-old kid signed a one-year deal to return to the Sharks and is just 44 games behind Howe.

“I still love playing. I still love the competition. I’m still going after my dream of winning the Stanley Cup and I’m still able to get out there and play and have fun and I think that’s the thing that keeps me going,” Marleau said on Tuesday.

“As far as Gordie’s record, you never know what happens. If it does happen, that would be something pretty special, for sure.

He later added: “It would be something pretty special to do. Gordie being from Saskatchewan as well, my home province, it’d be kind of cool to have that connection with him.”

MORE: Sharks, Marleau re-up for what should be a historic season

Yes, the Canucks GM stole — yes, stole — defenseman Nate Schmidt from the Golden Knights for a third-round pick in 2022. But due to some bad contracts over time, he had no room to sign Markstrom, Quinn Hughes’ partner Chris Tanev (Flames), goalie Louis Domingue (Flames), deadline pickup Toffoli — whom he paid a hefty price for — or defenseman Troy Stecher (Red Wings).

The Athletic’s Harman Dayal tweeted: “Nobody can blame Troy for leaving. I understand not qualifying him but VAN barely communicated with him in the offseason and didn’t make a serious effort to try bringing him back until they realized they had no other option. Would you sign with a team that’s lukewarm on you?”

On a call with reporters, Toffoli also expressed some displeasure with how the Canucks conducted business:

“I talked to them a little bit, but I think everyone knows what their situation is and was so they didn’t really have a whole lot of conversations with us,” he said on Tuesday. “At the time it was frustrating but thinking about it now everything happens for a reason.”

Nothing will be sadder than seeing Henrik Lundqvist in a Capitals jersey. That’s it.

MORE: Ex-Rangers goalies on Lundqvist | Why Capitals move works and does not