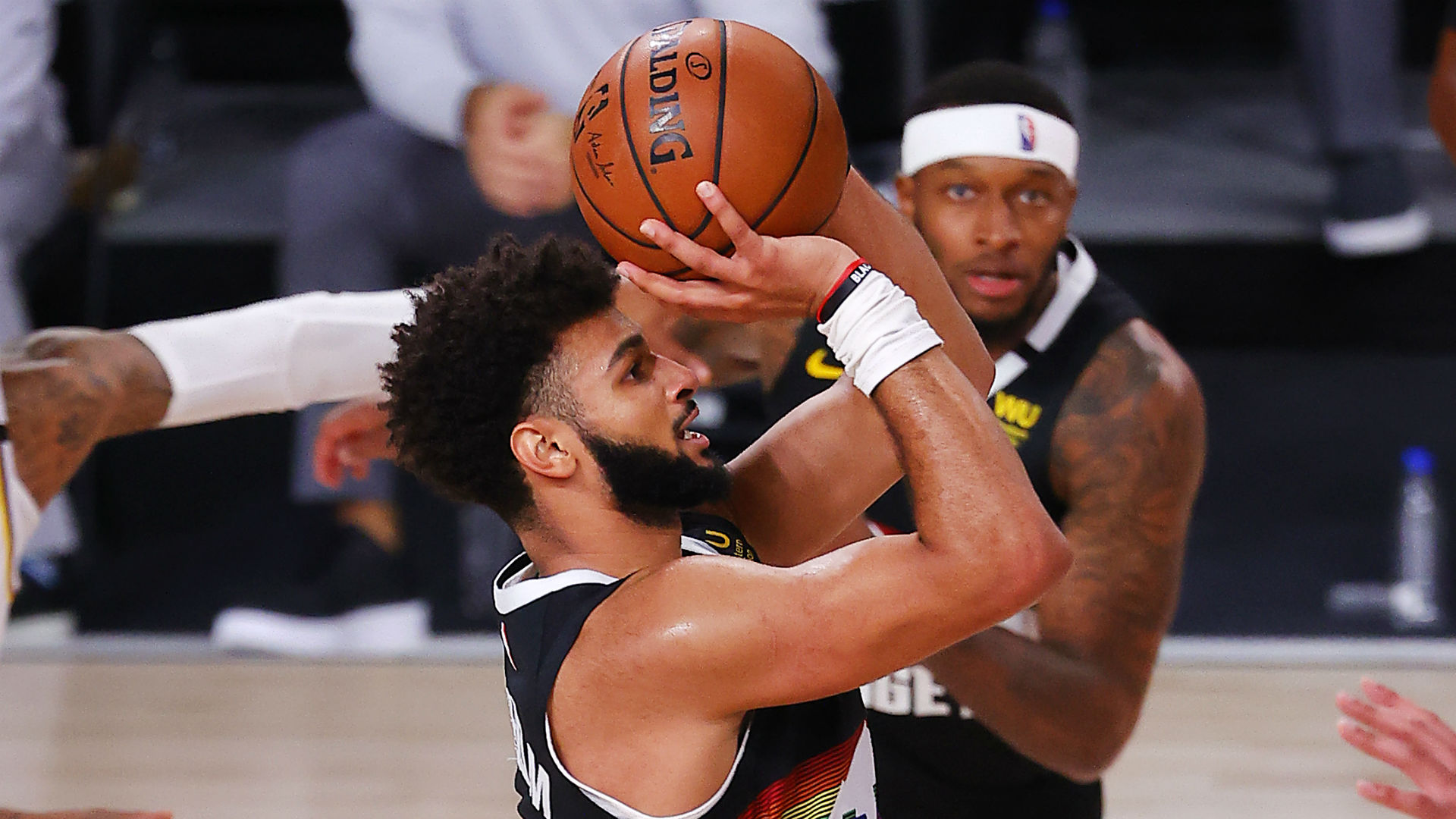 Was Nuggets guard Jamal Murray watching “The Last Dance” prior to Game 4 against the Lakers?

In the second quarter of Thursday night’s Western Conference finals contest, Murray drove right down the middle of the lane and took off toward the rim. He appeared to be in trouble when Lakers forward LeBron James arrived ready to reject Murray’s shot attempt, but the 23-year-old executed a ridiculous up-and-under that brought the Denver crowd — well, it would have brought the Denver crowd to its feet under normal circumstances.

The spectacular finish made NBA Twitter go crazy, and some even compared Murray’s move to Michael Jordan’s famous lefty layup against the Lakers in the 1991 NBA Finals.

how many times did yall watch that Jamal Murray shot? how did he make that lol

So who did it better: Murray or MJ? Here’s Jordan’s bucket, which is still beautiful on its thousandth view:

And here’s a side-by-side comparison:

Purely on degree of difficulty, Murray wins. He actually had a defender in the way. However, Jordan pulled that off in the NBA Finals on the way to his first championship. That’s part of what makes the moment so iconic.

One thing we can all agree on: Both highlights are really damn cool.

Tennessee player gets penalized after kicking a Kentucky player in the testicles
AMC Entertainment To Open A Dozen Cinemas In NY State; CEO Adam Aron “Increasingly Confident” NYC Is “Not Far Away”
Fear the Walking Dead’s Lennie James Talks Making His Directorial Debut
Why Aaron Rodgers having ‘down years’ is a myth
The Trial Of The Chicago 7: 5 Things To Know About The Case Before You Watch The Netflix Movie