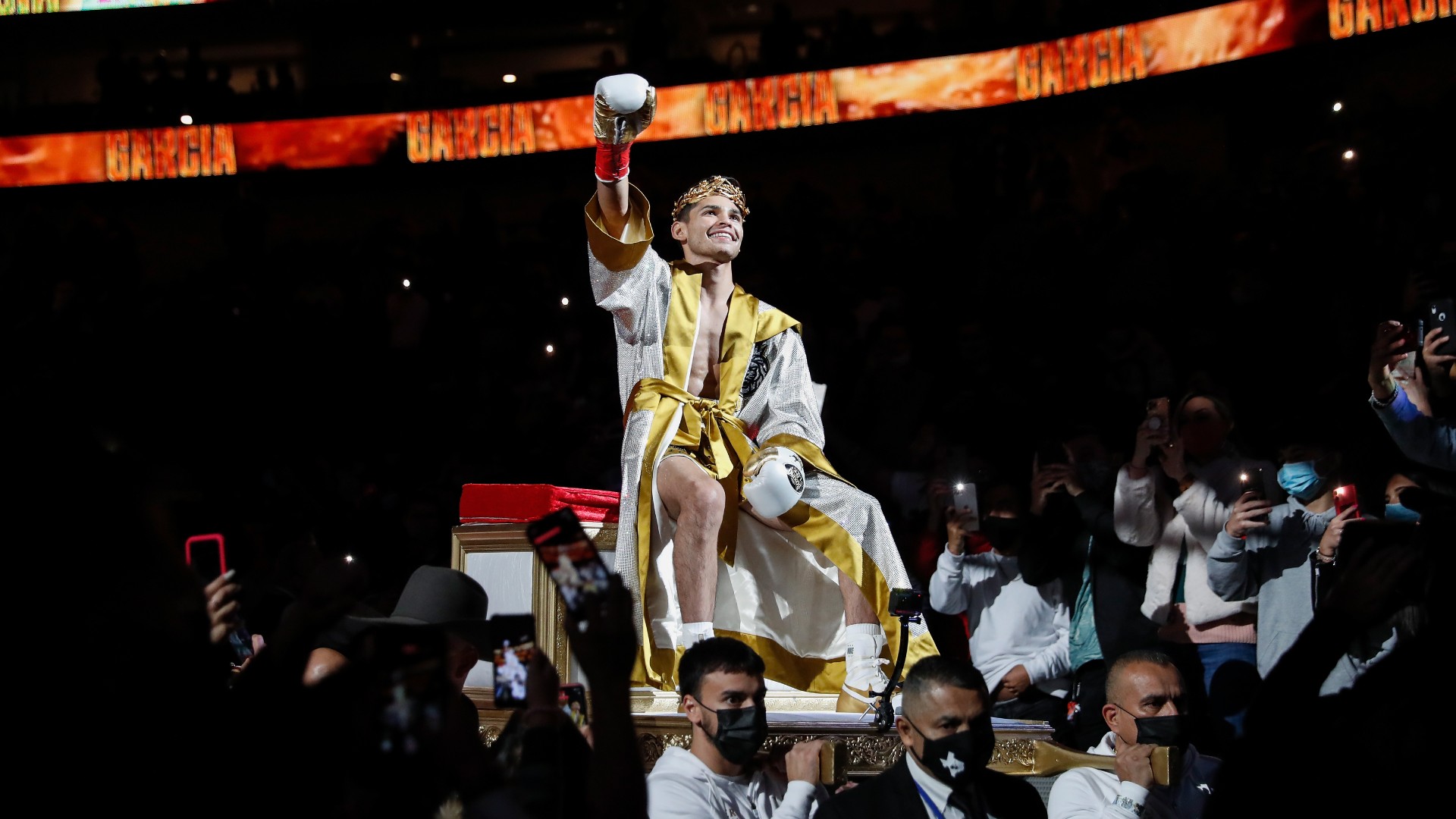 The future of boxing is in Ryan Garcia’s hands.

He may not be a world champion or sit on any pound-for-pound lists currently, but the 22-year-old still holds the key to the sweet science’s success with the social media generation.

All he had to do to reach that status was prove wrong the naysayers who declared him as nothing more than a social media celebrity. He did that with a stunning seventh-round knockout of Luke Campbell on Saturday in Dallas.

That’s not the only thing he did, though. Aside from the blistering left hook to the body that finished a 2012 Olympic gold medalist who had never been stopped in his professional career, Garcia also demonstrated that he can overcome adversity. He survived a second-round knockdown scare that nearly derailed his hype train.

He also answered questions about his conditioning. He was perceived as a front-runner who ran out of gas late in fights. Not this time. Garcia (21-0, 18 KOs) maintained his speed and power deep into the bout and secured only his second knockout after the sixth round. And he did it against the most skilled opponent he has ever faced.

Now that the hardcore boxing enthusiasts’ questions have been answered, Garcia has become an entry point for a new generation of potential fans who may not have had much interest in the sport previously.

Boxing has yet to truly captivate the social media generation. Sure, there is Anthony Joshua and Canelo Alvarez, who have immense social media followings. But their followings have been built solidly around their craft. Garcia is cut from a different cloth; he’s a social media maven who also happens to be pretty good at this fight game.

With nearly 8 million followers on Instagram, Garcia unlocks an entirely new world of fans whose attention is routinely pulled in a million different directions. Gone are the days when boxing garnered a large viewing audience because there were so few channels. With so many viewing options and streaming services now, boxing needs someone who speaks to the social media generation and is able to capture their imagination.

That person is Ryan Garcia.

He’s not a KSI or a Paul brother, a social media star who happens to fight. He’s a boxer who also understands how to utilize social media to grow his audience. In turn, more people are being introduced to the sport. Before Saturday, boxing enthusiasts weren’t quite sure what to make of him. His back-to-back first-round knockouts of Romero Duno and Francisco Fonseca raised eyebrows, but how would he fare against a legitimate threat?

Luke Campbell was the question, and a Garcia left hook to the body was the answer.

Garcia has legitimized himself among the hard-to-please hardcore fans who scoff when Jake Paul steps into the ring or who rolled their eyes when Floyd Mayweather stepped into a ring with Conor McGregor.

Boxing is sorely lacking a fighter who can turn outings into events. Mike Tyson, Oscar De La Hoya, Mayweather and Manny Pacquiao made their bouts into Super Bowl-level happenings that casuals would flock to just so they could say they were a part of them. That type of spectator doesn’t need to have any knowledge of the sport or watch any regular-season games; when it’s time for the Super Bowl, they won’t miss it.

Garcia is becoming that kind of attraction, and with other young fighters also making waves in the sport — Teofimo Lopez, Gervonta Davis, Shakur Stevenson and Devin Haney — he has plenty of potential foils to choose from for his next fight. Not only does he want to become the best, but his opponents have a lot to gain from being the first to put a blemish on Garcia’s record.

He’s the definition of must-see television. He’s explosive enough to go viral on social media and capture the short attention spans of today’s generation of consumers. Whether he’s goofing off on TikTok, sharing a video with a YouTube celebrity or posting a video of himself training alongside his good friend Canelo, Garcia understands what consumers want from him.

The hype is real, and boxing is better off with Garcia steering the ship toward a new horizon.

Metallica – Reading, England – August 29, 2015 (Live – Full Concert)
Colin Cowherd uses Baker Mayfield’s UFO sighting as another opportunity to knock Browns QB
KISS Live at Tiger Stadium 1996 (Full Concert)
Tom Holland And Spider-Man: No Way Home’s Cast Want To See Black Widow Just As Much As Us
‘My life has made a 180’ – USWNT star Morgan returns to the field with new purpose as a mom