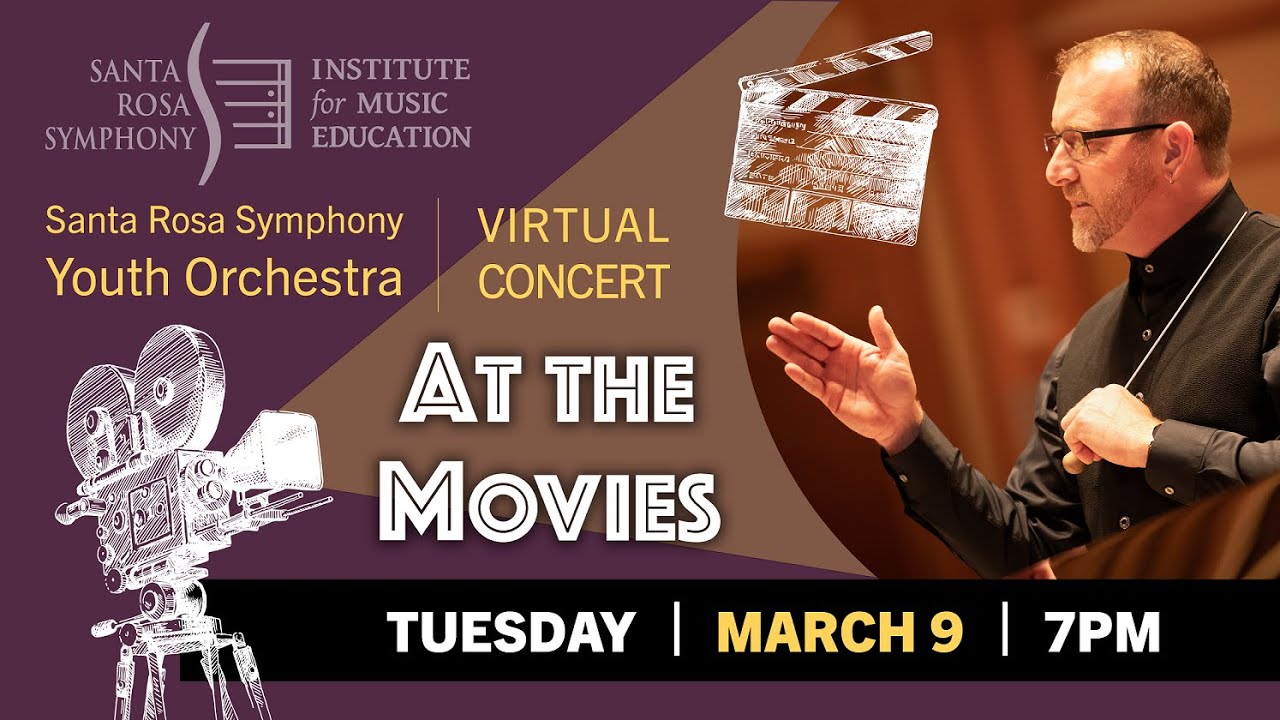 Concerts
Share on Facebook
Share on Twitter
Share on Pinterest
Share on LinkedIn
These performances are put together on the Acapella app, whereby the students can hear all the others who have recorded ahead of them and can adjust to match what they are hearing. They are only minimally edited.
Please visit www.srsymphony.org to make a suggested donation of $10 or more!
The program:
Raider March from Raiders of the Lost Ark (1981) John Williams arr. Calvin Custer
Penny Whistle Jig from The Molly Maguires (1970) Henry Mancini arr. Larry Moore
Music from the Titanic (1997) James Horner arr. Calvin Custer
The Pink Panther (1963) Henry Mancini arr. James Christensen
The Entertainer from The Sting (1973) Scott Joplin arr. Frank Sacco
Themes from Indiana Jones and Kingdom of the Crystal Skull (2008) John Williams arr. Bob Cerulli
Themes from Looney Tunes (1930 – 1980) arr Bill Holcombe
Themes from Pirates of the Carribean: The Curse of the Black Pearl (2003) Klaus Badelt arr. John Wasson