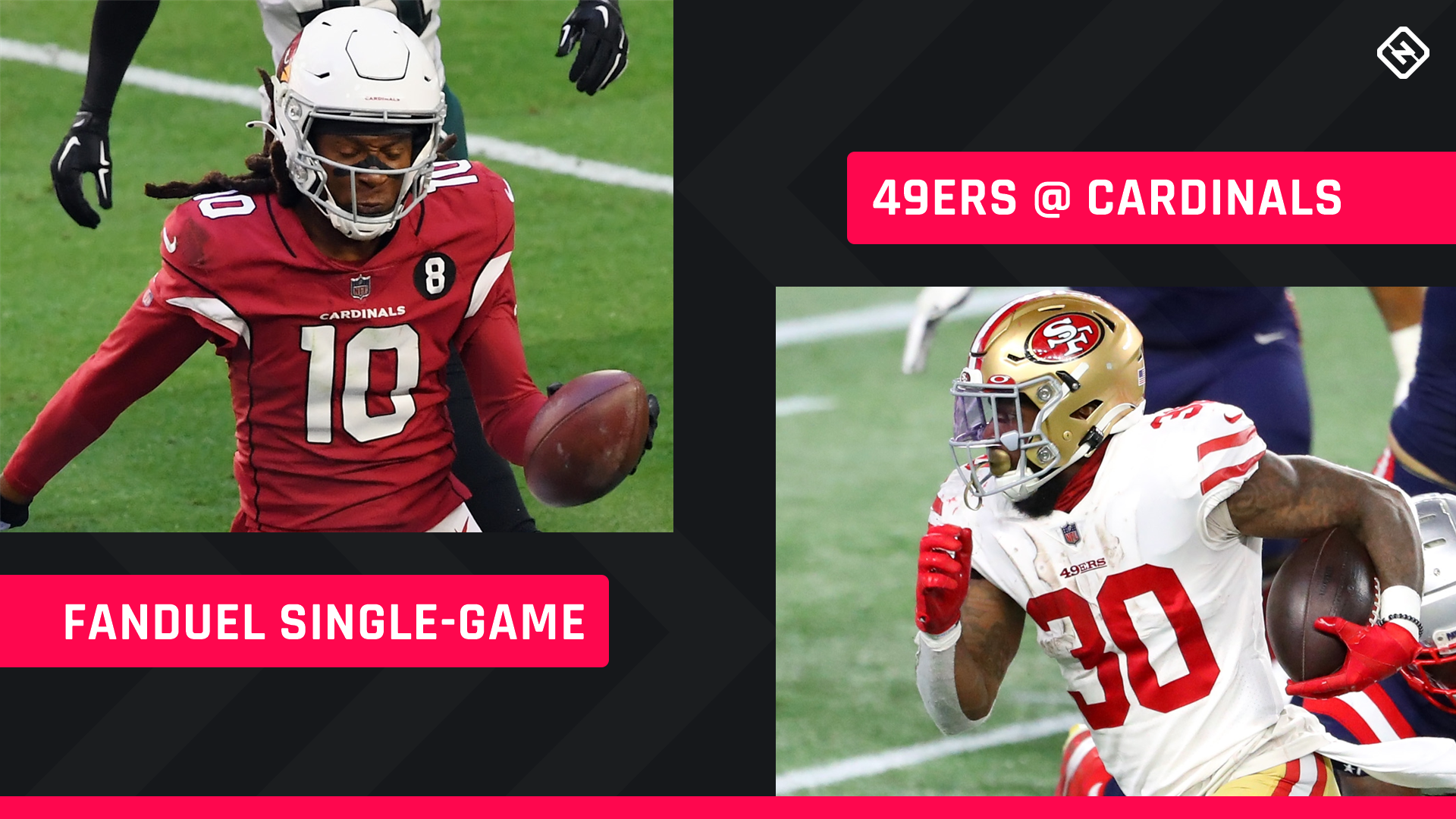 The Cardinals are currently sitting in the seventh seed in the NFC with an 8-6 record. If they win out — which would start with a victory on Saturday against San Francisco — they will make the playoffs. For the 49ers, their Week 16 game in Arizona represents an opportunity to play spoiler as they look to salvage an already-lost season. With several backups starting for the 49ers, lineup combinations could get weird for NFL DFS players. Our FanDuel Single-game lineup is targeting a couple of the 49ers fill-ins and running it back with the highest-priced Cardinals.

To be competitive on this slate, owning the biggest playmakers on the Cardinals will be a necessity, so we spent all the way up to the top ($17K) to get the services of Kyler Murray. We considered playing 49ers QB C.J. Beathard as well, but ultimately, we settled on a couple other 49ers offensive weapons, as getting Beathard and Murray in the same lineup proved to be too difficult. Plus, trusting a third-string QB is never a fun thing to do, even if it would have earned us a little bit of lineup differentiation.

MORE FD Single-Game: How to win a Single-game contest

We’re not getting cute with the MVP spot here. Murray has the highest floor and highest ceiling of any player on this slate. He is averaging 26.47 FanDuel points per game and is coming off a 406-yard, four-TD (three passing, one rushing) outing against the Eagles. The 49ers have been solid against QBs this year, but they have allowed 348 rushing yards to QBs, good for the fourth most in the NFL. That includes the 91 yards Murray logged in the season opener, so he could have a chance to post another 27.3-point game as he did the last time these two teams squared off. Between his rushing floor and TD upside, Murray is a safe pick with a sky-high ceiling.

If we have Murray, we want Hopkins, too. Over his past three games, Hopkins has averaged 11.7 targets, 8.7 receptions, and 119 yards for the Cardinals along with two TDs. That translates to 19.6 FanDuel points per game. The 49ers allowed him to catch 14 passes for 151 yards in the season opener, and over the past three weeks, the Cardinals have allowed four TDs to receivers. Hopkins should be in line to score again, and the stack of him and Murray will give this lineup a ton of upside.

With Raheem Mostert (ankle) out for the season, the 49ers will rely on Wilson Jr. to carry the load. Wilson has scored in back-to-back games and will get to face a Cardinals defense that has allowed 10 rushing TDs on the year. Despite limited playing time, Wilson has two games with 20-plus FanDuel points on the season and he has found the end zone seven times on 93 touches. He’s a relatively safe pick and will have a solid ceiling if he gets a bulk of the team’s carries.

With Deebo Samuel (hamstring) out for the year, the 49ers are relying on Bourne as their No. 2 receiver. He has averaged 5.7 targets per game with 3.7 catches and 54.3 yards in his past three games, and he caught a TD on a Hail Mary pass from C.J. Beathard at the end of the 49ers’ loss to the Cowboys last week. Bourne should get enough targets to be fantasy-relevant in this one. He may be a little TD-dependent, but there aren’t a lot of other higher-volume options below $10K.

Since Week 11, Arnold has increasingly become a bigger part of the Cardinals’ offense. In five games, he has been targeted 17 times and has caught nine of them for 163 yards and four TDs. Arnold isn’t a high-volume guy, but when he catches the ball, he usually racks up fantasy points, be it on a long catch and run or a short red-zone TD. The 49ers are among the league’s best at defending the TE spot, but Arnold can still do enough damage to be trusted in this matchup, especially at this price. You could pay the extra $500 to get Larry Fitzgerald, but Arnold has more upside.