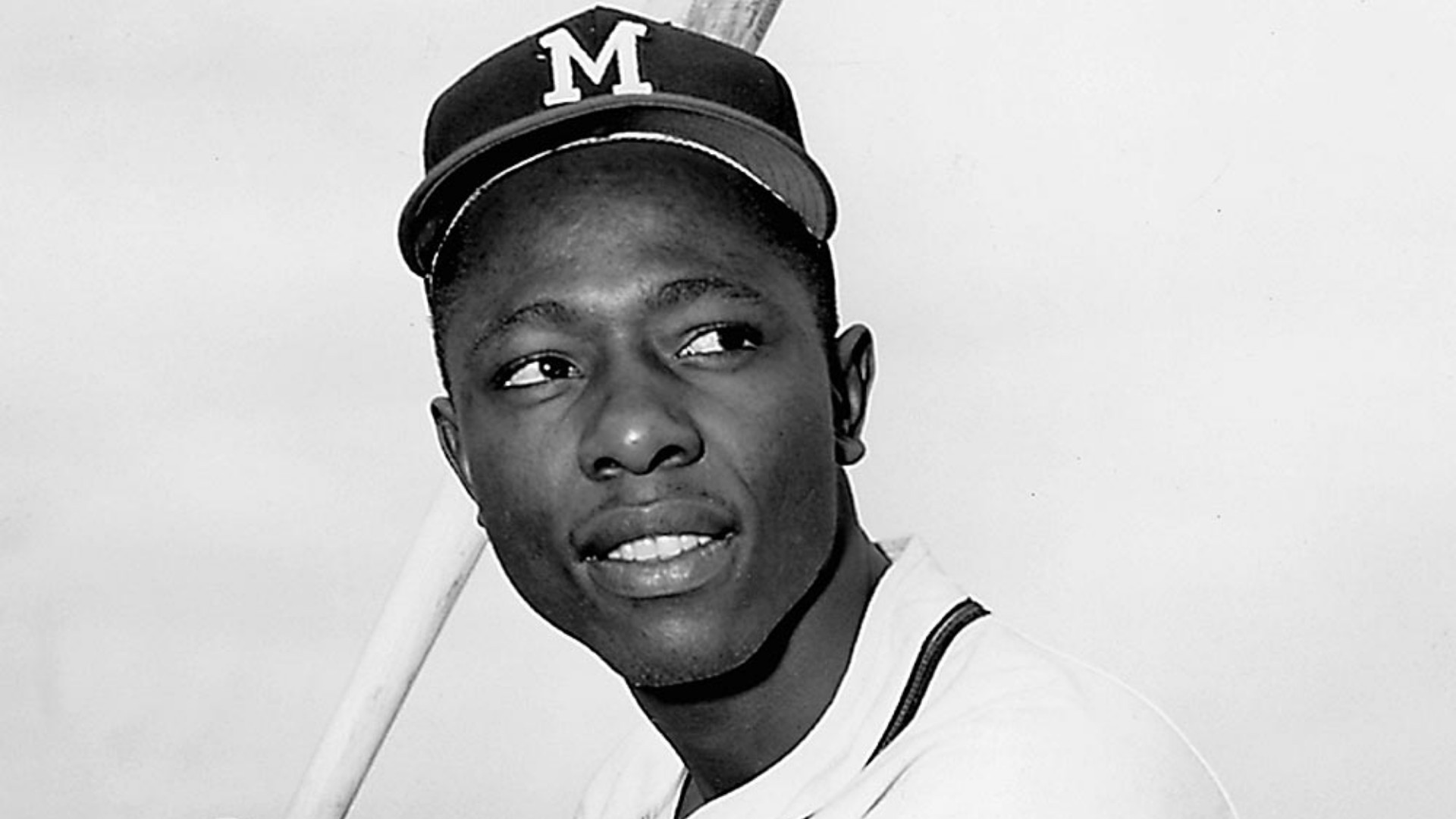 Major League Baseball lost yet another legend on Friday morning, when home run champion Henry Aaron died at the age of 86.

Aaron joins an intolerably cruel list of baseball icons who have died in the past 12 months: Bob Gibson, Joe Morgan, Tom Seaver, Lou Brock, Al Kaline, Phil Niekro, Dick Allen, Don Sutton and Whitey Ford, to name a few. These are the men who helped shape the game, on an off the field. No player more so than Henry Aaron, the man known globally as Hammerin’ Hank.

Here, we’re going to take a look at the start of Aaron’s remarkable baseball career, as told in the pages of The Sporting News.

The first mention of Aaron was in the May 7, 1952, issue of TSN. This was midway through a notes-type column about the Negro American League.

However, all was not gloom as the Clowns watched young Henry Aaron perform in the outfield and at the plate. The 18-year-old flycatcher has been the sensation of the spring exhibition contests.

Others were watching, too. Here’s a note from the June 18 issue.

The pace-setting Indianapolis Clowns lost a promising young infielder last week, but came up with two recruits who loom as potential stars.

The Clowns, who added to their lead in the Negro American League by splitting four games while the Kansas City Monarchs were dropping three, sold Henry Aaron, 17-year-old rookie shortstop, to the Boston Braves, who are to assign him to a farm club. Aaron was slugging the ball at a .427 pace, led the league in doubles with seven, and in homers with eight. He also was the top man in runs batted in with 26.

As you can tell, some of the details were uncertain. Aaron was, in fact, 18 and not 17 (his birthday is Feb. 5, 1934) when he signed with the Braves, and his position did vary a bit. That would be a common theme early in his career, as was this fact: Henry Aaron could hit.

He started his first full season in the Braves’ organization in Double-A, with Jacksonville.

Hank Aaron signed with the Braves as an 18-year-old and hit .336 in his first season with the organization. Here’s a look at the Sally League leaders midway through his second season, from the August 5, 1953 issue of The Sporting News.

And then, Bobby Thomson gets hurt and Aaron steps into the opening.

Can a boy who just turned 20, and who has been an infielder throughout his brief Organized Ball career, fill the seven-league boots of outfielder Bobby Thomson?

The Braves, from manager Charlie Grimm on down, believe that Henry Aaron, who will not reach voting age until February 5 next, has what it takes to help greatly in making up for the loss for possibly three months of the Royal Scot Express, who was derailed with a triple fracture of the right ankle at St. Petersburg, March 13.

Aaron hasn’t spoken perhaps more than 100 words since he joined the Tribe in spring training here, and he hasn’t anything to say about his big break in getting the chance to replace Thomson, at least for the time being. The slim, lithe Negro may not be in Grimm’s opening day lineup — there will be considerable competition from Jim Pendleton before then — but in the meantime Henry is allowing his bat to talk for him.

Oddly enough, Thomson, after seeing Aaron hit, field and throw, quipped: “I told him to switch back to the infield; he would last longer there.” Now Bobby is hors de combat and Henry is filling in for him, in a slightly technical way, at least. Andy Pafko was shifted to left, Thomson’s post, and Aaron was installed in right.

To recap Aaron’s almost starling two-year career in the minors, he was signed in 1952 by Scout Dewey Griggs and assigned to Eau Claire. Playing shortstop for the Bears the rest of that summer, he hit .336 and was named rookie of the year in the Northern League.

He was promoted to Toledo during the  winter and is with Milwaukee this spring on a “look” basis.
Hammerin’ Henry began his diamond career like so many others, as a softball player in high school. And although weighing only 150 pounds at the time, he made the all-city football eleven in Mobile, Ala., as — of all things — a guard.

His softball skill attracted the attention of the Mobile Bears, a Negro baseball team, and after an exhibition game against the Indianapolis Clowns in which he got three hits, he was signed by the Clowns. He hit around .450 and was leading the league in practically everything when Griggs spotted him and got his signature on a contract.

Following his extraordinary season as a second baseman at Jacksonville, Aaron played winter ball in Puerto Rico as an outfielder at the request of Braves general manager John Quinn. Scouting reports indicated his big league future was not at second base, but because of his potent bat he had to be employed somehow. He is still learning the tricks of outfield play, but he is studious and wants to learn.

He can’t explain how he developed his strong, quick wrists which gave him his hitting power, but he thinks that lugging ice when a boy might have had something to do with it.

One of the best, although indirect, compliments paid his plate prowess came from center fielder Irv Noren of the Yankees in an exhibition game here. Aaron led off an inning with a triple over Noren’s head, and when Henry came up to bat the second time in the big inning, Noren parked himself 415 feet from home plate. He would have been out of most ball parks, and some ten feet back of Milwaukee’s middle garden barrier.

It is too early to tell how far this youngster will go, but Branch Rickey has been quoted as saying Aaron is the finest young prospect in baseball at this time. He may be just that, and with Thomson sidelined indefinitely, all Tribe fans hope Rickey is right.

In the Jan. 4, 1956, issue of TSN, the headline read: “Aaron Maintaining His Record as Collector of Annual Awards” with this subhead: “Most Valuable Brave of ’55, Club’s ’54 Top Rookie, Won Trophies in Minors”

Charlie Grimm was heard to remark at the recent winter meetings, “If we had a couple more Henry Aarons, we’d be all set.”

Unfortunately, there is only one Aaron on the Braves’ roster, but Grimm’s day-dreaming provides a fair idea of what that one Aaron means to the club. And Milwaukee’s baseball writers signified their agreement last week when they named the young Henry the most valuable Brave of 1955.

The scribes could not have made a more popular choice. In two seasons as a major-leaguer, the 21-year-old Negro outfielder has moved alongside such established stars as Eddie Mathews and Warren Spahn as a favorite of Milwaukee fans. They could not have made a more fitting choice, either. In those two seasons, Aaron has stamped himself as one of the future greats of the game.

Yes, he did. Aaron made the NL All-Star team 21 years in a row. He earned MVP votes 19 years in a row. A look back at his career through the lens of advanced statistics provides further evidence of his greatness: From 1955 to 1971, his “worst” bWAR was 5.0, and he was above 7.0 in 13 different seasons.

Feels like that first description of Aaron in the pages of TSN — “sensation” — was right on the mark.