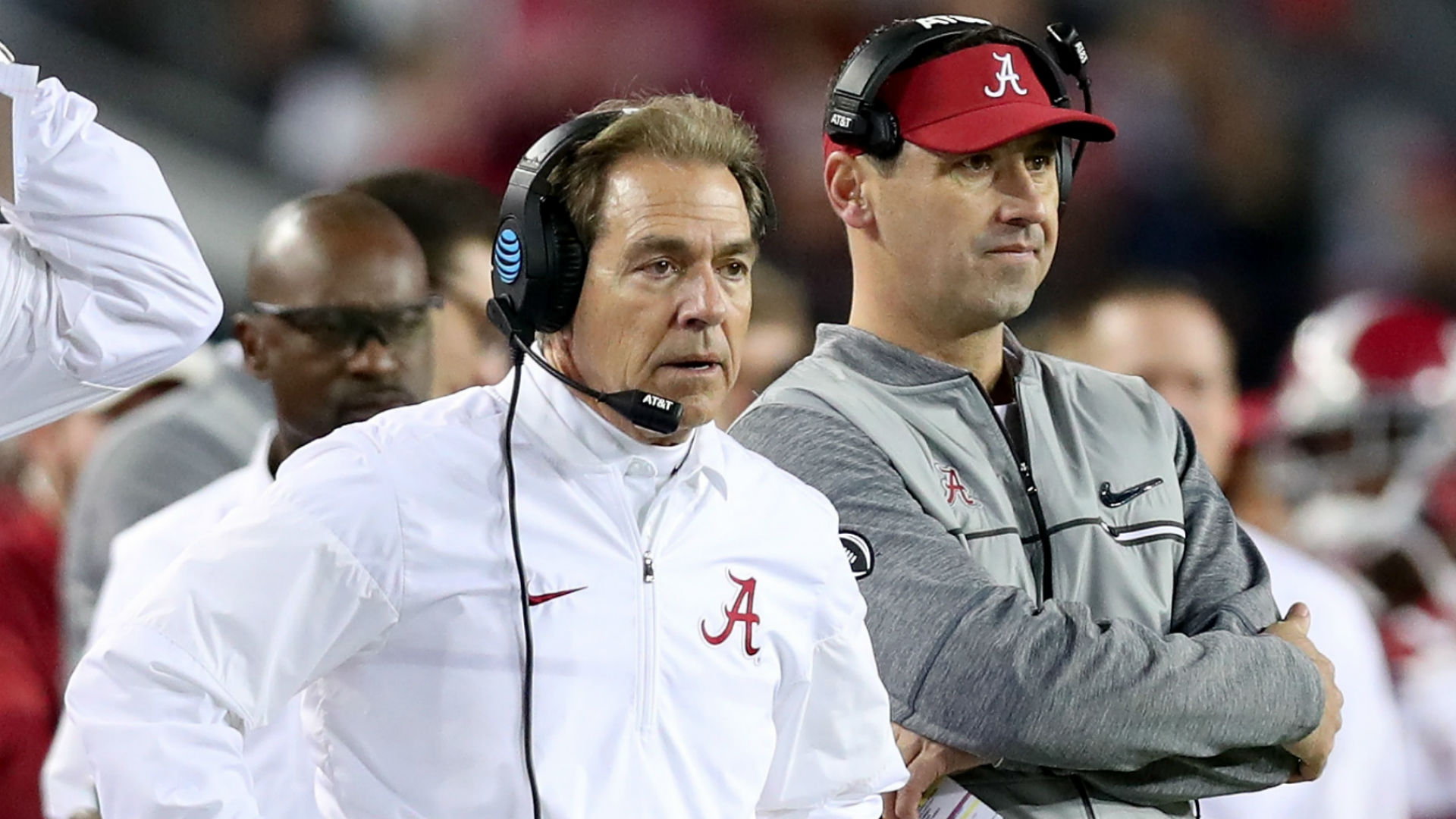 Texas made the first bold coaching move of 2021.

The Longhorns dismissed Tom Herman after four seasons and immediately targeted Alabama offensive coordinator Steve Sarkisian, winner of the 2020 Broyles Award as the nation’s top assistant, as their next coach.

With that, Sarkisian would become the most interesting Nick Saban assistant-turned-head coach — 12 in total — after emerging as the best offensive coordinator during Saban’s tenure at Alabama. That’s not debatable.

The Crimson Tide averaged 47.2 points per game last season. Alabama increased that a tick to 48.2 ppg this season, and DeVonta Smith, Mac Jones and Najee Harris all finished in the top five in the Heisman Trophy voting. Sarkisian filled in as the interim coach for Saban in the Iron Bowl this year, leading the Crimson Tide to a 42-13 victory. He followed that up with another masterful game in the 31-14 win against Notre Dame in the CFP semifinal at the Rose Bowl.

That weighs more now than Sarkisian’s last two stops at head coach, where he compiled a 46-35 record through stints at Washington and USC. Sarkisian was involved with multiple alcohol-related incidents that contributed to his dismissal from USC. His time with Saban, however, has restored his image. That should be the focus now. Sarkisian has been brilliant the last two seasons and deserves credit for that.

Smith told Sporting News why Sarkisian’s play-calling is so successful.

“It’s a lot of movement in the offense,” Smith said. “We have a lot of shifts. People motion and move around. It’s just giving the defense a lot of different looks and making them adjust.”

Sarkisian is a brilliant offensive mind who deserves another chance. That worked for Lane Kiffin, who was known more for his previous coaching stops at Tennessee and USC before he took on the role of Alabama offensive coordinator. Kiffin earned his way back with a successful stop at FAU, and Ole Miss averaged 40.7 points per game this season.

Sarkisian is nowhere near as flashy as Kiffin, but the pattern is the same. In fact, Sarkisian was thrust into the role of offensive coordinator when Kiffin bolted for FAU before the 2017 CFP championship game. If not for Deshaun Watson’s late-game heroics in a 35-31 win, Alabama wins that one, too. Sarkisian might have been on this track sooner.

What could Sarkisian give the Longhorns that Herman couldn’t provide? After all, Texas averaged 42.7 points per game this season, and talent on the side of the ball wasn’t the issue. Herman has a higher winning percentage as a head coach.

The fact Texas went here after publicly flirting with Urban Meyer showed how much the school wanted to move on from Herman. The buyout is huge, too.

Texas has fired Tom Herman. Will owe him $15 million and the staff nearly $24 million.

Perhaps it’s the well-documented struggles in close games that outweighed the gains Texas made on the recruiting trail. Alabama took advantage of that by bringing in three of the top 10 recruits from Texas in the 2021 recruiting cycle. Could Sarkisian have that success on the recruiting trail? That would determine whether he can have long-term success in Austin and break through as Saban’s best former assistant yet.

It’s certainly the most interesting storyline when you consider the other assistants.

Kiffin, Kirby Smart and Jeremy Pruitt are chasing Saban in the SEC. Jim McElwain tried at Florida, but he’s now in his second season at Central Michigan. Butch Jones is back at it after being hired by Arkansas State. Billy Napier likely will be the next SEC hire, whenever he’s ready to move on from Louisiana. Mario Cristobal, Geoff Collins, Mel Tucker and Mike Locksley also have Power 5 jobs. Cristobal might get a shot at Saban if Oregon can break through in the Pac-12 and be more than just a New Year’s Day 6 team.

Sarkisian’s would be the biggest job of all those coaches. He will face even more pressure than Smart, who’s tasked with trying to win Georgia its first national championship since 1980.

Fisher had a breakthrough season at Texas A&M in Year 3. The Aggies are still chasing Alabama, but Fisher had the program in the conversation for the last playoff spot (the Aggies were the first team out). The Longhorns haven’t been anywhere close to that playoff discussion in the last seven years. Maybe that’s what Texas was looking at all along.

Both seem more willing to bank on Sarkisian’s future than his past.