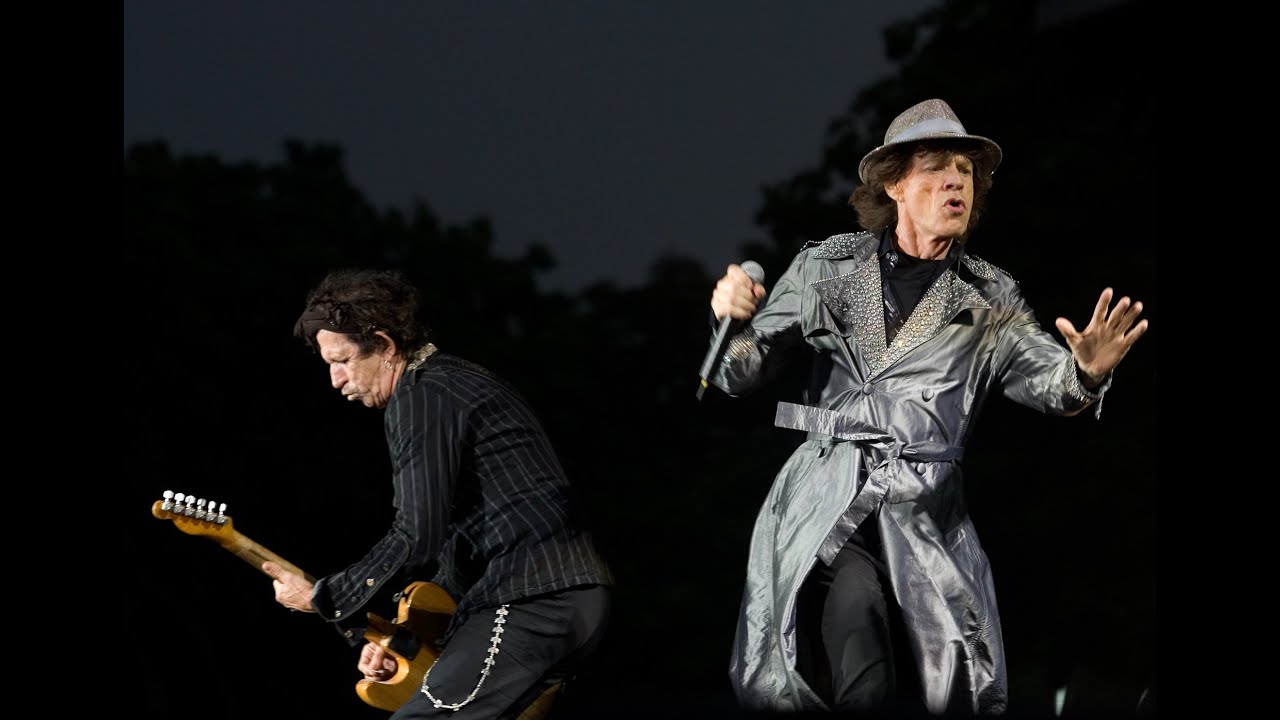 This concert in the Netherlands was the second concert of the last leg of the Bigger Bang tour.
– Rough Justice from their new album A bigger bang was played.
– She was hot was only played live during the Bigger bang tour, only at 13 shows.
– Sweet Virginia was only played live 6 times live this tour.
– Can’t you hear me Knocking was only played 12 times live this tour.
– I’ll go crazy (a James Brown & The Famous Flames cover) was played live for the second time by the Rolling Stones.
– Keith Richards played Wanna Hold you and Happy (he forgot how to play the intro of Happy)
– On the b-stage, the Rolling Stones played It’s all over now (The Valentinos cover) and (I can’t get no) Satisfaction (the last part of this song is missing)

The Rolling Stones played the following 19 songs:
Start Me Up
You Got Me Rocking
Rough Justice
All Down The Line
She Was Hot
Sweet Virginia
Can’t You Hear Me Knocking?
I’ll Go Crazy
Tumbling Dice
Band introductions
I Wanna Hold You
Happy
It’s Only Rock ‘n’ Roll (But I like it) (to B-stage)
It’s All Over Now (B-stage)
(I can’t get no) Satisfaction (B-stage) (last part missing)
Honky Tonk Women (to main stage)
Sympathy For The Devil
Paint It Black
Brown Sugar
Jumping Jack Flash (encore)

In 2005 and the beginning of 2006 the Rolling Stones toured in Canada and the United States.
At the beginning of 2006, they did two concerts in Latin America after that they went to Asia and Oceania.
In July 2006 they started their European leg of A bigger bang tour (after the incident where Keith Richards fall from a tree)
At the end of 2006, the Rolling Stones went to Canada and the United States again.
In the summer of 2007, the Rolling Stones did 30 concerts in Europe.
The last three concerts were in the O2 Arena in London, where they would returned 5 years later to do their 50 & counting tour.