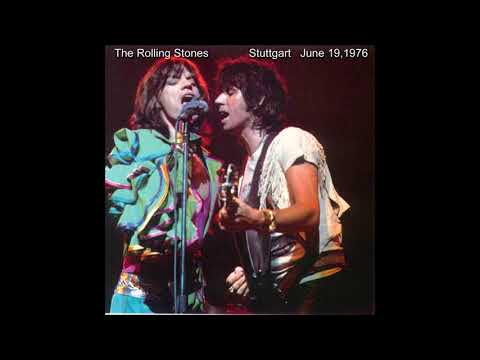 The sound quality of this recording is not very good, but at least we have the full audio of this concert back in the seventies!

During The Tour of Europe ’76, The Rolling Stones did 13 shows in Germany, this was the last German show of the black and blue tour. It was the first open-air stadium concert in a German Football stadium.

The Rolling Stones played the following 19 songs:
Honky Tonk Women
If You Can’t Rock Me / Get Off of My Cloud
Hand of Fate
Hey Negrita
Ain’t Too Proud to Beg
Fool to Cry
Hot Stuff
Star Star
You Gotta Move
You Can’t Always Get What You Want
Happy
Tumbling Dice
Nothing From Nothing (performed by Billy Preston)
Outa-Space (performed by Billy Preston)
Midnight Rambler
It’s Only Rock ‘n’ Roll (but I Like It)
Brown Sugar
Jumpin’ Jack Flash
Street Fighting Man