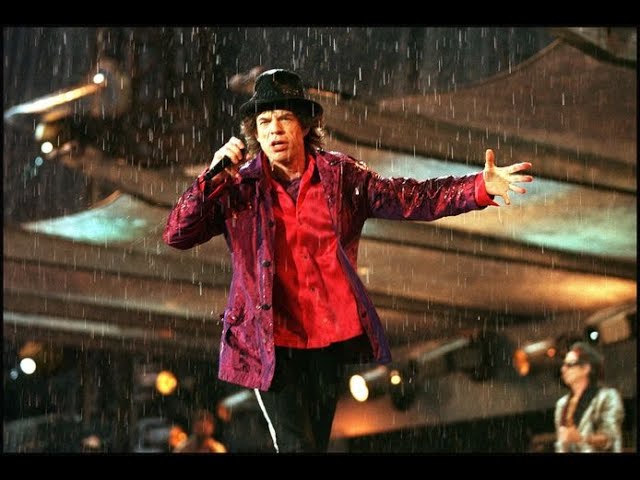 After 5 shows at the Amsterdam Arena in June/July, the Rolling Stones did one more show in the Netherlands, on 5 September 1998 at the Malieveld in the Hague. The Rolling Stones first concert on the mainland of Europe was in 1964, it was in the Kurhaus, The Hague. At that time they played at the Kurhaus, they did only three songs due to riots.

Rain rain rain! 🌧️☔
During this concert in Holland, it was raining cats and dogs. Everybody was wet after (and during) this concert. Waiting on a friend won the web vote, it was also shown on the screen, it was however not played. On the b-stage the Rolling Stones played Little Queene (a Chuck Berry cover), You got me Rocking, and Like a Rolling Stone (a Bob Dylan cover).

Between Miss you & You Got me rocking and after Honky Tonk woman no video is available.

The Rolling Stones played the following 20 songs:
(I can’t get no) Satisfaction
Let’s Spend The Night Together
Flip The Switch
Gimme Shelter
Anybody Seen My Baby
It’s Only Rock ‘n Roll (But I like it)
Saint Of Me
Out Of Control
Miss You
Band introductions
You Don’t Have To Mean It
Wanna Hold You
Little Queenie (b-stage)
You Got Me Rocking (b-stage)
Like A Rolling Stone (b-stage)
Sympathy For The Devil
Tumbling Dice
Honky Tonk Women
Start Me Up
Jumping Jack Flash
Brown Sugar (encore)

Courtney Stodden Claims Chrissy Teigen DM’d ‘Me to Kill Myself’
Dave Chappelle Talks Not Following The Money In Hollywood And How His Instincts Led Him To Bradley Cooper And A Star Is Born
NASCAR’s Next Gen cars combine unmistakable identity with enhanced performance
Army of the Dead Movie Clip – Zombie Tiger (2021) | Movieclips Coming Soon
Sony Pictures Classics Sets Summer Release Dates For ‘The Lost Leonardo’, ‘I Carry You With Me’ & ’12 Mighty Orphans’ – Update