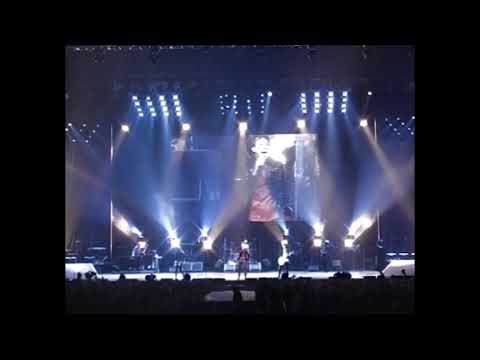 The Rolling Stones started with (I can’t get no) Satisfaction, which was quite unusual during A Bigger Bang tour. The Rolling Stones did two cover songs: Ain’t Too Proud to Beg (The Temptations cover) and The Night Time is the Right time (a Nappy Brown cover). Furthermore, the rolling Stones played Sway and Worried About you. They did also 3 songs from their new album A Bigger Bang.

In 2005 and the beginning of 2006 the Rolling Stones toured in Canada and the United States.
At the beginning of 2006, they did two concerts in Latin America after that they went to Asia and Oceania.
In July 2006 they started their European leg of A bigger bang tour (after the incident where Keith Richards fall from a tree)
At the end of 2006, the Rolling Stones went to Canada and the United States again.
In the summer of 2007, the Rolling Stones did 30 concerts in Europe.
The last three concerts were in the O2 Arena in London, where they would return 5 years later to do their 50 & counting tour.