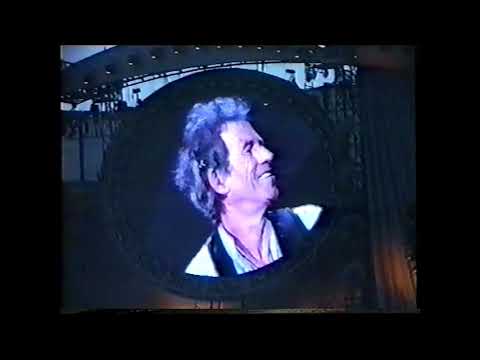 You can’t always get what you want was on the setlist as the first song of the encore, however, it was not played. Under My Thumb was the web choice tonight. On the b-stage, The Rolling Stones did Little Queenie (A Chuck Berry cover), The Last Time, and Like a Rolling Stone (a Bob Dylan Cover). Both video and audio of Brown sugar are missing.

The Rolling Stones played the following 21 songs:
(I can’t get no) Satisfaction
Let’s Spend The Night Together
Flip The Switch
Gimme Shelter
Anybody Seen My Baby
It’s Only Rock ‘n Roll (But I like it)
Saint Of Me
Out Of Control
Under My Thumb (web choice)
Miss You
Band introductions
Thief In The Night
Wanna Hold You
Bridge/Walk to b-stage
Little Queenie (B-stage)
The Last Time (B-stage)
Like A Rolling Stone (B-stage)
Sympathy For The Devil
Tumbling Dice
Honky Tonk Women
Start Me Up
Jumping Jack Flash
Brown Sugar (encore) (missing)

‘Little Shop Of Horrors’ To Sprout Again Off Broadway In September
Venom 2: Is Another Badass Symbiote Being Introduced In Let There Be Carnage?
Shotgun Wedding: Josh Duhamel On Jennifer Lopez Looking Flawless While He Sweat On Set
5 Directors Who We’d Like To See Make A Black Superman Movie
Skrillex Releases New Track “Butterflies” (with Starrah & Four Tet)