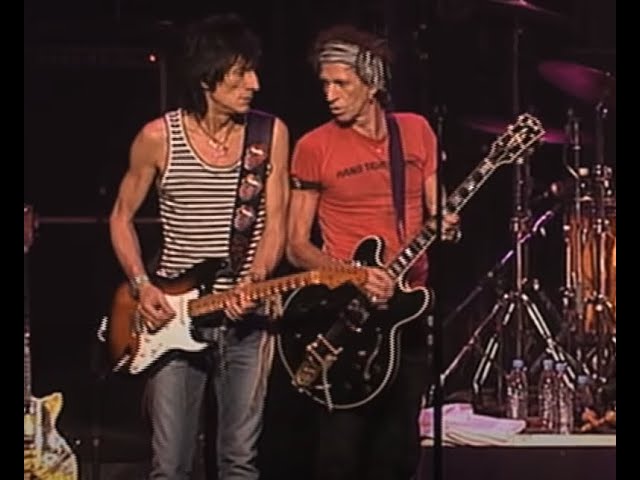 This concert was part of their LA trilogy: They did an Arena show at Staples Center on October 31; a Stadium show at Edison Internation Field (Anaheim) on November 2; and this theater show on November 3.

This was one of the few shows during the Licks World tour that was played in a theatre, this time for 2800 people. The Rolling Stones played other songs than they usually played during their tours. Some highlights:
– Everybody Needs Somebody to love (a Solomon Burke cover) was played together with Solomon Burke!!!
– Can’t you Hear Me Knocking was played with Jim Keltner on percussions.
– The stones did 5 cover songs: Everybody needs somebody to love (a Solomon Bruker cover); That’s how strong my love is (an O.V. Wright cover), Going to a Go-Go (The Miracles cover), Rock Me Baby (a B.B. King cover).
– Beast of Burden was only played live 4 times this tour.
– Rareties as Hand of Fate, No expectations, Stray Cat Blues, and Dance Pt.1 were played.
– Keith Richards did two slower songs: Thru and Thru & You don’t have to mean it.
– Tumbling Dice was played as an encore, which is also very rare.

The Licks Tour was a worldwide concert tour undertaken by The Rolling Stones during 2002 and 2003. Shows were played in stadiums, Arenas, and Theatres.