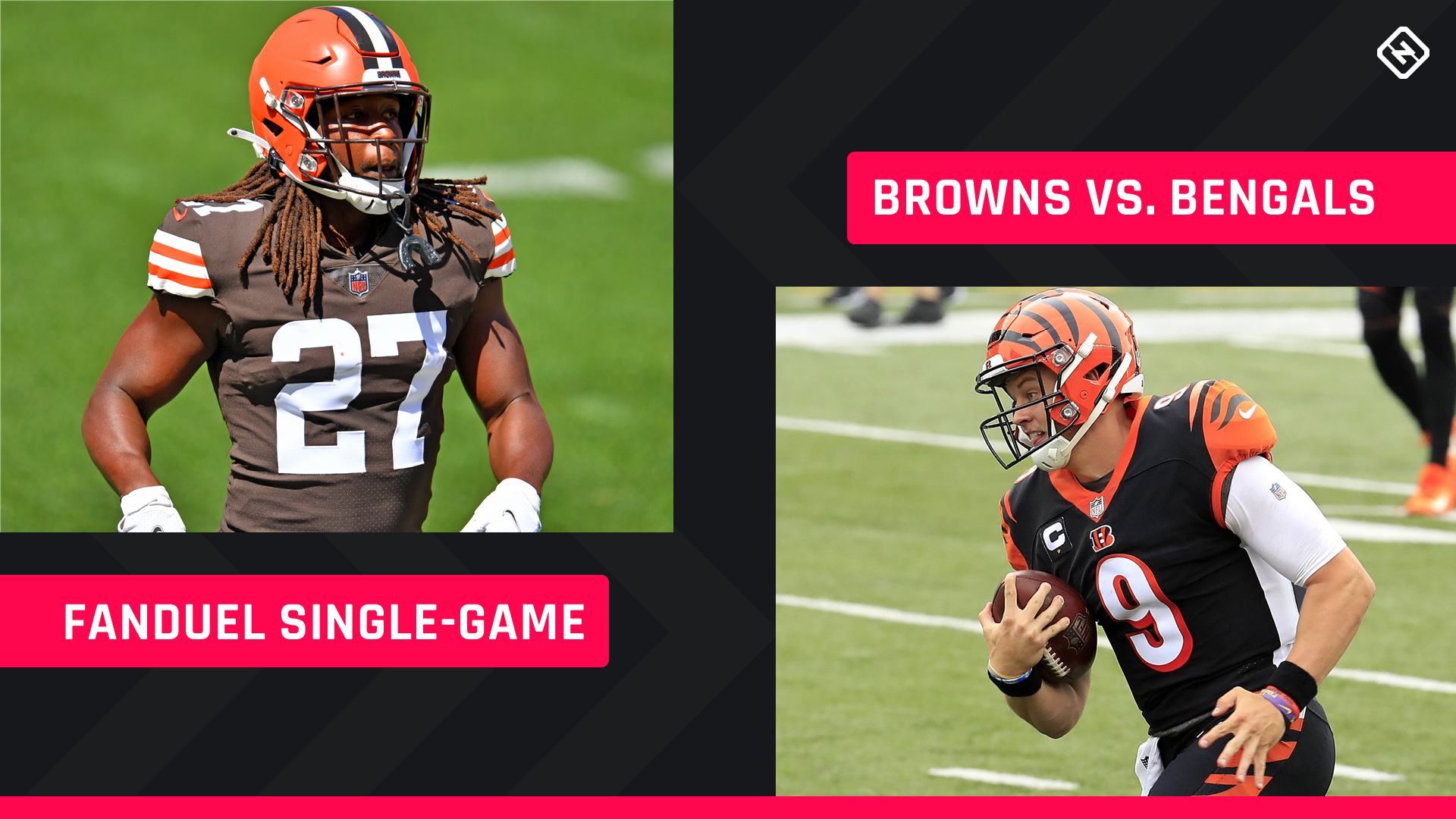 The Week 2 Thursday Night Football matchup should be an interesting one at the very least. The Browns and Bengals are squaring off in a battle of former No. 1 overall picks and Heisman Trophy winners. Joe Burrow is still looking for his first win while Baker Mayfield is looking to regain his Offensive Rookie of the Year form from 2018. Both players have fantasy potential, but only one makes the cut for our single-game FanDuel lineup to kick off the Week 2 NFL DFS slate.

It’s still early in the season, so it is hard to project exactly who has the advantage in Browns vs. Bengals, but we’re buying into some of the notable weaknesses of each team as we craft our lineup. Notably, the Bengals are thin on their interior defensive line while the Browns appear to be weak in the middle of their back seven. That means we’re targeting the Browns’ run game and the Bengals’ passing game.

MORE DK SHOWDOWN: How to win an FD single-game contest

Here’s a look at the FanDuel lineup we’re using for this intriguing game, where, unlike in DraftKings Showdown contests, we don’t have to worry about paying extra for our MVP pick.

One of the key strategies in any showdown/single-game pick is to make sure that you have some sort of differentiation in your lineup. It’s easy to load up on talent in this slate, but picking an underutilized captain will be key to success. Nick Chubb figures to be one of the top-owned captains given the Bengals’ injuries on the defensive line (Geno Atkins, Mike Daniels are both out), so we’ll fade him a bit by tapping Hunt for this role.

Hunt actually out-rushed Chubb in the season opener and should continue to see more work than him in the passing game. Hunt could outproduce Chubb if he gets the goal-line carries, which is a distinct possibility given that Chubb had 15 carries inside the five-yard line for -14 yards and just two TDs last year.

Burrow faced the Chargers’ defense last week, which is a lot stronger than that of the Browns. Cleveland is going to be without Mack Wilson, Greedy Williams, Kevin Johnson, and Jacob Phillips on defense, and that should afford Burrow a chance to throw over the middle of the field. Burrow also showed off scrambling chops against the Chargers, so he should be able to repeat his success in that facet of the game vs. the undermanned Browns defense.

We may be fading Chubb as a captain, but we’re not going to fade him entirely in this lineup. As mentioned earlier, the Bengals are without two of their top three interior defensive linemen, so this should be a run-heavy gameplan from the Browns. Chubb had 10 carries for 60 yards against a tough Ravens defense, so he should rack up yards against the Bengals. The question is more about TDs.

This seems like a good price for Boyd, who had four catches for 33 yards in the Bengals’ season-opening loss to the Chargers. Boyd was in a tough matchup last week against Chris Harris last week but now will have a chance to take on a Browns defense that is weak over the middle of the field and just allowed three combined TDs to Mark Andrews and Willie Snead.

Landry (hip) is listed as questionable, but reports indicate that he is ready to play. He saw six targets last week, caught five for 61 yards, and he may be low owned because of the injury tag. Odell Beckham Jr. may have the higher upside, but Landry’s high floor makes him an intriguing play in this lineup. On the off-chance that he doesn’t end up playing in this game, A.J. Green ($11,000) would be the best replacement option for Landry.