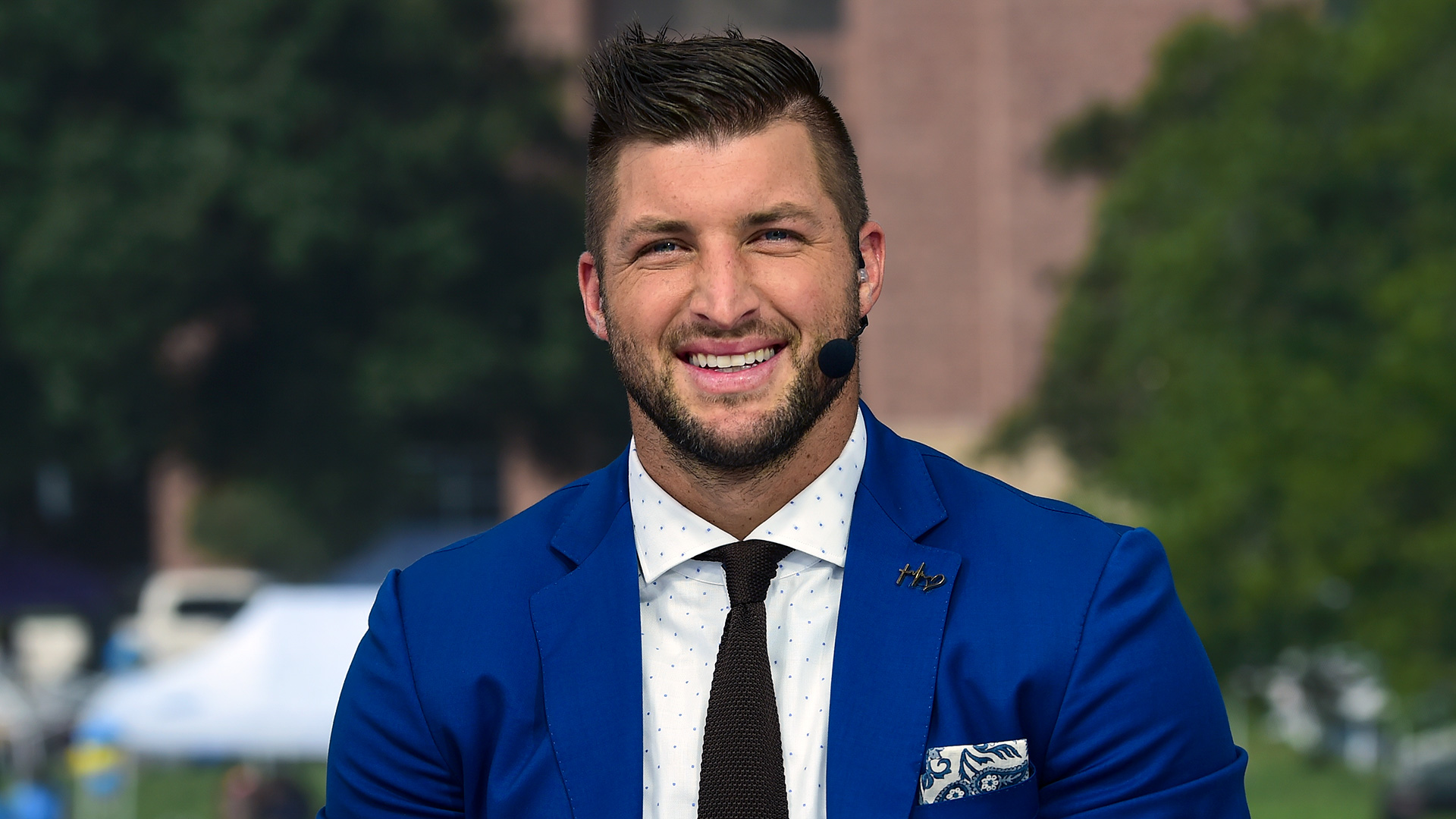 When it comes to the 2020 College Football Playoff, the only thing Tim Tebow is certain of is uncertainty.

The Playoff is rife with controversy and debate in a normal season. But the COVID-19 pandemic has added multiple layers of confusion to the mix, from a lack of nonconference games, postponed and canceled matchups , staggered start dates for each of the Power 5 conferences and more.

But Tebow — a two-time national champion who led Florida to a 35-6 record, threw for 9,285 yards, rushed for 2,947 more and accumulated 145 total touchdowns — said the biggest issue to filling out the four-team Playoff is the difference in scheduling for each Power 5 conference: 10 games for the ACC, Big 12 and SEC, nine for the Big Ten and seven for the Pac-12.

MORE: Should College Football Playoff expand in 2020? The four vs. eight argument, reheated

“Are you going to view a Big Ten team and their schedule the same way you’re going to view an SEC team and theirs?” Tebow told SN. “Are you going to do the ACC a similar way? … Because everything’s different, and everyone’s trying to figure it out, I think this year is definitely going to be one where it’s going to be interesting to see how the committee reacts to two-loss teams, maybe in the SEC, vs. a one-loss team in another conference.

“Maybe they only played, six, seven, eight games. How does that play into it? And that’s where it gets really hard, because you just don’t know how the committee’s going to do that.”

While Tebow wouldn’t commit to the idea that college football fans will see a two-loss team in the Playoff for the first time in 2020, he did say the tweaked schedules could change the way the Playoff committee perceives losses, thus affecting which teams get in, and with what record.

In the SEC, the 2020 Playoff picture begins where it usually does at the start of the season: in Tuscaloosa, Ala.

No. 2 Alabama, which missed the Playoff for the first time in 2019, enters the 2020 campaign as the highest-ranked SEC team in the polls. The Crimson Tide are joined in the AP Top 25 by No. 4 Georgia, No. 5 Florida, No. 6 LSU, No. 8 Auburn, No. 10 Texas A&M, No. 16 Tennessee and No. 23 Kentucky — more than any other conference as of Week 4. Alabama will play all of them in the regular season except Florida (though Tebow on Saturday predicted the Crimson Tide to meet the Gators in the SEC championship game).

That said, the Florida legend couldn’t pick a singular team when asked who the biggest threat was to keep Alabama out of the Playoff again.

“I think it’s going to be the schedule. I think the schedule for the entire SEC — these teams, you’re not used to playing 10 conference games,” Tebow said. “I got to be honest. People are going to look at them and say, ‘Well they’re only playing 10 games.’ Yes, but they’re playing conference games, and they’re not getting big breaks between big-time teams.

“The hardest thing I think about playing in the SEC isn’t necessarily about the losses, or if you can beat an Auburn or a Georgia. I think sometimes it’s the continual physical beatdown that you go through as a player. And when you’re playing a 10-game conference schedule, it is really hard.”

MORE: SEC football is back! Eight reasons to be excited for 2020 season

Even so, the Tide on paper look to be both the most talented and deepest team in the conference, despite the usual exodus of NFL talent such as receivers Jerry Jeudy and Henry Ruggs, offensive tackle Jedrick Wills and quarterback Tua Tagovailoa.

But the Tide have several capable starters returning at each of those positions in 2020 — including at quarterback. Redshirt junior Mac Jones will take the reins for Alabama this year, becoming the full-time starter after replacing Tagovailoa late in 2019. Tebow, who called Jones a potential SEC Player of the Year candidate, believes he will take full ownership of the team in 2020 (even as the Tide try to get freshman newcomer Bryce Young some experience behind him).

More importantly, he sees no reason the Tide can’t enjoy similar success with Jones as they did with Tagovailoa.

That support system is a big reason Alabama is among the favorites to win the conference in 2020. Offensively, the Tide return receivers DeVonta Smith and Jaylen Waddle, four starting offensive lineman and a stable of running backs led by All-America candidate Najee Harris.

Another factor that Tebow sees playing into Jones’ success is his confidence. Strangely enough, he pointed to Jones’ worst 2019 game as a sign he has plenty of it heading into an uncertain college football season.

“Even when he threw two picks against Auburn, he didn’t flinch and he brought his team right back down the field,” Tebow said. “And everytime he matched it, and played really well.