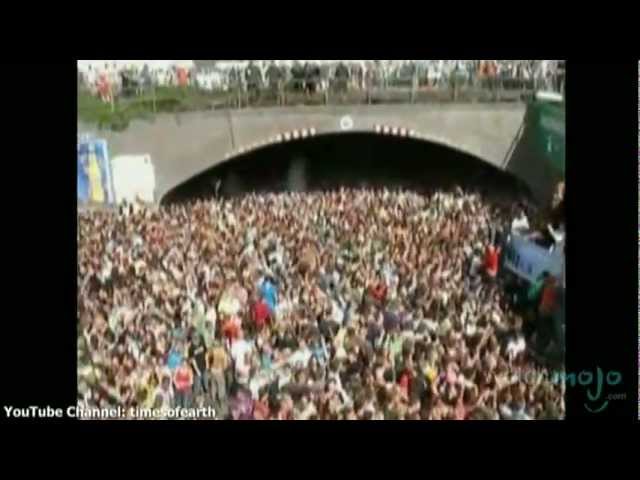 Concerts are supposed to be about the music. They remain popular around the world because people want to enjoy what they love in a safe and peaceful environment. Unfortunately, history has seen its share of concert tragedies and mishaps, which have included death, danger and/or destruction. In this video, http://www.WatchMojo.com counts down our picks for the top 10 most infamous concert tragedies and mishaps.