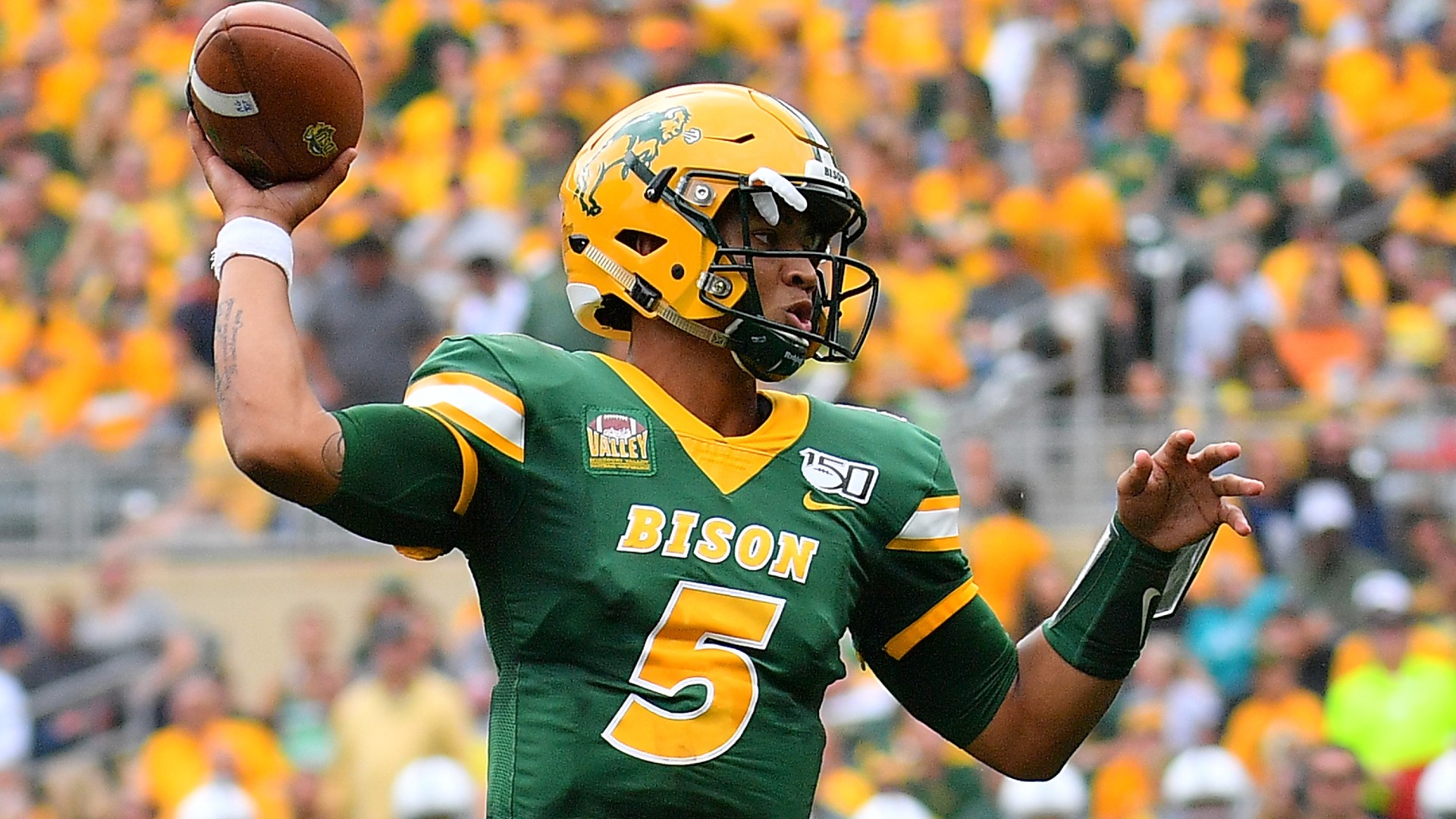 Trey Lance is about to give North Dakota State two first-round quarterback in six NFL drafts. The dynamic 2021 QB prospect played only one full season with the Bison in 2019 before opting out of playing for the Division I FCS program last season. But after getting plenty of scouting buzz for his stellar play as a redshirt freshman, Lance decided to focus on his attention on preparing for his professional career.

At 6-4, 227 pounds, with the ideal frame, strong arm and fine athleticism, Lance checks all the boxes to have superstar promise in the modern passing NFL. But with the great upside comes limited playing experience and youth. Lance will turn only 21 a little after the draft, on May 9.

The consensus top QB prospect in the 2021 class is Clemson’s Trevor Lawrence, expected to go No. 1 overall to the Jaguars. On most teams’ boards, BYU’s Zach Wilson is second-best. When looking at who should go next, Lance, however, is a wild card.

Some draft analysts, such as ESPN’s Todd McShay and NFL Network’s Daniel Jeremiah, put Lance third in the position rankings, ahead of Ohio State’s Justin Fields. Some others, such as ESPN’s Mel Kiper Jr., have Alabama’s Mac Jones going ahead of Lance.

However it goes down, Lance’s potential is difficult to ignore and he will go to a team willing and ready to refine him in the first half of the first round.

Lance threw two passes for the Bison in 2018, competing one for 22 yards. He also rushed 8 times for 82 yards and a touchdown. Then came these jaw-dropping stats through his 16 games in 2019:

Those are incredible numbers and shouldn’t be discounted too much for him playing against FCS competition. It is hard to handle the ball that much and be so prolific without critical mistakes, even if Lance had been playing against air. That kind of season would be Heisman Trophy-worthy in FBS.

Lance didn’t just light up the stat sheet in what amounts to the same number of games in an NFL regular season in 2019. He also was a great leader, as North Dakota State went 16-0 and won its eighth national title. Lance was a strong QB follow to Carson Wentz (No. 2 overall to the Eagles in 2016) and Easton Stick (fifth round to the Chargers in 2019).

Unless you were a Bison fan, it’s understandable you wouldn’t have seen much of Lance in action. First, here’s a great look at the many ways Lance produced TDs in that magical season for NDSU:

If that’s not enough to razzle and dazzle you from Lance, here’s a newer hype video-like production from the end of last year

Lance did get a “showcase game” last October, which played to mixed reviews, but overall it didn’t hurt his stock too much. The pro day performance should solidify himself as still having a massive NFL ceiling. Here’s a deeper-dive breakdown of what kind of pro QB he can be:

Strengths: Lance can line up in any style of offense. He backs up his strong arm with excellent intermediate-to-deep accuracy. He can rifle the ball downfield but also uses good touch when needed. He is tough enough to hang in the pocket and make all the throws and also is elusive enough to extend plays often. Lance’s natural footwork translates to his mobility, which allows him deliver the ball well while on the move. He has blazing speed and good quickness as a runner and can be powerful in that capacity, too. Lance has built himself up to be stronger and sturdier than he was as a redshirt freshman.

Weaknesses: Lance has played only one season of college football, so the lacking experience stands out. There are a lot of things he can clean up with his mechanics and pocket presence. He has battled through limited adversity on the field as a passer, so there will be a hill to climb in the jump to a much higher level of competition. He needs more good offensive coaching to raise his floor before shooting for the ceiling.

Bottom line: Lance isn’t a prospect for teams that prefer more polish out of a first-rounder and lack the comfort level to put his passing and running skills together in the right way. He fits best in a versatile offense that won’t rein in any of his skill set. Should Lance land on a team that can afford to be a little patient with him and give him one season to develop, that would give him a great chance to transition his success to the NFL for a much longer time.