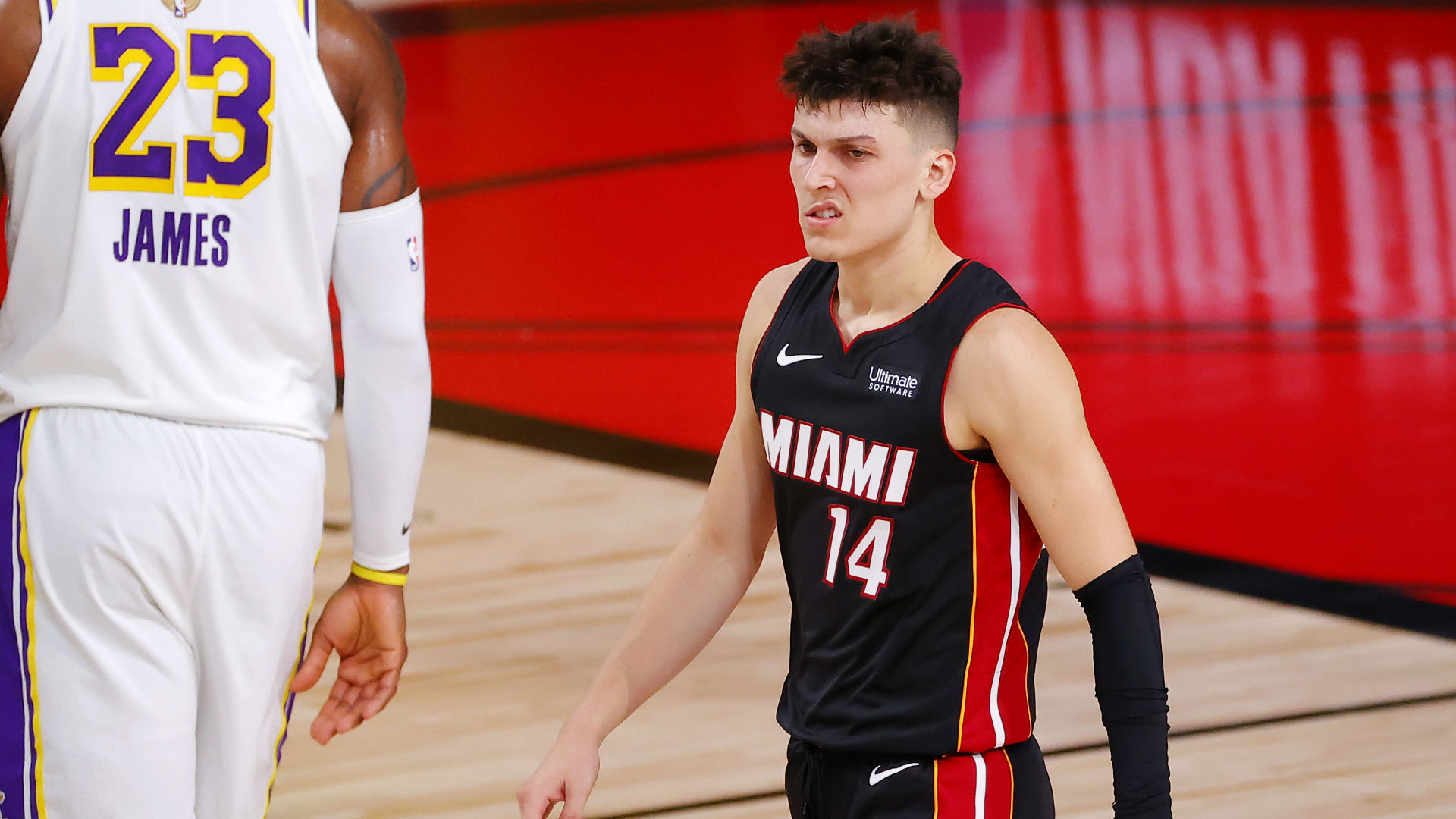 Herro, 20, was feeling feisty as his Heat got back into the series with a win over the Lakers in Game 3. The rookie guard didn’t have a great game, shooting 6 for 18 from the floor and finishing with 17 points.

And then this video of Herro snarling/sneering late in the game hit Twitter:

Which made his face the butt of jokes — and kind of a bull’s-eye, too.

Herro only missing the grill in that moment 😬