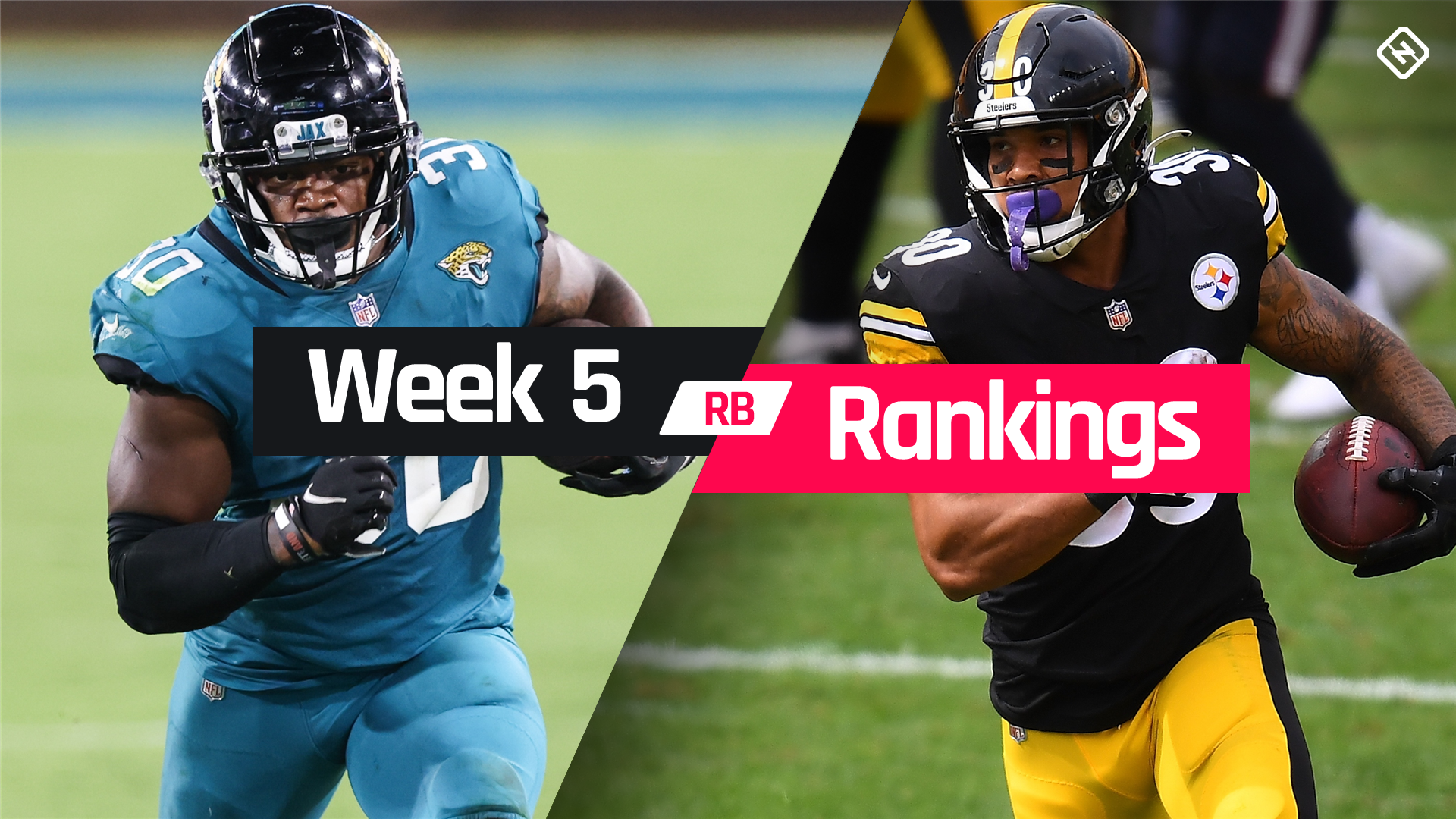 It’s never a good thing when injuries become the primary story at the running back position, but that’s exactly what happened last week. Nick Chubb (knee), Kenyan Drake (chest), and Austin Ekeler (hamstring) all went down with injuries. Their statuses will have a big-time impact on our Week 5 fantasy RB rankings, but the good news is that some reinforcements could return to the rankings in the form of Le’Veon Bell, Raheem Mostert, and Phillip Lindsay. Still, some fantasy owners might have to find sleepers and streamers to offset some of the injuries and bye weeks.

Weekly top-10 back Aaron Jones willl be idle this week, while the Lions trio of Adrian Peterson, D’Andre Swift, and Kerryon Johnson will be unavailable, as well. Jones’ absence will have the biggest impact on our rankings, but Peterson and Swift both garner flex consideration, so the position as a whole is a bit thinner.

The most noticeable change in the rankings this week is Kareem Hunt’s spot as a standard RB2. Chubb (knee) hasn’t yet been ruled out, but if he is, Hunt will instantly become an RB1, even in a tough matchup with a rock-solid Colts defense. He can do damage as a runner and as a pass-catcher, so he should have a solid week. D’Ernest Johnson will be a potential flex play after he racked up a lot of yardage splitting carries with Hunt. Meanwhile, Joshua Kelley, who will take over most of the work with Ekeler (hamstring) absent, can be trusted as a solid RB2 though the Saints are stronger against the run than they are against the pass.

Other risers this week include Todd Gurley (vs. Panthers), David Johnson (vs. Jaguars), and Antonio Gibson (vs. Rams). All three are high-volume players in favorable matchups, so they can be trusted as top-25 plays.

If you’re looking for sleepers, Devonta Freeman could be in for a nice game, as he’s in a favorable matchup with the Cowboys. It will be his third game with the Giants, so if he’s comfortable enough and the Giants can stay close in that contest, he should have a chance to post some solid numbers. Latavius Murray (vs. Chargers) and Gus Edwards (vs. Bengals) could also be sneaky flex plays — Murray for his steady role in a high-scoring offense and Edwards for his bigger-than-you-think role in a highly favorable matchup.

Reminder: As always, we expect to make plenty of changes to these RB rankings throughout the week, so check back for updates and further analysis.

These rankings are for non-PPR leagues.