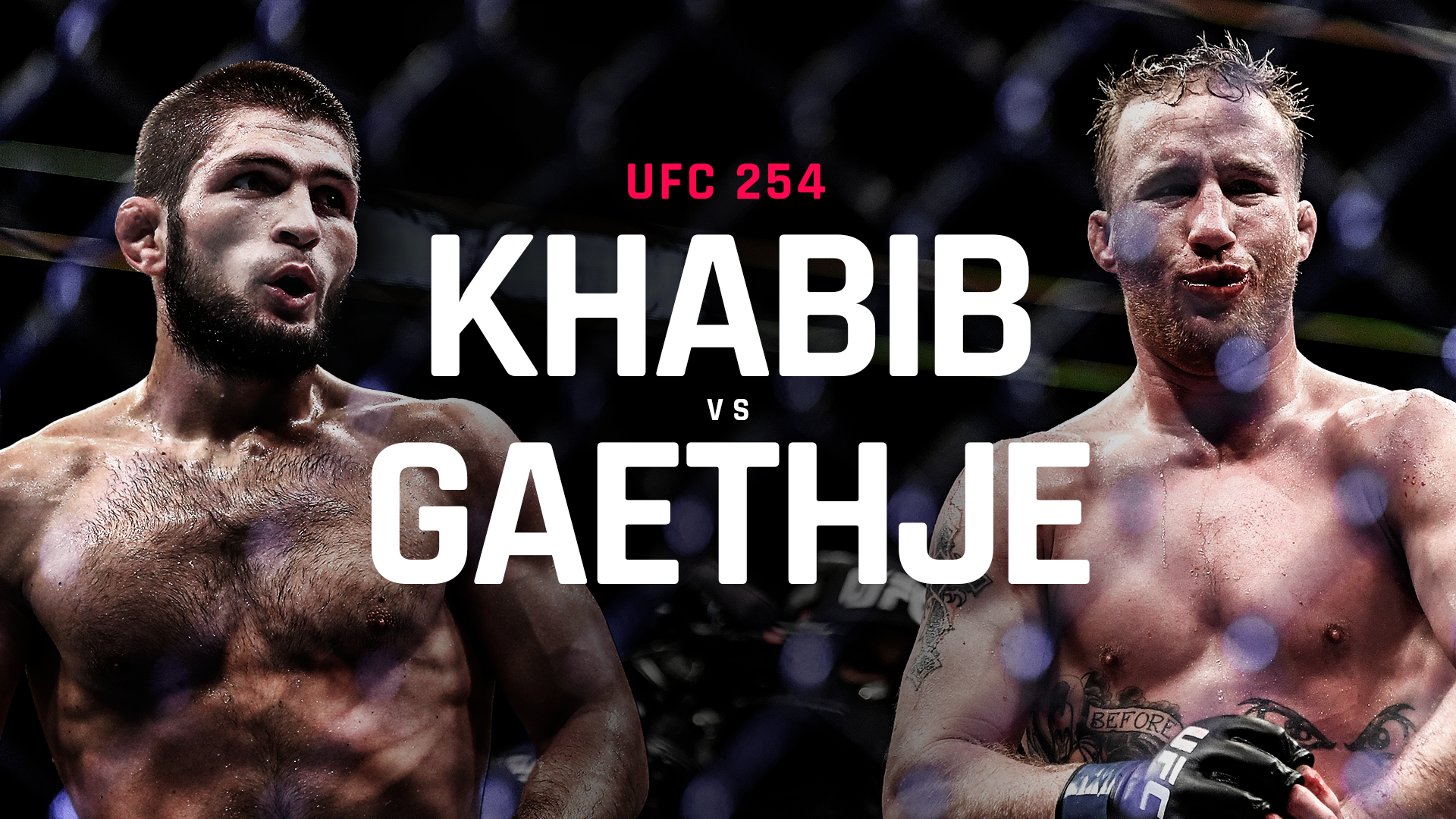 Khabib Nurmagomedov is making is long-awaited UFC return on Saturday night after the COVID-19 pandemic had kept him in Russia and led him to be scratched from a main card against Tony Ferguson earlier in 2020.

Rather than seeing Ferguson at UFC 254 as he once expected, Nurmagomedov gets Justin Gaethje, who upset Ferguson in a short-notice bout in May. Gaethje declined the interim title belt he earned then, saying he would wait for the real one after defeating Nurmagomedov.

Nurmagomedov and his undefeated UFC record stand in the way of that lightweight title grab — and Gaethje enters Saturday as a major underdog as a result.

Below is all of the information you need to for watching the main card with Nurmagomedov and Gaethje, as well as the five other headlining fights.

Because the event is taking place in the United Arab Emirates, it will be shown much earlier in the day than UFC fans are accustomed to. For East Coast fans, that means waking up a shade after 10 a.m. for early prelims and then arriving at the main card at 2 p.m. West Coast UFC viewers, meanwhile, will be done with everything early enough to get lunch afterward.

How to watch UFC 254: Khabib Nurmagomedov vs. Justin Gaethje

How much does UFC 254 cost? PPV price for Khabib vs. Gaethje

Click here to learn about the different pricing and bundling options with the ESPN+ platform.

UFC 254 is being held at the Flash Forum in Yas Island, Abu Dhabi. UFC president Dana White has made “Fight Island” a staple host for his league since the start of the COVID-19 pandemic.