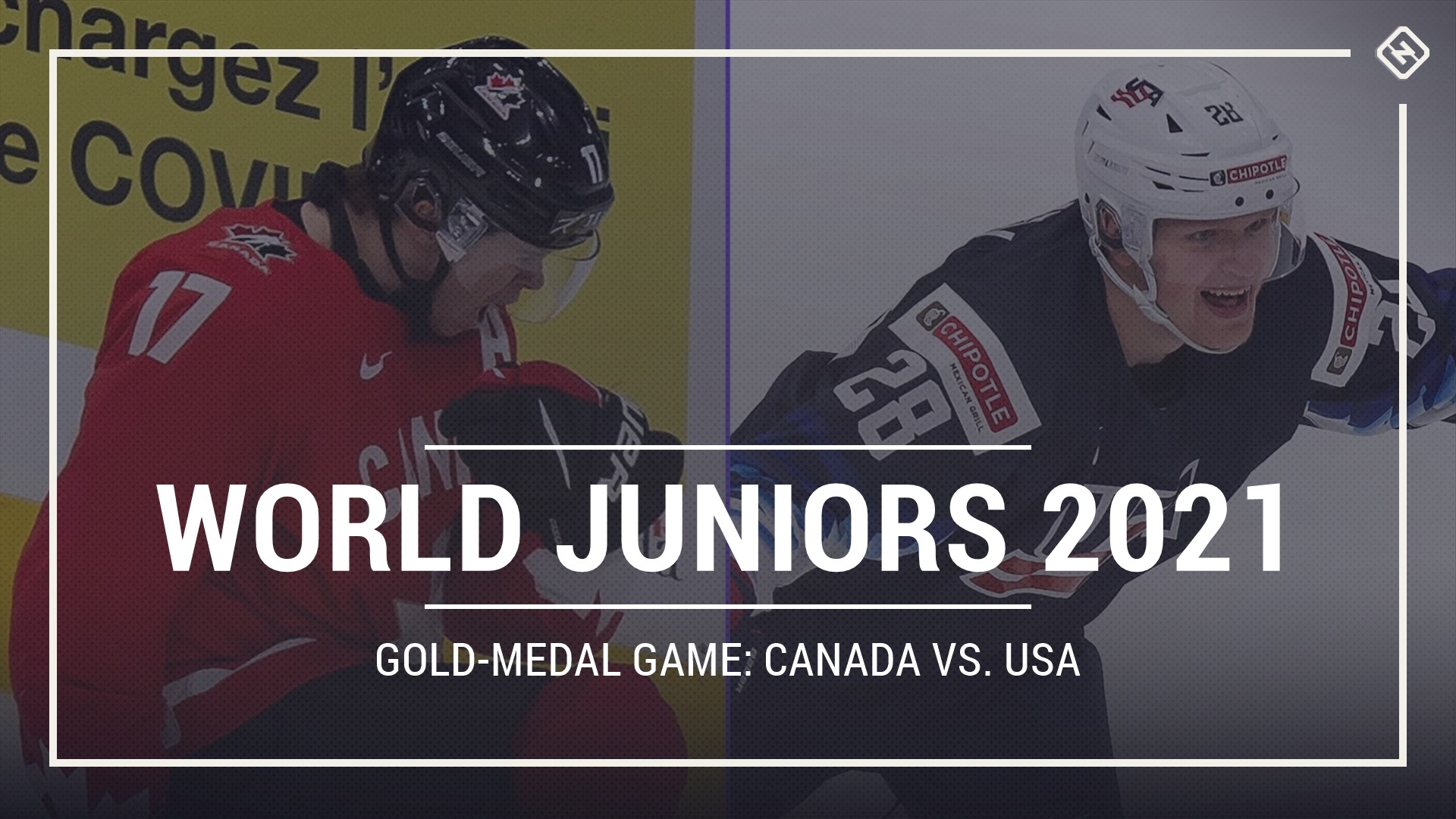 It’ll be an all-North American battle on the ice when Canada and the United States go toe-to-toe for gold at the 2021 IIHF World Junior Championship on Tuesday in Edmonton. The teams will meet in the title game for the first time since 2017, when the United States won 5-4 in a shootout on a goal by Troy Terry against Carter Hart.

In the 2021 edition, the teams advanced to their showdown in quite different fashions. The U.S. needed a goal with 76 seconds remaining by New York City’s Arthur Kaliyev to beat Finland 4-3 in the semifinals, while the Canadians easily dispatched Russia 5-0.

“This day has been marked on all of our calendars since being here,” said Alex Newhook, who scored Canada’s first goal less than a minute into its game Monday against the Russians. “To finally be here and see that the work we put in is paid off to this point, it’s exciting. We’re excited to bring that mindset into tomorrow and play our game as best we can. Go for gold.”

Bragging rights will also be on the line as a number of players will be facing off against current teammates — like Wisconsin’s Dylan Holloway (Canada) and Cole Caufield (USA) — and future ones, including netminders Spencer Knight (USA) and Devon Levi (Canada), who are Panthers draft picks.

“Obviously it’s going to be a great game,” said American John Farinacci. “It’s something that you dream about. USA, Canada and a gold-medal game, it’s always going to be a fun game and we’ve got to play a full 60 minutes if we want to get that gold medal.”

Here is how to catch the 2021 IIHF World Juniors gold-medal game between Canada and the U.S.

How to watch Canada vs. USA

Canada vs. USA: When is puck drop?