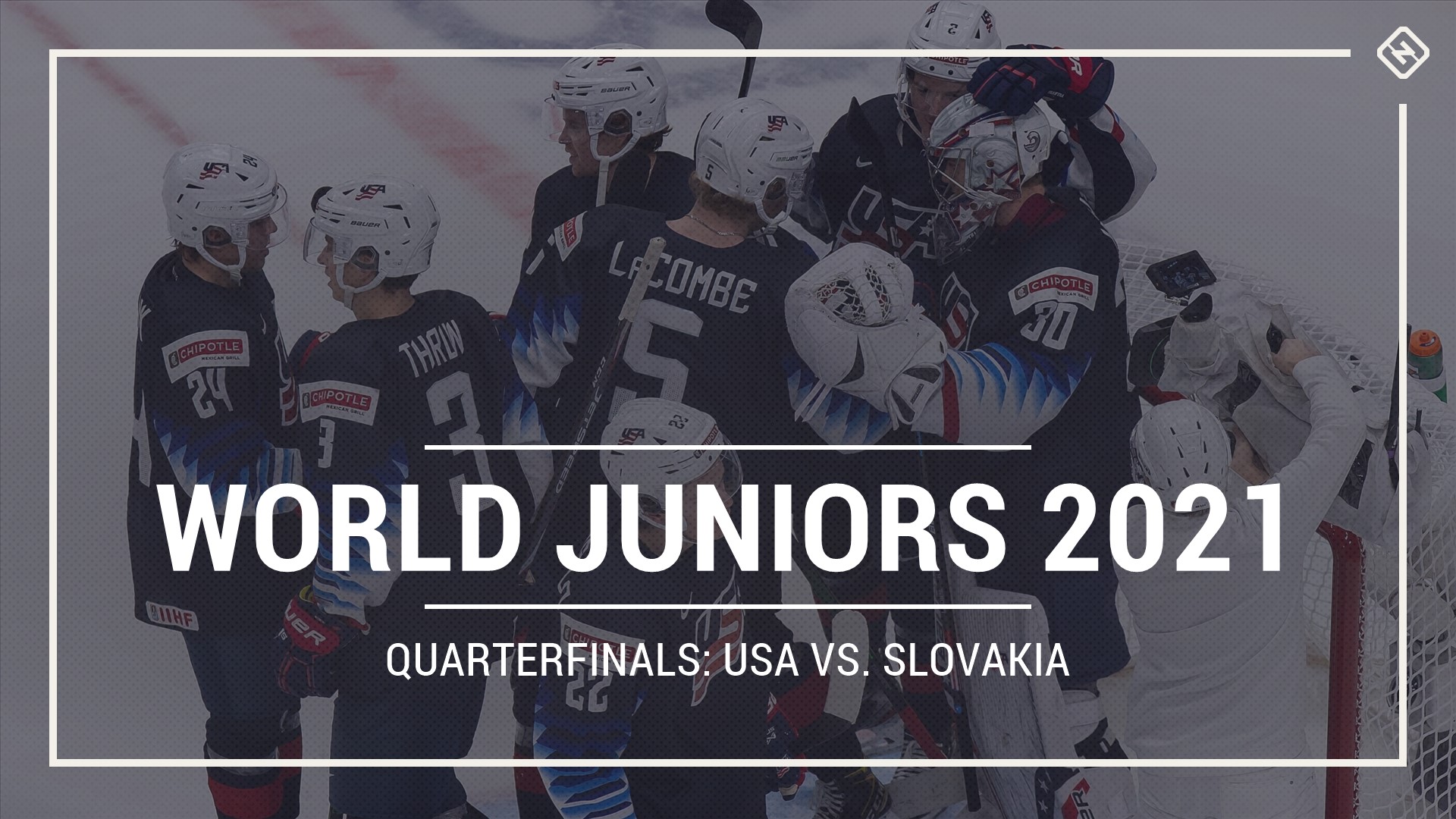 The medal round of the 2021 World Junior Championship is officially here.

After finishing atop Group B, the United States enters the tournament quarterfinals as the No. 2 seed and will face the fourth-place finisher in Group A, Slovakia. Last year, the Americans were ousted in this first medal round by Finland; eight players return from that team determined to not repeat history.

Head coach Nate Leaman would also like to keep ghosts locked up; he was an assistant coach on the 2009 squad that was upset by Slovakia in the quarterfinals. Some recognizable names on that team: 2020 Stanley Cup champions Kevin Shattenkirk and Ryan McDonagh.

Another member of that ’09 squad was James van Riemsdyk, whom Trevor Zegras tied for third on the USA’s World Juniors career points list on New Year’s Eve when he tallied three against Sweden. Zegras and now-NHLer van Riemsdyk each have 22 points, and Zegras sits atop the 2021 leaderboard with 13.

Slovakia won just one game in the preliminary round, a 1-0 squeaker over Switzerland to open the tournament. It did hold Canada to three goals in a loss as it clogged up the middle, blocked an exorbitant amount of shots and frustrated the Canadians’ high-powered offense.

Here is how to catch the 2021 IIHF World Juniors quarterfinal meeting between the U.S. and Slovakia.

How to watch USA vs. Slovakia

USA vs. Slovakia: When is puck drop?