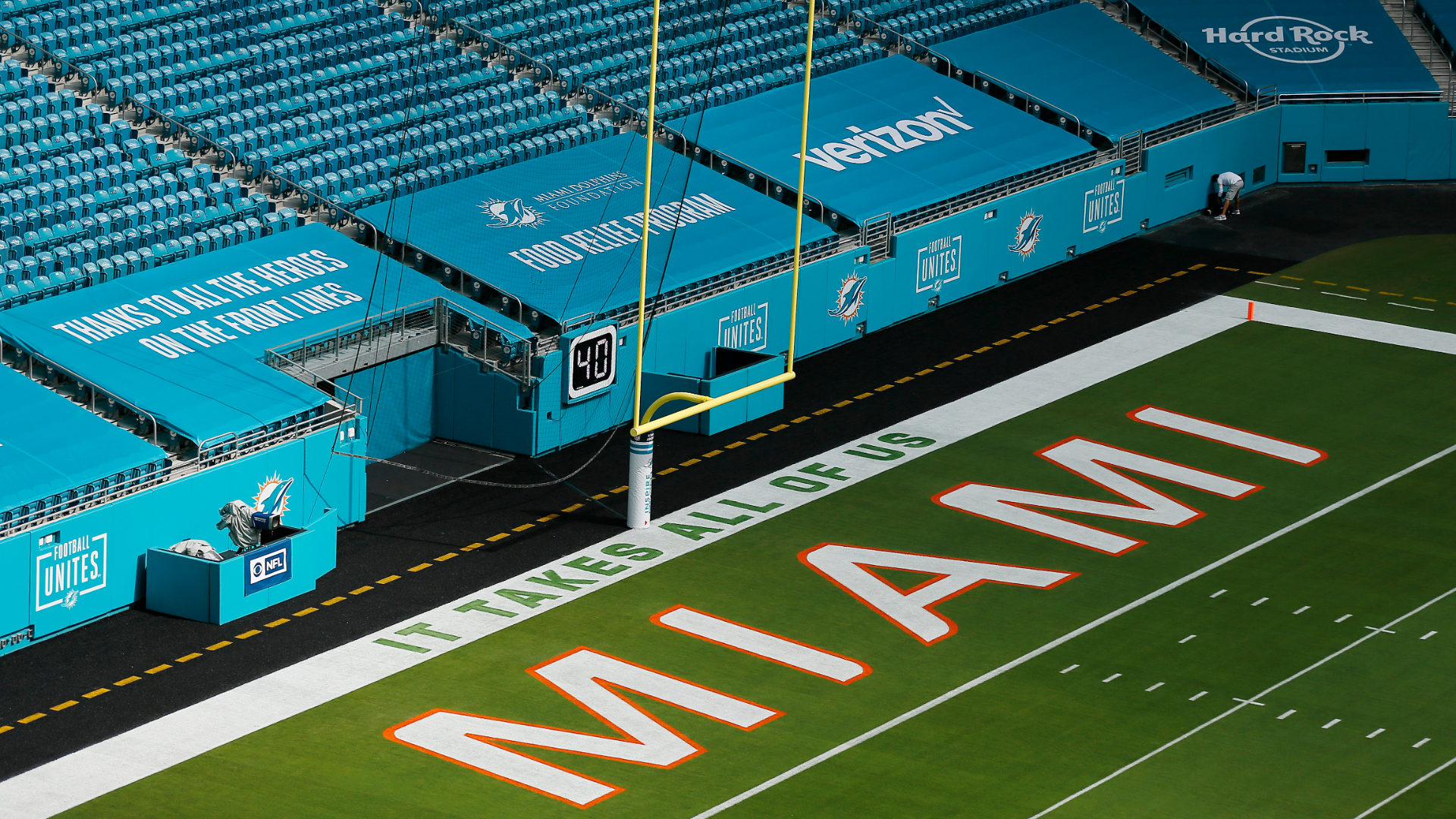 It seems as if Miami has become appointment viewing for ESPN’s “College GameDay.”

The Hurricanes make their second appearance on the show in as many weeks after beating a ranked Louisville team on the road in Week 3. This week, it’s No. 12 Miami (2-0) that will play host to incoming rival Florida State (0-1), which is not only recovering from an upset loss to Georgia Tech, but is also without first-year coach Mike Norvell, who tested positive for COVID-19 on Friday.

All eyes will likely be on Miami’s new stud quarterback D’Eriq King, who completed 18 of 30 passes for 325 yards and three touchdowns in the 47-34 romp over then-18 Louisville. He’ll face counterpart James Blackman, who completed 23 of 43 passes for 198 yards, a touchdown and an interception in the Seminoles’ 16-13 loss to the Yellow Jackets in Week 1.

That said, Florida State has had two weeks to prepare for Miami, while the Hurricanes spent Week 3 preparations for Malik Cunningham and Louisville’s high-octane offense. Will the extra time off help FSU as it aims for its win in this rivalry since 2016?

Here’s everything you need to know about “College GameDay” as it visits Florida State at Miami.

MORE: Week 4 picks against the spread for every top-25 matchup

Where is ‘College GameDay’ location for Week 4?

Saturday’s episode of “GameDay” will be the eighth Florida-State Miami matchup featured on the show — tied for the third-most all-time behind Alabama-LSU (11), Ohio State-Penn State (10) and tied with Florida-FSU (10) and Florida-Tennessee (10). It will be the first time the show visits Miami since 2017, when the seventh-ranked Hurricanes beat No. 3 Notre Dame 41-8.

Good news for the Hurricanes, who make their 23rd appearance on “GameDay”: They’re 7-0 when playing host, including 3-0 against the Seminoles. In all, they’re 5-2 against Florida State on “GameDay,” and 14-8 all-time.

Florida State, meanwhile, makes its 35th appearance on “GameDay,” going 17-17 all-time heading into Saturday’s game. They are 2-5 against rival Miami when both are featured on the show, and 7-8 all-time as the visiting team.

The “College GameDay” crew of Kirk Herbstreit, Rece Davis, Desmond Howard and David Pollack will preview Week 4’s college football action live from Miami, though it’s uncertain whether that will be on Miami’s Coral Gables campus, outside Hard Rock Stadium in Miami Gardens, Fla., or somewhere else in Miami. Lee Corso, whose health is at greater risk should he contract COVID-19, has to this point set up a remote office set up in his home. The game will be broadcast on ABC with kickoff set for 7:30 p.m. ET.

“GameDay” will almost certainly move to SEC country in Week 5, with potential sites including Tuscaloosa, Ala. (No. 10 Texas A&M at No. 2 Alabama) and Athens, Ga. (No. 8 Auburn at No. 4 Georgia).

Who is the guest picker on ‘College GameDay’ for Week 4?

“GameDay,” which typically waits till later in the week to announce its celebrity guest picker, has no shortage of Miami stars to bring on. Considering the rivalry status of Saturday’s game, it’s likely they’ll go with someone associated with the football program: Potential guests who have never appeared before include former defensive lineman Warren Sapp, former coach Jimmy Johnson and tight end Greg Olsen, among others.

Sports Insider lists Miami as an 11.5-point favorite over the Seminoles. Sporting News’ Bill Bender has the Hurricanes winning 31-19 and covering the spread.