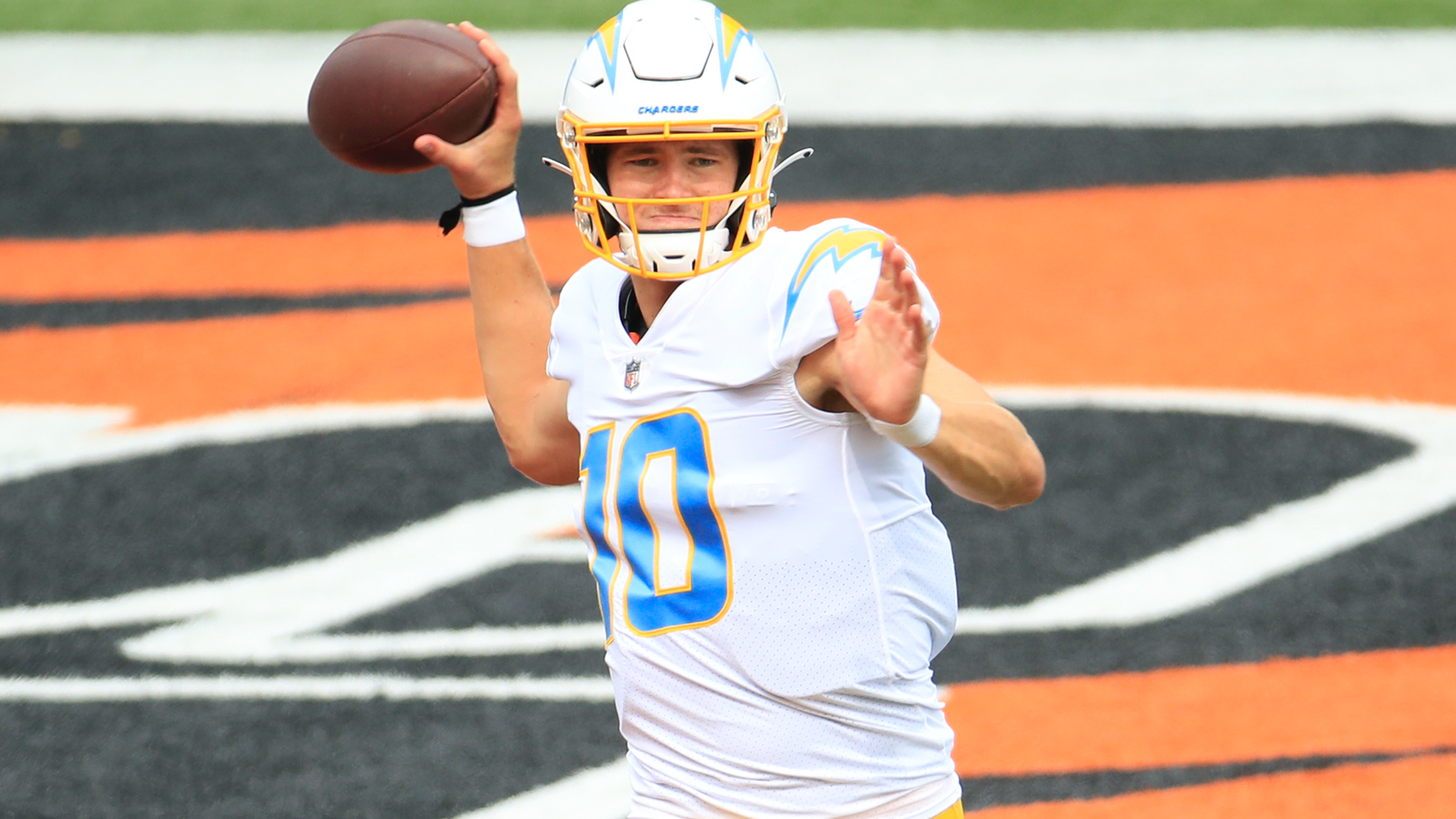 Chargers quarterback Justin Herbert got an unexpected start Sunday afternoon against the Chiefs after Tyrod Taylor was scratched from the lineup just before the contest started.

Herbert, a rookie from Oregon, had been expected to sit behind Taylor for most of the year to develop his first-round arm for the future. Instead, he has been thrust into duty.

Taylor reportedly is dealing with an injured chest.

UPDATE: Taylor has officially been ruled out for the entire game.

Herbert ran for a first-quarter touchdown against Kansas City, which came in as the heavy betting favorite regardless of the opposing quarterback.

The Chiefs, of course, let Patrick Mahomes sit behind veteran Alex Smith for a year before unleashing him on the NFL.

This is a developing story that will be updated.