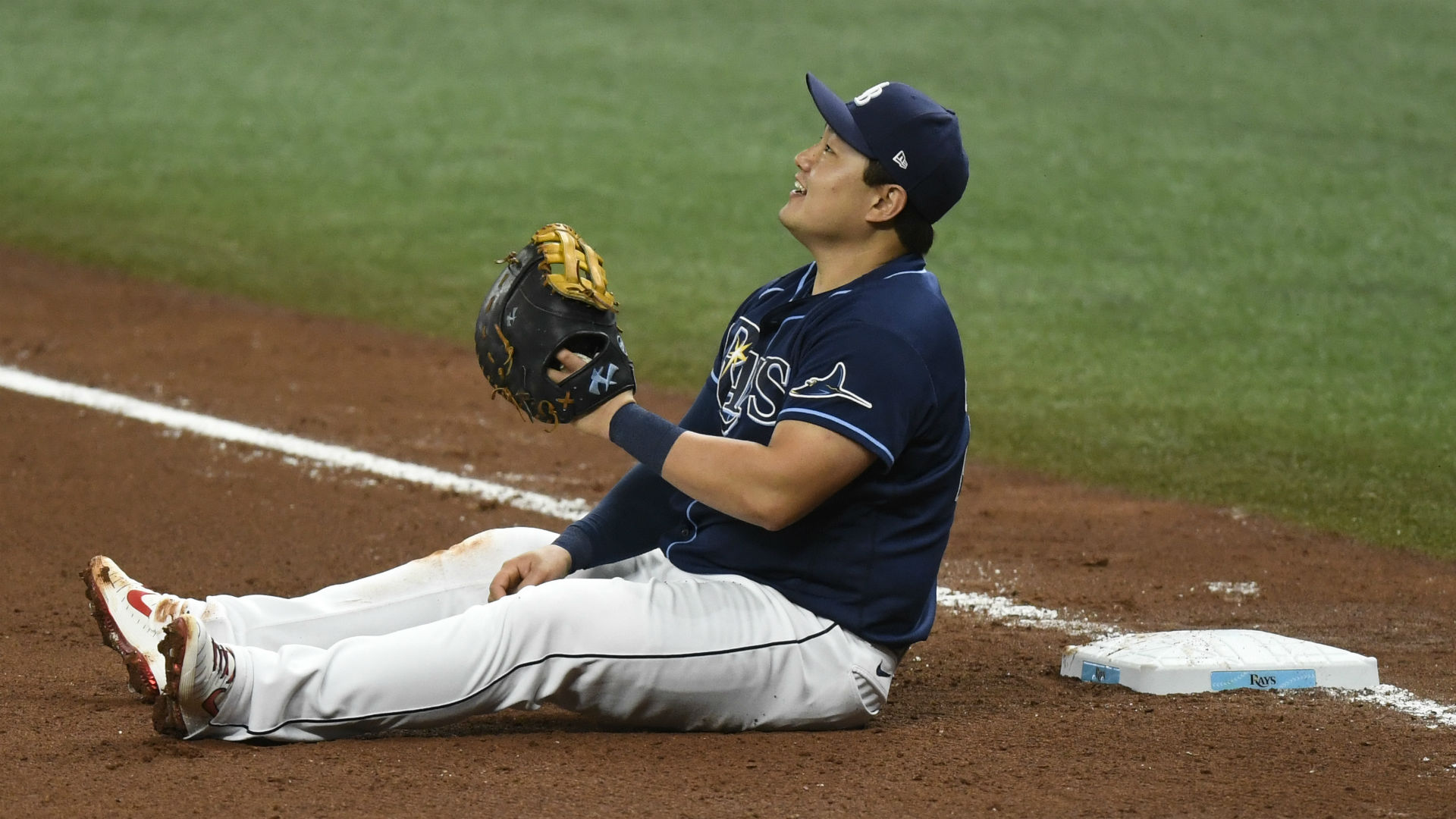 Ji-Man Choi played for the Yankees in 2017. He homered in his first two games in pinstripes. But he only played four more games for the Yankees before moving on in the offseason. Three years later, New York could regret letting Choi go.

The Yankees take on Choi’s top-seeded Rays in the ALDS beginning Tuesday night. The South Korean first baseman has turned into a fan favorite with the Rays, combining a powerful left-handed bat with a smile that rarely leaves his face on the diamond. Generously listed at 6-1, 260 pounds, Choi doesn’t outwardly strike fear in the hearts of opponents. But he has big numbers against Gerrit Cole and a game that outdoes first impressions.

Choi should start Game 1 of the ALDS near the top of the Rays’ order against Cole. And if history is any indcation, he’ll find success, too. While Brandon Lowe, Randy Arozarena and Hunter Renfore have been the Tampa Bay hitting stars of late, it’s Choi, the most fun player left in the postseason, who could swing the ALDS in the Rays’ favor.

Cole will get all the pregame hype ahead of his Game 1 start. He was the Yankees’ big-money signing for games like this, they’ll say. It’s Cole who’s supposed to help deliver a 28th world championship to the Bronx.

Then Choi will step in and the tables, at least temporarily, will turn. Choi is 8 for 12 against Cole in his regular-season career (to go with 1 for 5 lifetime in the postseason off the right-hander). That includes three home runs and three doubles, and no one has hit for a better regular-season average against Cole in at least 12 at-bats than Choi.

An MLB Network segment Monday morning broke down Choi’s nine overall hits off Cole. Most of the hits came with two strikes, and on a variety of pitches. While the book on Cole is to ambush his fastball early, Choi doesn’t seem to mind working the count — that as much as anything suggests he sees the ball well out of Cole’s hand.

“He’s a great pitcher and I just think facing him brings the best out of me,” Choi told the New York Post recently. “Just with the experience of facing him last year in the playoffs and two times this year, it’s getting me comfortable facing him.”

It doesn’t really matter the play. Choi smiles after striking out against a nasty pitch. He smiles after making plays in the field. He definitely smiles after hitting home runs.

It’s hard to watch Choi and think anything other than, “This guy really enjoys being on the baseball field.” In a modern MLB that has in some ways become robotic — similar mechanics, similar approaches, similar outcomes — Choi’s smile can stand out. You can get a good look at Choi’s enthusiasm in this clip from Cut4:

Earlier this season, after hitting a cue-shot single, Choi demonstrated that he’d be a great pool player (who’d have a smile on his face playing that game, too).

And check out how happy Choi was in this Instagram post during and after fishing with his family in South Korea during quarantine.

Choi can pick it

Choi has been dealing with a hamstring injury that has prevented him from consistently playing the field since mid-September. But Tampa Bay left backup first baseman Nate Lowe off the ALDS roster, suggesting we’ll get to see Choi play first base, too. Choi’s frame wouldn’t point to him being a great fielder, but his stats in 2020 were above average, and he passes the eye test with the soft hands he uses to pick the ball out of the dirt.

Fangraphs shows Choi was above average in both Ultimate Zone Rating per 150 games (1.7) and Range Runs Above Average (1.3). That’s an improvement on being a slightly negative fielder in 2019, so maybe he breaks down about even overall. But it sure is fun to watch Choi play first base.

Choi can hit right-handed, too

Choi is officially a left-handed hitter. He’s not a switch hitter. Yet earlier this season, Choi hit a home run right-handed. Choi taught himself to switch-hit in 2015 but hadn’t broken it out in game action. That changed July 26.

His first time batting right-handed in the major leagues ended with a strikeout, so it seemed that maybe the experiment would end. Nope. Batting against Toronto’s Anthony Kay for a second time from the right side, Choi launched a ball deep to left-center and out of Tropicana Field.

Ji-Man Choi batted left-handed for the first 250 games of his #MLB career. He is now switch-hitting, and after striking out in his first at bat righty, he just homered right-handed. #RaysUp pic.twitter.com/8MT4VM5hgl

Baseball Reference’s splits page appears to get a bit thrown off in how to classify Choi’s right-handed at-bats, but it looks like he’s tried hitting from the right side about 10 times in 2020. It’s unlikely we’ll see Choi try that in the ALDS — the platoon-minded Rays are more likely to pinch hit than openly allow Choi to do that. But who’s to say Choi won’t walk up and position himself in the right-handed batters’ box all by himself? It worked once this year already, after all.

Mank’s Lily Collins Had Very Little Real Information About Her Character While Preparing For The Netflix Film
16 Blockbuster Movies to Watch at Home While Theaters Are Closed
david pro live concert [2021]
Illogical Sound – Live in Rome 1982 [Full Concert]
What channel is Patriots vs. Cardinals on today? Time, TV schedule for Week 12 NFL game