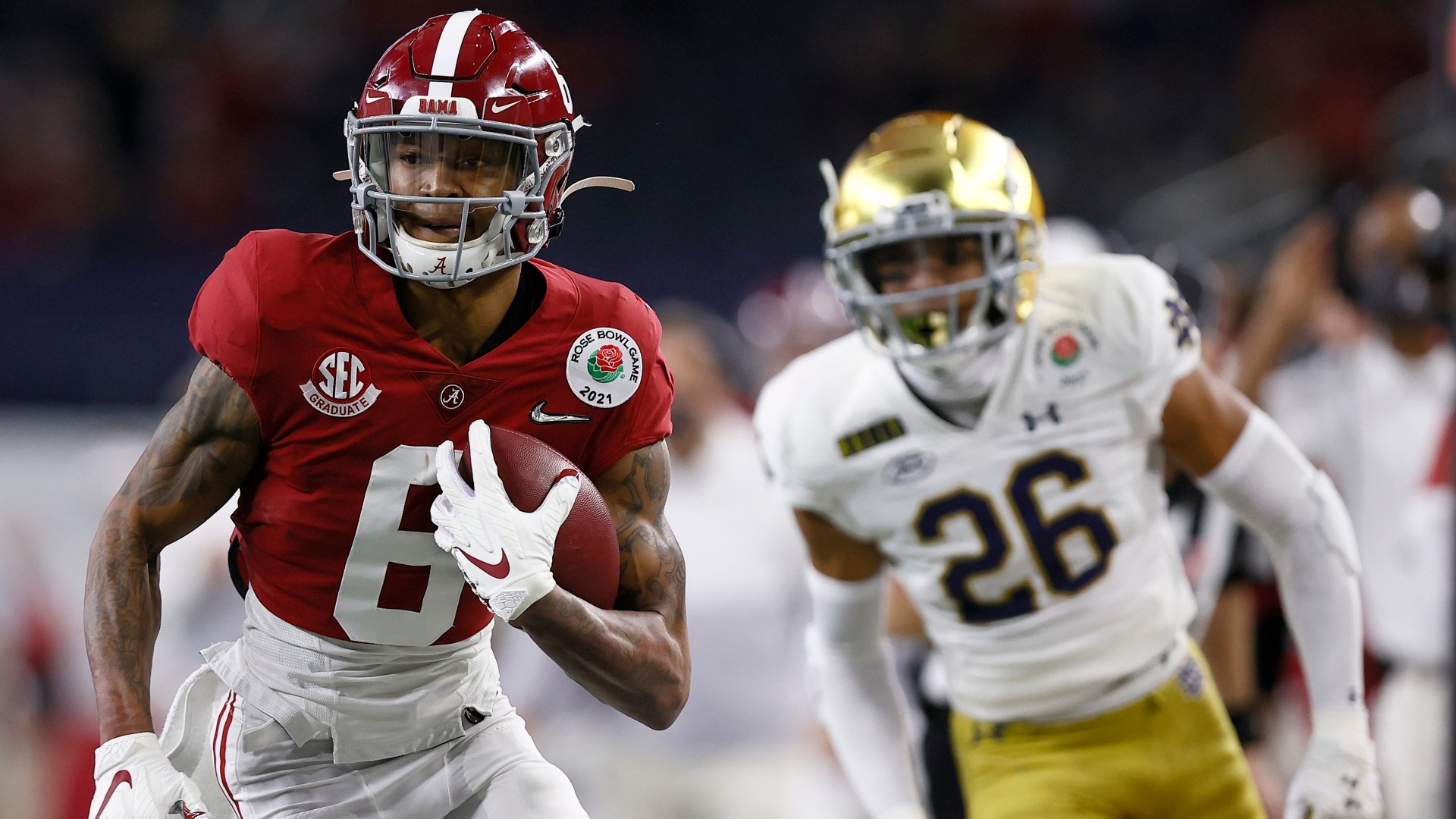 Alabama’s DeVonta Smith can become the fourth wide receiver to win the Heisman Trophy in its 85 years and the first since 1991.

ESPN will announce the winner at the 86th Heisman Trophy Ceremony on Tuesday at 7 p.m. ET on ESPN. Smith is one of four finalists along with three quarterbacks: Alabama’s Mac Jones, Clemson’s Trevor Lawrence and Florida’s Kyle Trask.

Smith could join an exclusive group within the fraternity as a result. Sporting News looks at how receivers have fared winning the Heisman Trophy.

MORE: The case for and against each 2020 Heisman candidate

Who is the last wide receiver to win the Heisman?

Howard had 62 catches for 985 yards and 19 TDs. He added 180 rushing yards and two TDs, and he totaled 684 return yards and two more TDs between kicks and punts.

Howard was more than stats. He provided two Heisman moments with a spectacular diving catch against Notre Dame and a punt return against Ohio State in which he struck the “Heisman pose.”

How many wide receivers have won the Heisman Trophy?

Rodgers time between receiver and running back. Rodgers had 58 catches for 1,013 yards and nine TDs. He added 73 carries for 348 yards and 10 TDs.

Brown had 39 catches for 846 yards and three TDs. He added 34 rushes for 144 yards and a TD. Like Howard, Brown was an electric returner. He had 857 return yards between kicks and punts, and that included three punt returns for TDs.

Since 1991, five receivers have finished in the top four in the Heisman Trophy voting. A look at those receivers:

Moss had 96 catches for 1,820 yards and 26 TDs and was a threat in the return game. He finished fourth in a Heisman class that featured Charles Woodson, Peyton Manning and Ryan Leaf.

Fitzgerald finished second in the voting in 2003. Fitzgerald had 92 catches for 1,672 yards and 22 TDs. Oklahoma’s Jason White beat out Fitzgerald for the Heisman.

Lee finished with 118 catches for 1,721 yards and 14 TDs as a junior in 2012. He finished fourth in the voting behind Johnny Manziel, Manti Te’o and Collin Klein.

Westbrook had 80 catches for 1,524 yards for 17 TDs. He added 325 return yards and a TD along with 101 rushing yards. Westbrook finished fourth behind Lamar Jackson, Deshaun Watson and Sooners teammate Baker Mayfield.

What is DeVonta Smith’s Heisman moment?

Smith didn’t strike the Heisman pose after a punt return for a touchdown against Arkansas on Dec. 12, but he backed his case in the Crimson Tide’s last two games.

In the SEC championship game victory against Florida and the CFP semifinal victory (after the voting) against Notre Dame, Smith totaled 22 receptions for 314 yards and five TDs.

He is the favorite to win the Heisman. Smith was asked what that would mean to represent all receivers and win the award in a press conference Monday.

Why Harry Potter’s Rupert Grint Chose To Speak Out On His Own Against J.K. Rowling’s Transgender Comments
Of Course Arnold Schwarzenegger’s Official Welcome To 2021 Post Included An Animal And A Cigar
Will Top Gun Maverick Have To Move Its Release Date Again?
As James Earl Jones Turns 90, The Wire’s Wendell Pierce Pays Tribute To His Mentor
CONCERT GONE WRONG!!!/ GOODS VIBES, SELF QUARANTINE, SOCIAL DISTANCING