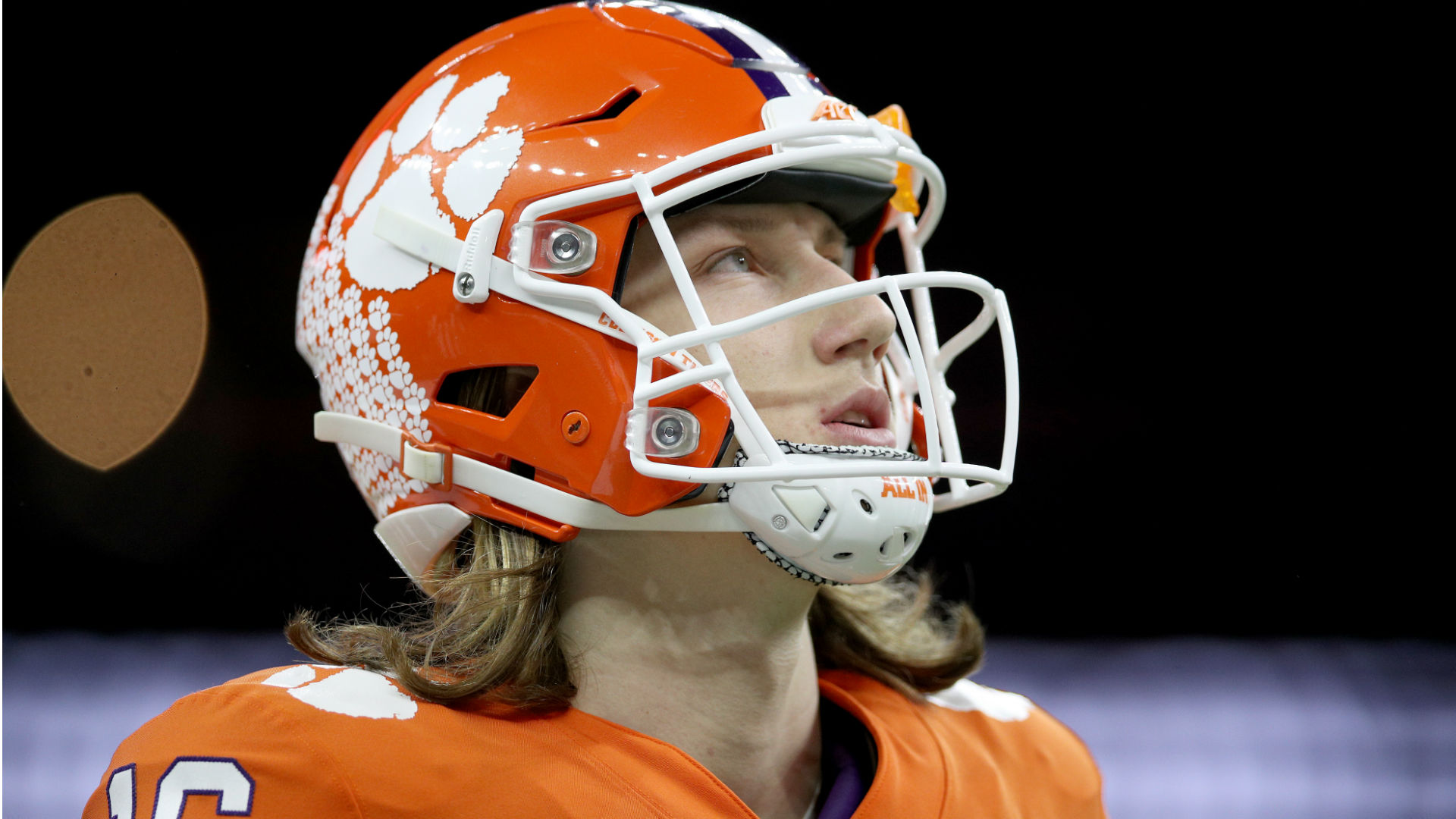 It’s been the assumption for months and months that Trevor Lawrence will declare for the 2021 NFL Draft and presumably play for whichever team winds up with the No. 1 pick.

The Clemson quarterback doesn’t have to declare, though. He’s only a junior and could conceptually return to college for one more season. It’s not a path many, if any, expect him to take, but it’s not entirely off the table. A declaration for the draft likely means Lawrence goes to the Jaguars, who secured the No. 1 pick over the Jets. Either that or he tries to pull an Eli Manning and leverage his way to a trade.

Here’s what you need to know about Lawrence’s possibilities as far as the NFL Draft goes.

MORE: Why Trevor Lawrence is a much better fit with Jaguars than Jets

Will Trevor Lawrence declare for the NFL Draft?

While Lawrence has left the door open throughout the season when the draft question has come up, the general expectation is that he’ll head to the NFL. Rarely does a player so assured of a top pick head back to school for another year, with the risk of injury or regression in football being too great.

One NFL source told ESPN’s Adam Schefter earlier in the season: “You have a better chance of winning the Boston Marathon than he does of going back to school.”

Lawrence has mostly said all the right things in the hopes of focusing on his junior season at Clemson rather than on what’s to come.

“I’m just trying to enjoy my last few months here if that’s what it’s going to be,” Lawrence said in November, according to 247Sports. “Whatever I decide to do, you guys will know in January or February. I’m not trying to make a stir. I don’t want any more people talking about me than they already are. My thing is I’m not going to corner myself. I’m leaving the door open for all my options. That’s really all I’m going to say about it.”

When is the deadline to declare for the NFL Draft?

The NFL Draft declaration deadline is Jan. 18, which is a week after the national championship game. That means if Clemson wins its semifinal game, Lawrence will play for a national title and then have a week to fully make up his mind about the NFL.

Complicating matters somewhat this year is the NCAA granting players an extra year of eligibility due to the pandemic-altered season. That means the draft declaration deadline affects not only juniors but also seniors. It’s not expected to have a heavy impact on Lawrence’s decision, though.

The Jaguars will pick first in the 2021 NFL Draft, and there’s absolutely zero expectation of them trading that pick away. But what if Lawrence pushed for a deal to wind up in a different destination? While there’s been no indication of such a thing so far, it’s what Eli Manning did in 2004 to end up with the Giants instead of the Chargers.

ESPN wrote recently that Lawrence has “enough juice for the same type of power move” as Manning, according to anonymous agents and personnel people.

“(Lawrence could) easily hold an auction between Adidas, Under Armour and Nike, and come out of that doing really well,” ESPN’s Mike Tannebaum said on ESPN.com. “He could come out and say, ‘Hey, I’m only playing in one of these four cities.’ Or, ‘Don’t draft me because I’m not going.’ His leverage is he will be financially set by his off-the-field money.”

Jacksonville does present strong offensive weapons in the form of running back James Robinson and wide receivers DJ Chark and Laviska Shenault Jr. But it’s also not a marquee market or a franchise with a history of much success. The general thought in that ESPN piece was that Lawrence’s camp would be silly to not at least think about the implications of forcing a move.

Will Trevor Lawrence be drafted No. 1 overall?

You’d be hard pressed to find a mock draft that doesn’t list Lawrence as going first overall. He’s considered a generational quarterback prospect in the same way John Elway, Peyton Manning and Andrew Luck were. The NFL is as much a quarterback league as it ever was, so passing on the best QB to come out of college in years wouldn’t make sense for all but a few teams in the league.

Lawrence’s only two plausible paths for not going first now that the Jags have locked up the pick are injury or forcing a trade. If Lawrence suffered a serious injury between now and the draft, Jacksonville would at least have to consider the selection a bit more. And if Lawrence were to force a move, he could wind up as the nominal No. 1 pick going to a team not picking in that spot.

Flora And Ulysses Star Ben Schwartz Reveals The Scene That Sold Him On The Movie. Until He Filmed It And Quickly Realized He’s Not An Avenger
The Rolling Stones Live Full Concert Stadion Strahov, Prague 5 August 1995
Canelo vs. Yildirim PPV price: How much does it cost to watch Canelo Alvarez’s fight on DAZN?
Coming 2 America’s Director Explains Why He’s Happy About Its PG-13 Rating
How Drew Brees’ hair could point to potential retirement decision