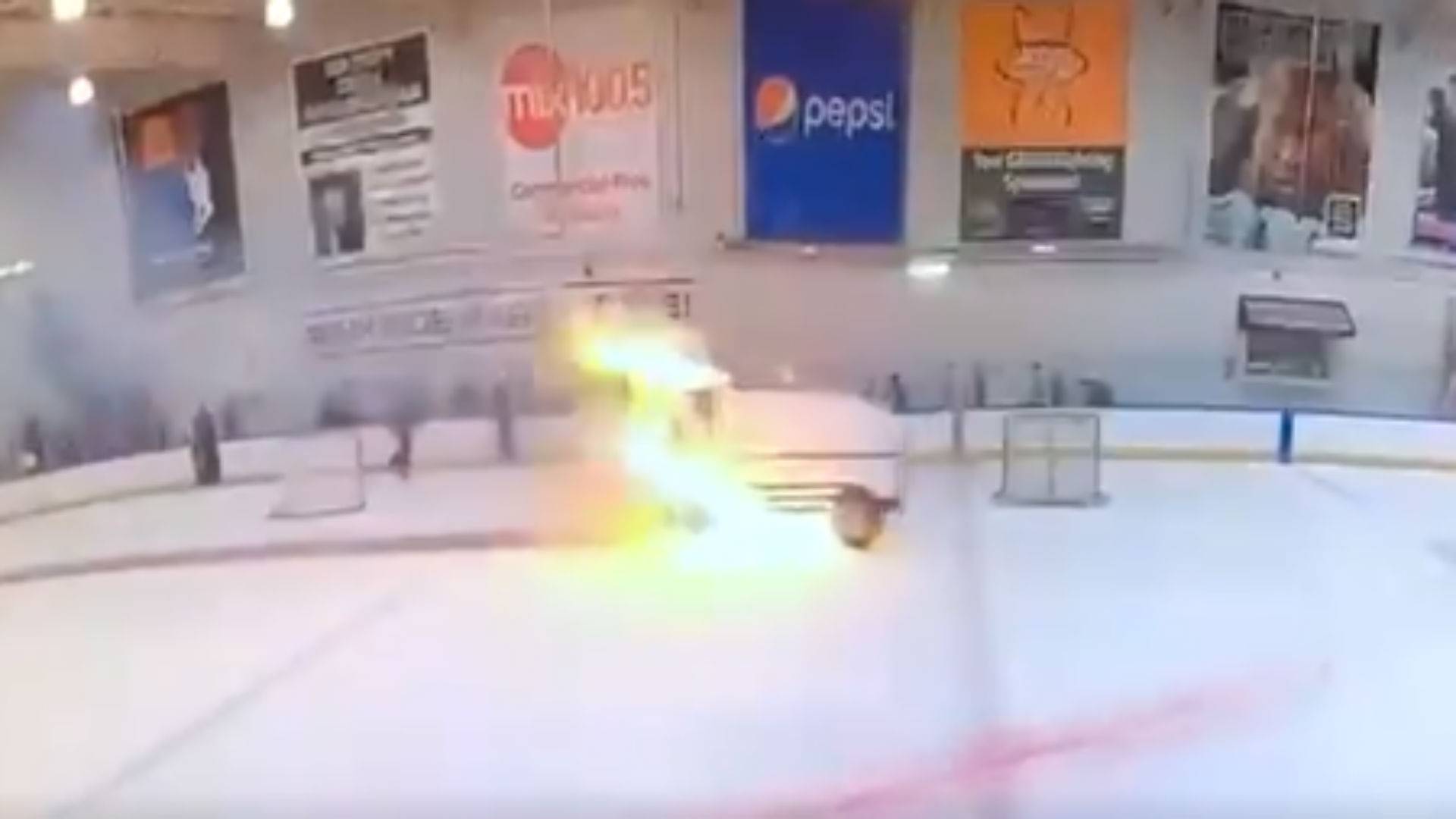 Fire and ice don’t often meet, but they did at a Rochester, N.Y., ice rink Wednesday night.

A Zamboni caught fire as it resurfaced the ice at Bill Gray’s Regional Iceplex on Monroe Community College’s campus in upstate New York. No players were on the ice when the flames burst, and no one was injured, including the vehicle’s driver.

Video shows the ice resurfacer — it’s not clear whether it’s an official Zamboni brand — making its usual path down the ice between game play. Smoke begins to emerge from the engine area, and as the driver starts to take a look, the vehicle bursts into flames.

According to local ABC affiliate 13 WHAM, a hose on the vehicle broke, which leaked fluid onto the motor and caused the fire. The driver can be seen driving the Zamboni machine off the ice and into a far corner outside the rink, where the flames are then apparently put out. There’s also a shaded-red path left where the vehicle drove on its way out of the rink, potentially giving away the fluid leak.

While not every ice resurfacer is created by Zamboni, that’s the popular name for the vehicle, which was originally created by Frank Zamboni. No reports have made clear the brand of the vehicle that caught fire in Rochester on Wednesday night.

A Zamboni machine has caught fire before. In 2007, one of the vehicles caught fire at an ice rink outside of Philadelphia. That fire was caused in similar fashion to Rochester’s, with hydraulic fuel leaking onto the ice to start the fire.